Watch our latest video, which features Chapman University computational neuroscientist Uri Maoz discussing the latest research into the enduring mysteries of free will. What does the neuroscience of free will reveal about how we make decisions, and what does that imply about our ability to consciously control ourselves and our future? Maoz is the leader of a major project backed by $5.3 million in funding from the John Templeton Foundation that sets out to test whether a robust understanding of free will can be backed by scientific evidence.

Learn more on the latest research by reading this white-paper on the philosophy, psychology, theology, and neuroscience of free will.

Beginning in 2019, a 17-member international team of leading neuroscientists and philosophers began to undertake an ambitious four-year set of studies to expand our understanding of decision and action, funded by a $5.3 million grant from the John Templeton Foundation. The project in the neuroscience of free will, led by Uri Maoz, seeks to tease apart whether it can be shown that our behavior is guided by conscious intentions, reached by rational deliberation — in essence, whether this robust understanding of free will can be backed by scientific evidence. 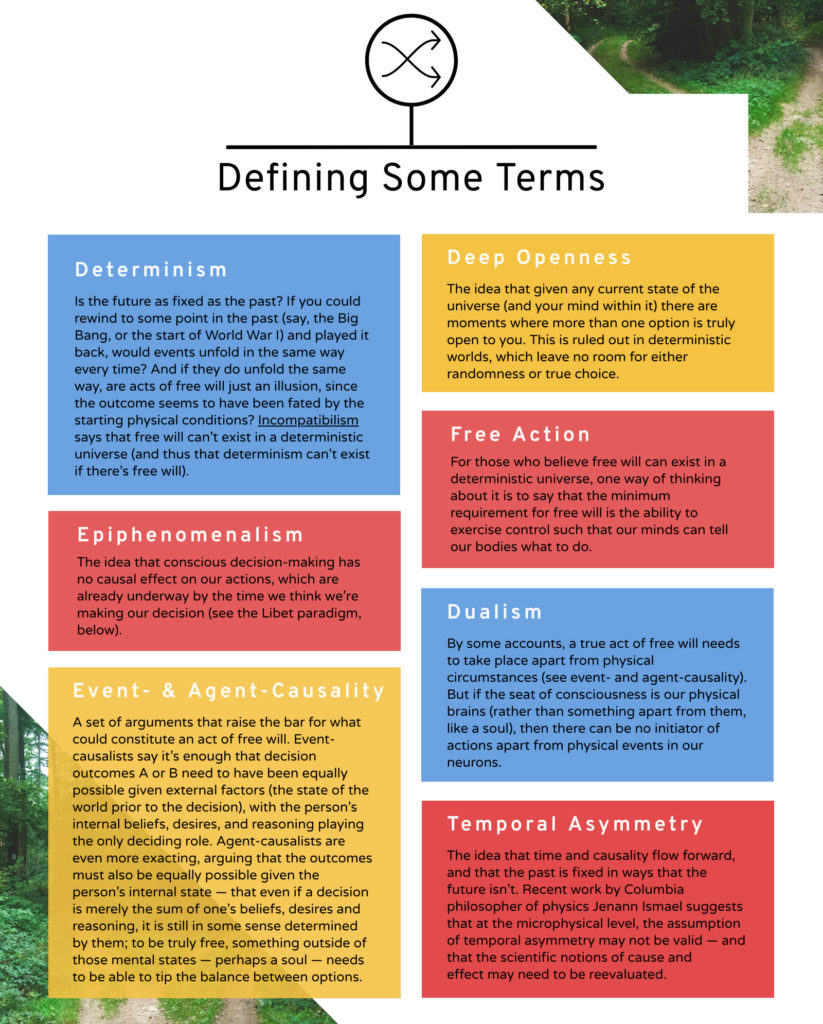 A series of philosophically-guided experiments will use brain imaging techniques together with computational modeling to develop a sophisticated understanding of the causal relationship between intentions and their associated actions. This project will use Benjamin Libet’s seminal 1980s experiments as a jumping-off point. These studies purported to show that participants’ brains initiated simple actions like pushing a button before the participants had consciously decided to act, suggesting that many apparently conscious decisions might simply be post-hoc stories we tell ourselves about processes initiated unconsciously. The experiments carried out by Maoz and his collaborators will work to establish neural markers that distinguish between conscious and unconscious decisions, and between decisions undertaken with deliberation and those taken arbitrarily. If — as Libet’s experiments suggested — a person’s neurological transcript of the decision-making process tells a story that differs significantly from his self-reported timeline of the decision, it would be evidence that the action was not, in fact, a direct result of a conscious decision.

STILL CURIOUS ABOUT THE NEUROSCIENCE OF FREE WILL?