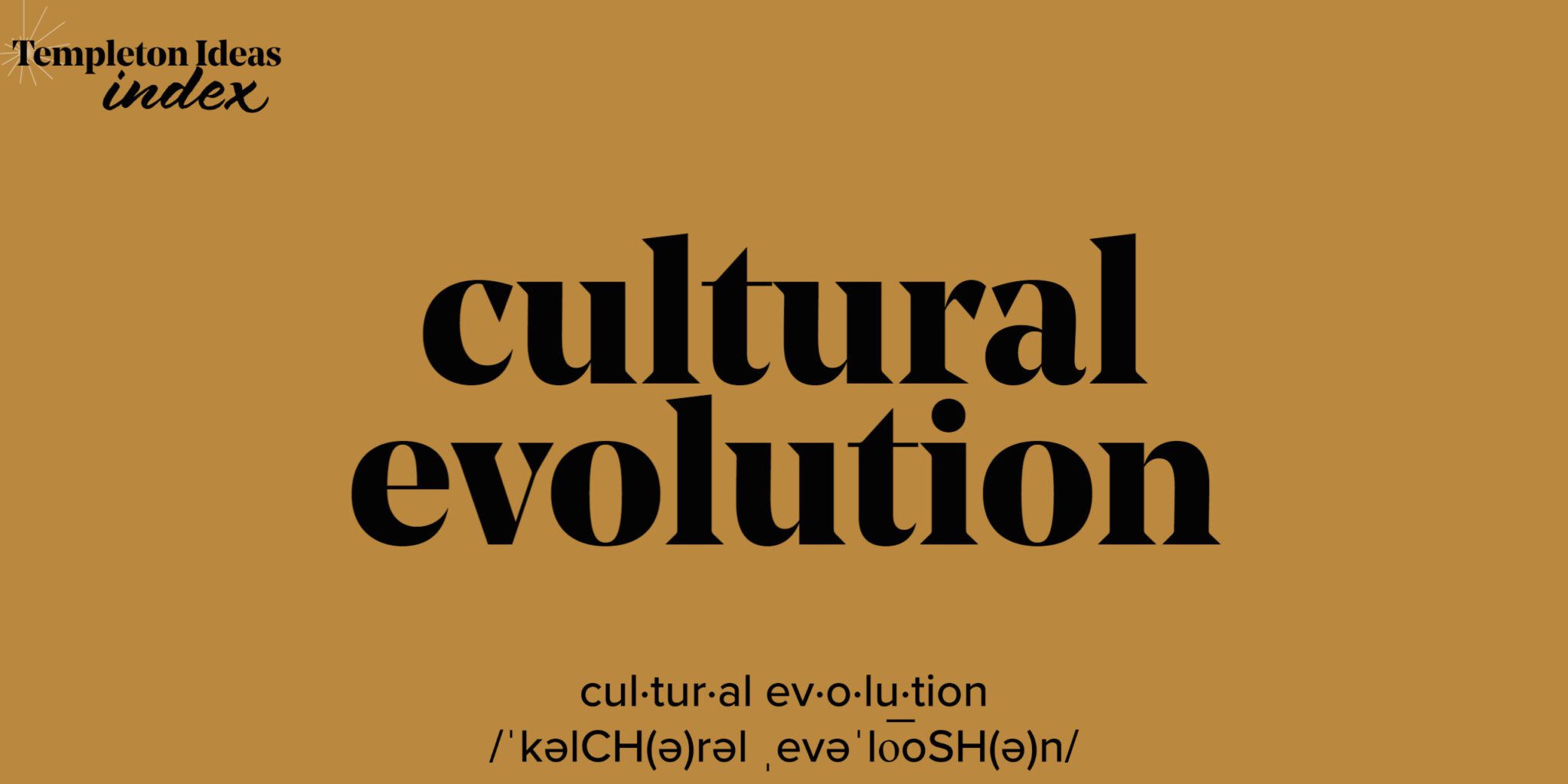 Cultural Evolution is the process of change in a culture (or any element of a culture) over time.

The term “evolution” is used to draw a parallel between cultural changes and changes that occur in genetic evolution. Sometimes cultures seem to evolve relatively independent of obvious genetic evolution, as when different people in different parts of the world form diverging languages, styles of clothing or religious practices, or when songbirds’ distinctive trills change over time. At other times, cultural evolution can lay the groundwork for genetic change: 6,000 years ago, people living in what is now Kenya and Sudan were consuming dairy products even though they lacked a key “milk gene” allowing them to digest them. But when the mutation arrived, the already-existing cultural practice made it advantageous, allowing it to spread throughout the population.

As a field of study, cultural evolution helps complete the picture of how human societies and cultures (as well as those formed by other species) got to be how they are, and providing insight into how they might continue to change in the future.

Despite touching on similar terms and metaphors, the field is largely distinct from both Social Darwinism and from Richard Dawkins’ popular theory of memes as the cultural equivalent of genes. Social Darwinism applied some of the conclusions of evolutionary theory to the service of a set of social agendas supporting a biased and linear view of cultural change (from “savage” to “civilized”) that worked to justify and further entrench contemporary power structures. Meme theory seems to be a less harmful riff on applying genetics to culture, but many cultural evolutionists dismiss it as taking its genetic analogy so far that it atomizes complex cultural interplays with its metaphor of ideas competing to go viral.

How is cultural evolution related to Darwinism?

Over the last century or so, discoveries in genetics have played an overwhelming role in the development of evolutionary theory, although gene-based inheritance is not the only arena in which natural selection operates. The study of cultural evolution borrows heavily from Darwinism theory, and is at least a partial homecoming — Darwin himself was keenly interested in the way adaptive behaviors might be inherited. Cultural evolutionists use key Darwinian ideas like traits, selection, adaptation, or fitness, most cultural evolutionists are cautious to avoid over-emphasis on genetic parallels. Cultural evolutionists note that while many times ideas are transmitted vertically as a form of inheritance from parents to children through direct lessons or observed familial behaviors, at other times the flow is oblique, when ideas and behaviors are learned from peers or authority figures.

Psychology, biology, sociology, anthropology, history, economics, archaeology, and other fields have all taken up aspects of cultural evolution but until recently there have been few efforts to unify those approaches into a single field. As David Sloan Wilson, helped found the Cultural Evolution Society in 2016 “In every discipline you have a minority of people that really understand how their discipline needs to be rethought from an evolutionary perspective, but almost always they feel isolated within their respective disciplines.”

What are cultural evolution’s central questions?

A recent survey of “Grand challenges for the study of cultural evolution” highlighted a number of areas of key interest for the field, including identifying the processes by which cultural traits are transmitted and accumulated. Other challenges involve modeling culture as a complex adaptive system, and understanding the roles of social adaptations (from technologies to kinship structures) in cultural change.

Much of the work in cultural evolution is focused on how cultures have changed in the past — what chain of cultural alterations gets us from the worlds of neolithic temple-builders to the lives of city-dwellers today? But many cultural evolutionists also hope that by analyzing the ways cultures differ today, we will discover new tools to address stubborn social, economic, and political problems that plague us now.

Read a brief  Q&A on Cultural Evolution with Paul Wason, Senior Director of Culture and Global Perspectives at the John Templeton Foundation. See also this conversation with biologist and Templeton grantee David Lahti