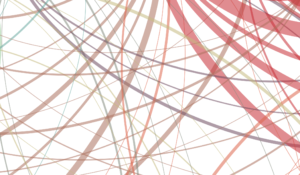 One of the few constants of human culture is that it is always changing — sometimes quickly, sometimes almost imperceptibly. The study of the ways cultures evolve has also been in flux and was, until recently, deeply fragmented. Psychology, biology, sociology, anthropology, history, economics, archaeology, and other fields have all taken up the topic, but often without common language to talk across disciplines — or a venue for key where conversations can take place.

When David Sloan Wilson, an evolutionary biologist at SUNY-Binghamton and founder of the Evolution Institute, helped to organize a survey of 250 academics whose work touched on concepts of cultural evolution, one of his surprising discoveries was the fragmented nature of their professional networks: together they were affiliated with more than 400 academic societies. It was a stunning picture of the atomization of the field, and confirmation of Wilson and his colleagues’ belief that the best way forward for cultural evolution would be, ironically, yet another academic society to allow those various social networks to intersect.

Something like that happened in the summer of 2016 when the newly-formed Cultural Evolution Society held its first global conference in Jena, the ancient German university town where Hegel once taught and from which biologist and artist Ernst Haeckel became one of Europe’s first leading proponents of Darwin’s theory of natural selection.

It was an emotional moment for Wilson, who is used to making the case for evolutionary theory’s cultural applications before skeptical audiences: “In every discipline you have a minority of people that really understand how their discipline needs to be rethought from an evolutionary perspective, but almost always they feel isolated within their respective disciplines. I almost teared up because I because I was meeting all these people in the same place that I typically never see together.”

A MOMENT FOR CHANGE

Why didn’t this happen sooner? Wilson notes that while over the course of the 20th century, the insights of evolutionary theory permeated nearly every aspect of the biological sciences, but barely touched the study of culture. “One major problem was that evolution became very gene-centric in the 20th century,” Wilson says. “For Darwin, evolution was just about heredity — the resemblance between parents and offspring — he knew nothing about genetics. But once genes were discovered, they were treated as the only mechanism of inheritance.”

This was reinforced by strong moves within the social sciences away from evolutionary thought: “Sociologists wanted you to know that their discipline is about social facts and cannot be reduced to biological facts or even psychological facts,” Wilson says. Meanwhile, “anthropologists have been vehemently opposed to evolution, which they associate with Social Darwinism.”

It wasn’t until 1985 that biologist Peter Richerson and anthropologist Robert Boyd published Culture and the Evolutionary Process, one of the first major works in the emerging field of cultural evolution. The book outlined the so-called dual inheritance theory, which posits that culture and genetics play interlocking roles in determining the survival of the fittest. Both Richerson and Boyd have been involved in the formation of the Cultural Evolution Society, with Richerson serving as the organization’s first president, and Boyd organizing the society’s planned second annual meeting, to be held at Arizona State University on Oct. 22-24, 2018.

Since the field’s early days, cultural evolutionists have begun to test evolutionary insights concerning topics like language, technology, religion, and altruism, building a steady momentum that at last laid the groundwork for the Cultural Evolution Society’s creation. The more proximate catalyst for the society’s formation was a 2015 meeting organized by Wilson and cultural psychologist Michele Gelfand. An executive committee was formed to draw up the society’s structure and goals — including a stringent diversity mandate to make sure that the group’s leadership includes gender equality and geographic representation from several world regions, as well as the diversity of disciplines that the organization hopes to connect.

With help from a planning grant from the John Templeton Foundation, a full-time administrator, Joe Brewer, was hired to help get the organization off the ground. Valuable early assistance was also provided by Peter Turchin, a director at the Evolution Institute and one of the early champions of the idea of forming a society.

The fledgling group has already proved more than able at discerning common goals from a plurality of voices: in February of 2017 the journal Nature: Ecology & Evolution published the results of a survey of its founding members, positing the major “grand challenges” of their field, distilling 422 submitted grand challenge ideas into eight clustered topics, ranging from practical concerns like data-sharing and funding structures to more key research topics, such as understanding the role of cultural evolution in the context of organic evolution and identifying cultural evolutionary processes that address significant social problems.

Wilson says that one early debate among the membership has been whether the society’s initial focus should be purely academic or whether it should be actively involved in promoting the insights of the field that are relevant to addressing broader cultural issues. Although he favors the activist approach, Wilson emphasizes that “it’s the society that has to decide: is it going to be a standard scientific society that has its academic journal and annual meeting and that’s about it, or is it going to be really actively engaged in applying this to the problems of human existence?”