What Is the Science of Complexity? 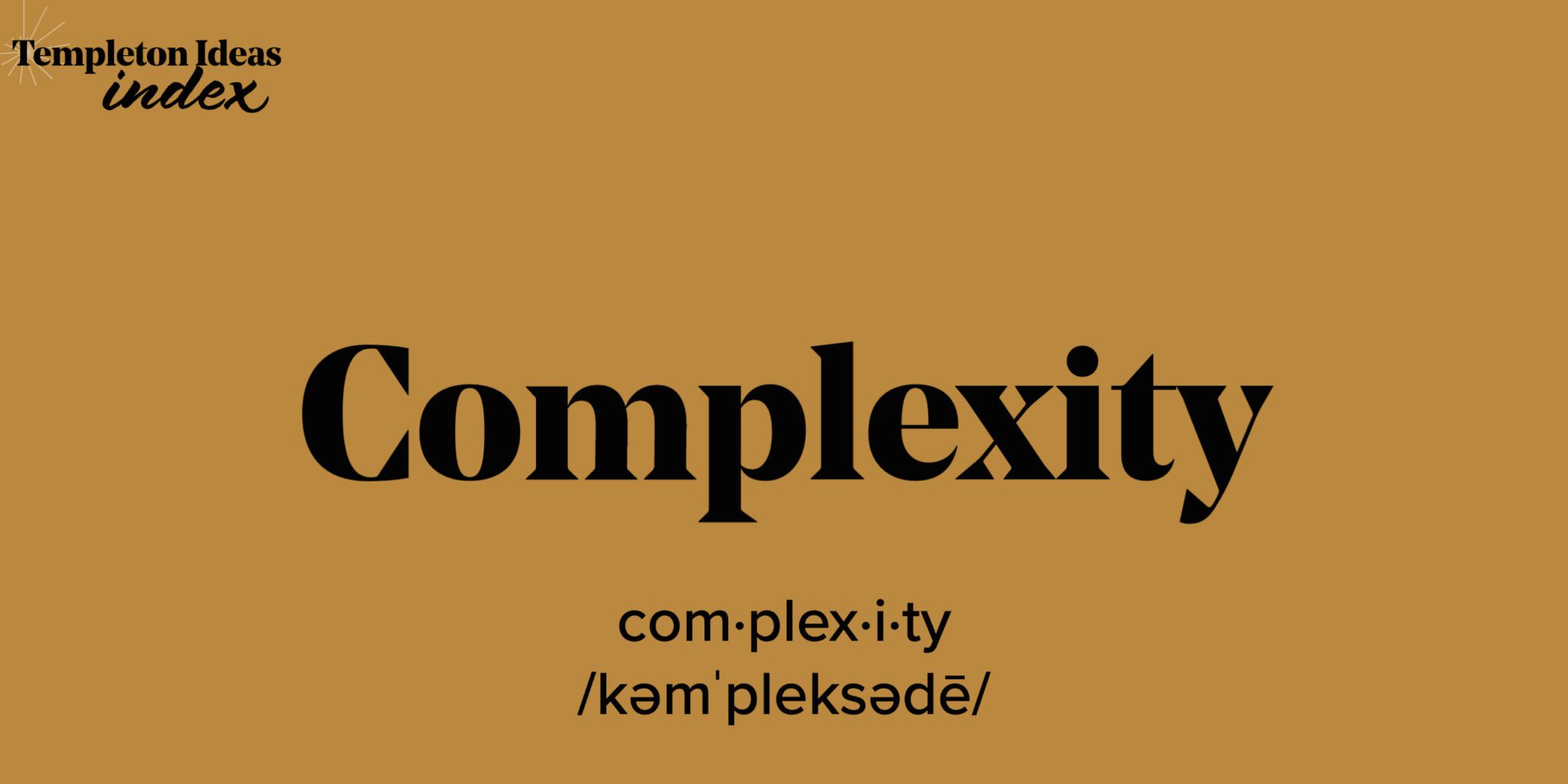 The science of complexity examines the properties of systems with large numbers of interrelated parts, from swarms of insects to subways to the climate itself, with an eye towards detecting patterns and predicting or modeling their behavior.

It can be used to study biological, physical, and cognitive systems, as well as aspects of human society and technology.

What Makes a System Complex?

As the number of  components in a system increases, measures for its complexity can change in linear or exponential ways. (A system of 20 objects has twice as many parts as a system with 10, but more than 60 times as many possible groups of 5 parts compared to the smaller system). Some kinds of complexity can be termed “disorganized” — with a greater number of parts and connections yielding greater amounts of chaos and unpredictability. (Probability and statistics can still be helpful in understanding disorganized systems). Other types of complexity are deemed “organized” — they have non-random-seeming, correlated features, allowing the system to be thought of as a single object. In computer science, an algorithm’s computational complexity refers to the amount of resources required to execute it. One of the outstanding questions in this field is whether there are any classes of problems that are too complex ever to be solved.

How Do Complex Systems Emerge, Develop and Change?

As the number of parts and connections within a system increases, the system often becomes more chaotic, disorganized, and harder to predict. At other times, however, forms of order, organization and stability can emerge. The latter category of “emergent phenomena” are of particular interest in the study of complexity. Chemists and biologists investigating the origins of life look at how and under what circumstances simple sets of chemicals can catalyze the generation of more complex chemicals, eventually creating a diverse chemical environment suitable for the development of life. Biology has its own examples of emergence, as natural selection operates on simple early lifeforms to allow for the development of ever more complicated species. Anthropologists have examined the ways and circumstances under which relatively small groups of hunter-gatherers quickly populated continents or formed large, complex societies, with widespread division of labor, specialized agriculture and political structures.

In turn, orderly complex systems often break down, and instead of emergence or stasis you get chaos and collapse. Organisms die and decay, civilizations vanish from the historical record, and technology projects grind to a halt under the weight of exponentially increasing requirements. Theorists of complexity attempt to understand what makes these individual breakdowns happen, and under what circumstances complex systems are able to be controlled.

The Future of Complexity

One version of the story of science might be that of Occam’s razor — where the simplest complete explanation of a phenomenon is one that ought to win out. Science has made immense progress with this mindset of getting to first principles and elegant unified theories. But there is a counter-story as well. In 2000, Stephen Hawking, when asked what ways he saw science developing, famously said, “I think the next century will be the century of complexity.” Advances in statistical methods, computer science and mathematical subspecialties like information theory and graph theory are providing a new toolkit to leverage exponential expansions in data gathering and computer processing power. It is becoming possible for scientists to study systems from the smallest cell to the universe itself at ever-increasing levels of scope and detail — providing ever-more-complex systems to theorize about and techniques of simulation and analysis to put those theories to the test.

Learn more about research projects into complexity funded by the John Templeton Foundation, including Complexity and Organization of the Cosmic Landscape, The Control Principles of Complex Systems, Habitable Zones of Entropy and Complexity in Simulated Universes, and Developing a Comprehensive Theory of Complexity.

What Is Religious Cognition?