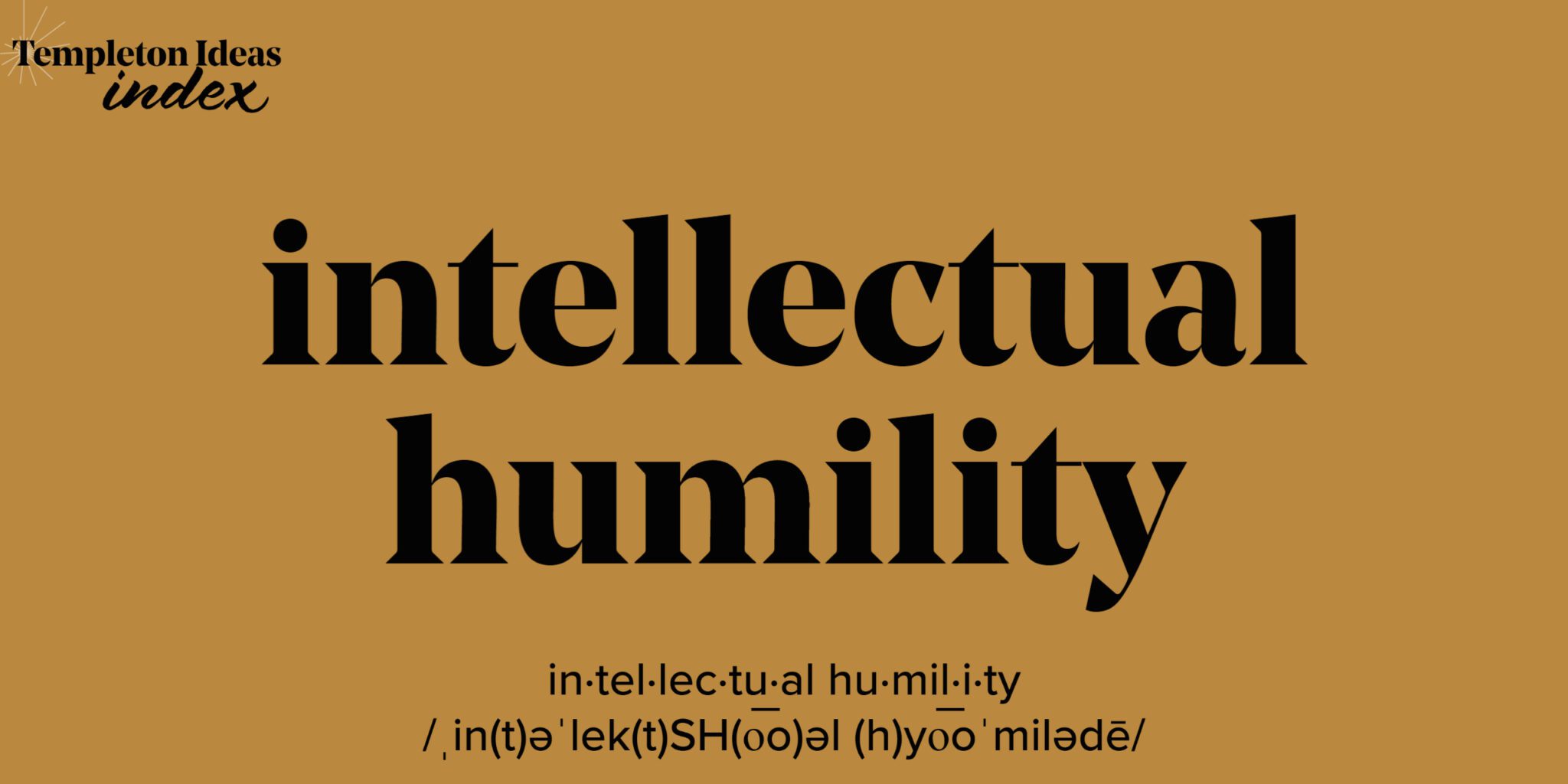 Intellectual humility means a willingness to reconsider and expand one’s views, marked by realistic self-assessment and low concern for one’s own self-importance.

It’s a concept that can be described in multiple ways. One group of psychologists recently defined it as “a virtuous balance between intellectual arrogance (overvaluing one’s beliefs) and intellectual diffidence (undervaluing one’s beliefs),” that is “distinct from general humility, modesty, perspective-taking and open-mindedness.” A leading science journalist notes its role in the scientific method and sums it up as “about being actively curious about your blind spots.”

Theorists have treated intellectual humility variously as a personality trait, a cognitive disposition, a set of self-regulatory habits, an intellectual virtue, or simply an absence of intellectual vices.

Some think of it primarily a matter of metacognition (thinking about thinking). Others emphasize its psychological aspects (being tied into our sense of personal security and openness to change) and note how it can be shaped and nudged by situational cues. People can exhibit intellectual humility as a broadly-applied attitude, or in relation to more specific domains or contexts.

Why is intellectual humility important?

How do we measure intellectual humility?

Attempting to measure this trait can be, for the researcher, a humbling experience. As with many personality trait measures, gathering self-reports is an obvious place to start. The trait may best be observed by others in certain kinds of situations: during interpersonal conflict, while receiving praise, in hierarchical relationships, or in interactions across different cultures or among those who embrace different norms. One study looked at how people reacted to others changing their minds (specifically so-called “flip-flopping” among political candidates). Recent work using EEGs to measure subjects’ brain activity when they make errors points to potentially less subjective ways of measuring this trait. All told, more than a dozen distinct definitions and ways of measuring Intellectual Humility have been proposed by researchers.

What are the benefits of intellectual humility?

Current research into Intellectual Humility is still in the early stages, and mostly limited to a number of intriguing correlations — including open-minded thinking, empathic concern, emotional diversity, forgiveness of others, perspective-taking, prosociality, seeking compromise, agreeableness, conscientiousness, openness to experience. Some lines of questioning have focused on whether intellectual humility can drive increased tolerance and perspective-taking, both reducing societal conflict and perhaps encouraging epistemic flourishing. Some interventions have built on the body of work showing the ways that general humility can drive prosocial behavior (including a successful workbook intervention shown to increase participants’ general humility).

How can we cultivate intellectual humility?

Read overviews of the science and philosophy of Intellectual Humility from this website, Nature Reviews Psychology, and philosopher and Templeton grantee Nathan Ballantyne.