What Is Religious Cognition? 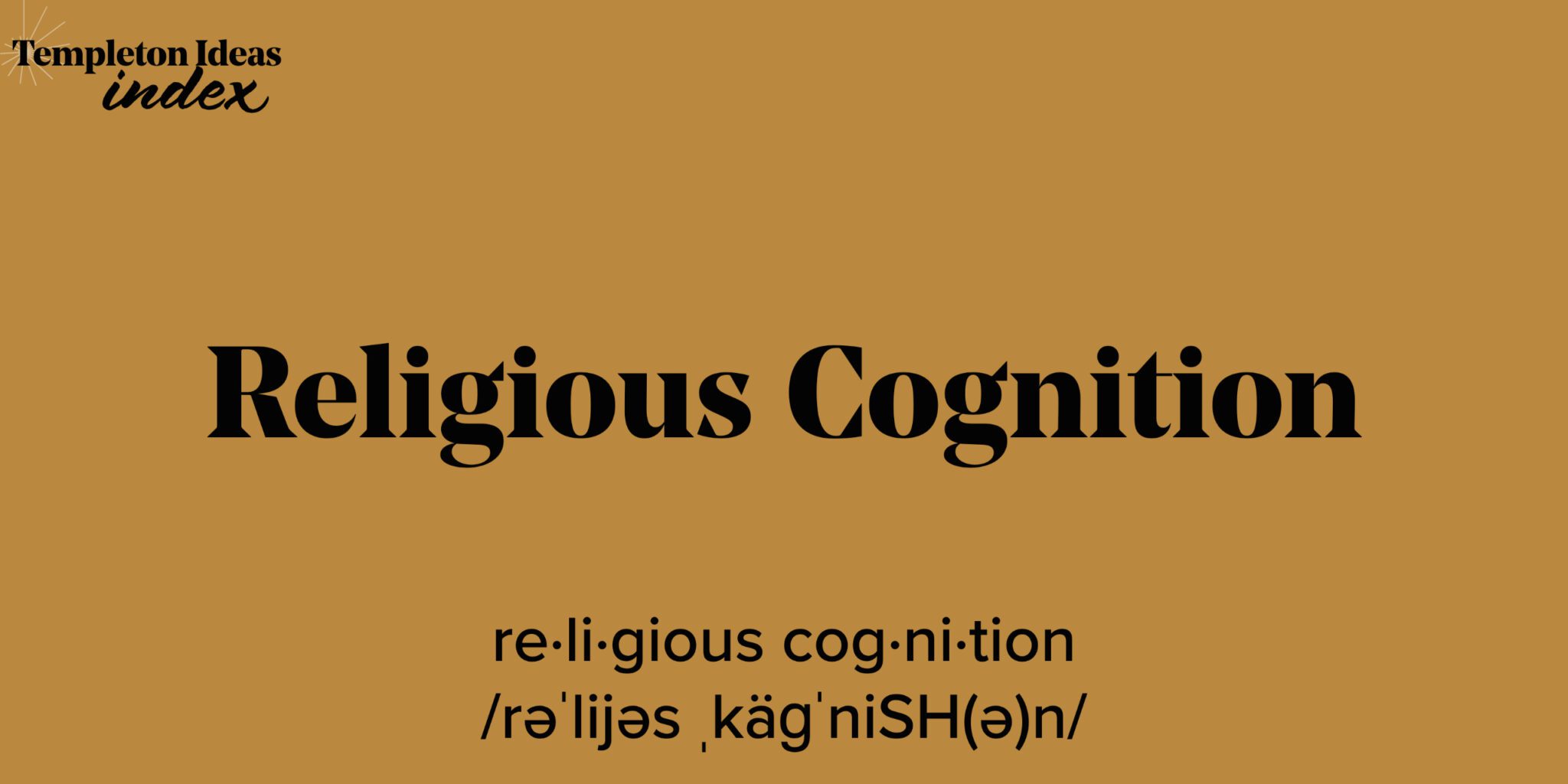 Religious cognition is a technical term for people’s thoughts and feelings about God, the supernatural, and other spiritual matters.

It is a subset of the broader category of cognition, how we acquire knowledge through thought and experience. Throughout human history, ideas about God or supernatural beings have shaped people’s knowledge and experiences, and any robust account of humanity must reckon with the role they play for individuals and cultures. Although it is sometimes ignored or treated as a side issue in economic or cultural accounts, how people think about the role of God or other supernatural forces can have profound effects on the decisions they make in all aspects of their lives, from family relationships and health to politics and economics.

Why Is the Study of Religious Cognition Challenging?

Compared to other areas of cognition, the topic has been under-studied, meaning that the theoretical foundations for a robust science of religious cognition are being laid. Even something as basic as belief is difficult to define. Attempting to measure belief only compounds the challenge: it can be difficult to tease out the differences between what people say they believe, what people honestly think they believe, and what they actually do believe.

What Are Some of Religious Cognition’s Biggest Current Questions?

One set of questions concerns how religious belief develops and changes. How does an average religious person come to know God (or what he or she takes to be God), and how does that knowledge change over the course of a lifetime? How do children develop beliefs about things they have no direct experience of (like germs, or atoms, or Santa Claus) and how do they differentiate and refine those beliefs as they age? Are children — as some research suggests — predisposed to believe in an all-knowing, all-powerful, morally concerned supernatural being, even in cases where they have minimal cultural scaffolding for such ideas?

There is also the rich interplay in the way people’s heart- or gut-level beliefs about God or the supernatural relate to their head-level beliefs, which can tend to be much more propositional than experiential.

When people say they sense God’s presence or believe God is speaking to them, how does the way they think about thinking itself shape how they would interpret their thoughts?

Another rich area for exploration revolves around the psychology of people’s relationships regarding supernatural beings. How do thoughts about God differ for believers and non-believers? Do people experience divine love differently than they do love from human sources? Are the ways that people think about God different from the ways they think about siblings, celebrities, or superheroes?

The Past, Present and Future of Religious Cognition

One million years ago, hominids in southern and eastern Africa were making use of red ochre, which might be the earliest surviving evidence of religious practices among the ancestors of modern humans. One of the oldest surviving structures built by modern humans is Göbekli Tepi, a 10,000-year-old temple in southern Turkey. We have no evidence of a time where human thought did not include the supernatural.Yet we have only tantalizing hints about whether (and why) religious cognition has changed over the millennia, and how it might potentially change in the future. Shifting to the timeframe of a human lifespan, an individual’s religious cognition develops through childhood and may continue to change throughout his or her life. Many of the most robust measures of religious cognition so far only offer snapshots, not moving pictures. As more longitudinal studies begin to include data about religious thought, researchers may begin to get a better look about how individuals’ religious cognition relates to and may change alongside other aspects of human experience, from economics and politics to health and well-being.