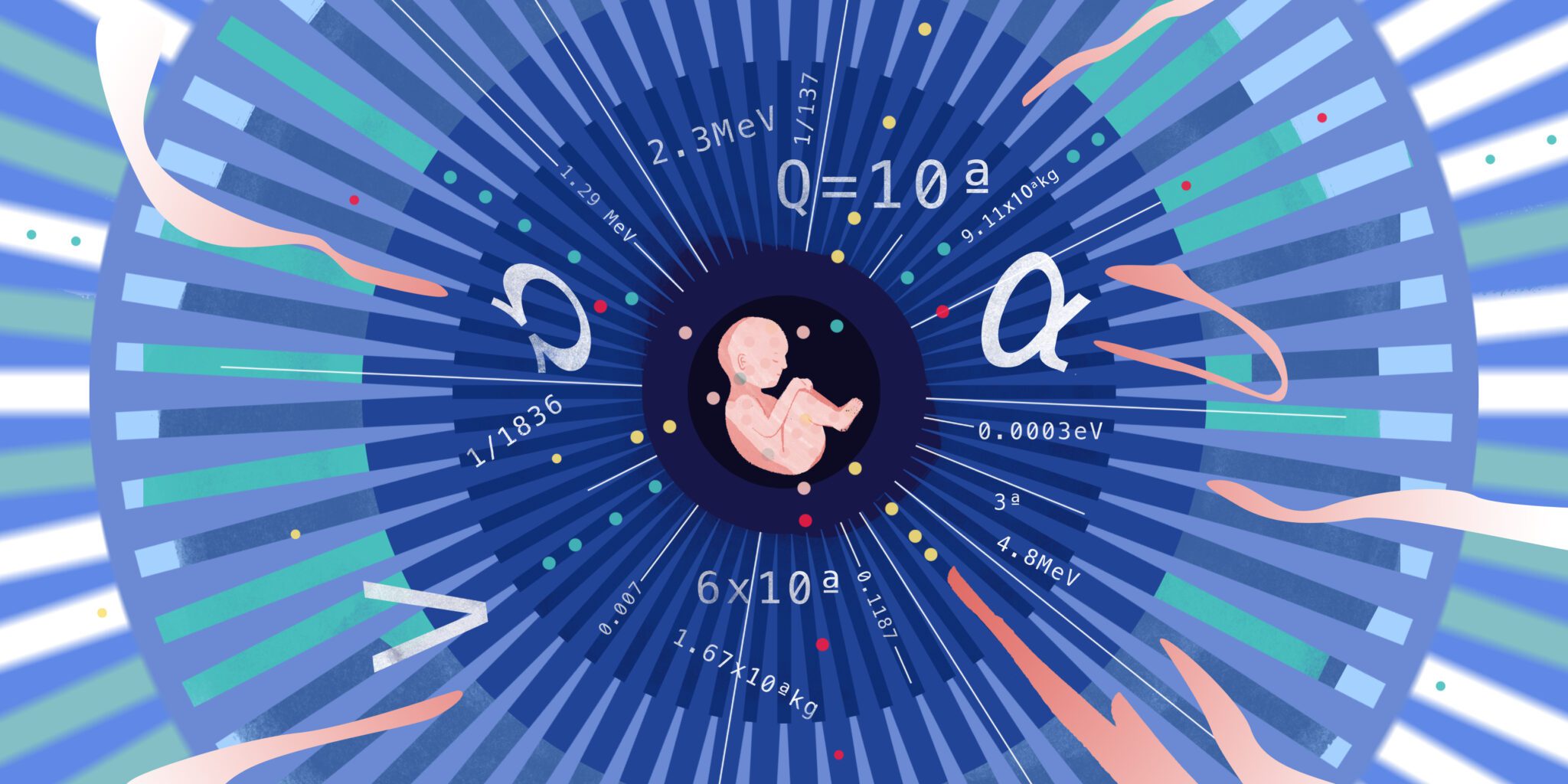 This story is Part I of a two-part series drawing from our recent research review on fine-tuning. Stay tuned for the release of Part II later this month.

Some days Fred Adams is a frog. On others, he explains, he’s more of a bird.

Adams, an astrophysicist at the University of Michigan, in Ann Arbor, is harking back to an analogy made by American mathematician Freeman Dyson. “The ‘frogs’ like to get into the nitty gritty calculations, while the ‘birds’ soar above and look at the landscape,” says Adams. It’s that peculiar mix of characteristics that has led Adams to ponder the question of whether our universe is finely tuned to give rise to intelligent life. The birds-eye view might suggest that it is: it seems that a slight shift in any one of a host of physical parameters would have tipped the delicate balance needed in the early universe for the eventual evolution of stars and planets—and ultimately humans. But when, frog-like, you start swimming in the murky waters, working out the numbers, Adams says you find a more nuanced picture. Perhaps our universe is not as narrowly tuned as it seems.

“The idea of fine tuning is ingrained in the scientific community,” says Adams. “But it’s not really been questioned until very recently.”

The fine-tuning problem has a long and rich history, stretching back a century. Over the decades, multiple independent scientists have pondered the consequences of tweaking a myriad of seemingly special numbers — the masses of elementary particles, the relative strengths of forces, the fundamental constants of nature, to name just a few. Sometimes, they have calculated, even just a tiny change to any one of these would have profound knock-on effects — preventing the formation of stars and galaxies or blocking the production of carbon necessary for organic life, say — rendering our cosmos lifeless. Yet somehow, we find ourselves in a universe in which all these physical parameters seem to have conspired over the aeons, taking precisely the right values to bring us into being. For some, this cosmic serendipity cannot be shrugged off as “luck” and has inspired the search for a deeper explanation.

“These apparent coincidences cause things to fit together like a jigsaw puzzle,” says David Sloan, a physicist at the University of Lancaster, UK, who co-edited the book Fine Tuning in the Physical Universe, in 2020. One of the most famous historical examples is the discovery in the 1950s of the process through which carbon is produced from helium in stars. Helium atoms contain four protons and four neutrons while carbon contains 12 of each, so it seemed like just squashing three helium atoms together would do the trick. But physicists realized it couldn’t be that simple; the odds of three helium atoms coming together at the same time were too low. It was possible that two helium atoms could come together first and form beryllium (containing eight protons and eight neutrons), but beryllium atoms are unstable and would likely decay before combining with a third helium in the quantities needed to explain the abundance of carbon today. The answer, proposed by British physicist Fred Hoyle, was that there must be a resonance — a special effect that enhances the likelihood for beryllium and helium to form carbon. Hoyle calculated the details of this resonance, which were later confirmed. But it seems remarkably handy for humankind that it exists, at all.

“Fine-tuning arguments point to coincidences that are begging for an explanation,”

Analyzing such puzzles can sometimes point to those explanations. A crude example is that you might be astonished that the light emitted by the sun is in the right frequency range for plants to exploit in photosynthesis. “It might look like a miracle,” says Sloan. Indeed, examples of fine tuning have been used to support the claim that science alone cannot explain our origins, we need to invoke a God or gods to have intervened. But that isn’t a line of argument that tends to satisfy physicists, and Sloan notes that in the photosynthesis case, the mystery evaporates when you look more closely and realize that the commonality is due to the fact that similar quantum mechanical processes are at play in both stars and leaves.

The hunt is on to find the ultimate physical underpinning that offers a single cause for the values of all apparently finely-tuned parameters. “Fine tuning might end up being an illusion when we know the ‘theory of everything,’” says Sloan. Unfortunately, as yet, nobody has come up with this unifying framework, though it’s not for want of trying. In recent years, however, physicists have offered an alternative escape from the fine-tuning problem, in the form of a multiverse, which doesn’t so much solve the issue, as sidestep it.

The idea, born from an extension to mainstream cosmology, is that the birth of our universe was not a unique event, but one that can and does occur again and again. Thus, our cosmos is only one of many in a multiverse. One of the best current candidates for that elusive theory of everything, string theory — which posits that elementary particles are composed of tiny vibrating threads of energy — provides a crucial ingredient to the multiverse; in fact, it provides nigh-on infinitely many. That’s because string theory’s equations do not have one unique solution, corresponding to the known parameters in our universe, but a whopping 10500 possible solutions, each describing a different combination of forces, particle masses, constants, and laws. This has led some to speculate that each universe in the multiverse could manifest a different string-theory solution; some cosmoses would allow life to evolve, while many more would be inhospitable.

The formation of a bio-friendly cosmos is no longer puzzling, in this multiverse view; our universe is just one of infinitely many varieties that exist. The multiverse is the physics version of the parable of the sower of seed, says Sloan. A farmer scatters seed, some of which falls on a path and is eaten by birds, some lands on hard ground, some on thorny ground, and a few seeds fall on nourishing soil and flourish. The allegory in its original form explains why Jesus’ message, or seed, resonates more strongly with some than with others. In the physics version of the parable, Sloan explains, the fertile soil represents the minority of cosmoses in the multiverse that have the combination of parameters that are conducive to life. “The wheat might wonder why the soil is so perfect for them,” says Sloan. But with the multiverse there’s no deep conundrum—some places are just more hospitable to growth than others.

Does the multiverse solve the fine-tuning problem then? “Well, yes and no,” says Sloan. If a multiverse exists, it would make it less unlikely that we find ourselves in a universe with the right features to host water-bearing planets, say. But, notes Sloan, some physicists can counter that the multiverse “doesn’t so much answer the fine-tuning question as multiply the problems.” Instead of having to explain why a single universe is fine-tuned for life, it just pushes the question down a level, so we now need an explanation for why the multiverse is tuned in such a way that some fraction of its universes support life.

Stay tuned for the release of Part II later this month.