How Do Minds Conceive the Divine? | The Neuroscience of Religious Cognition 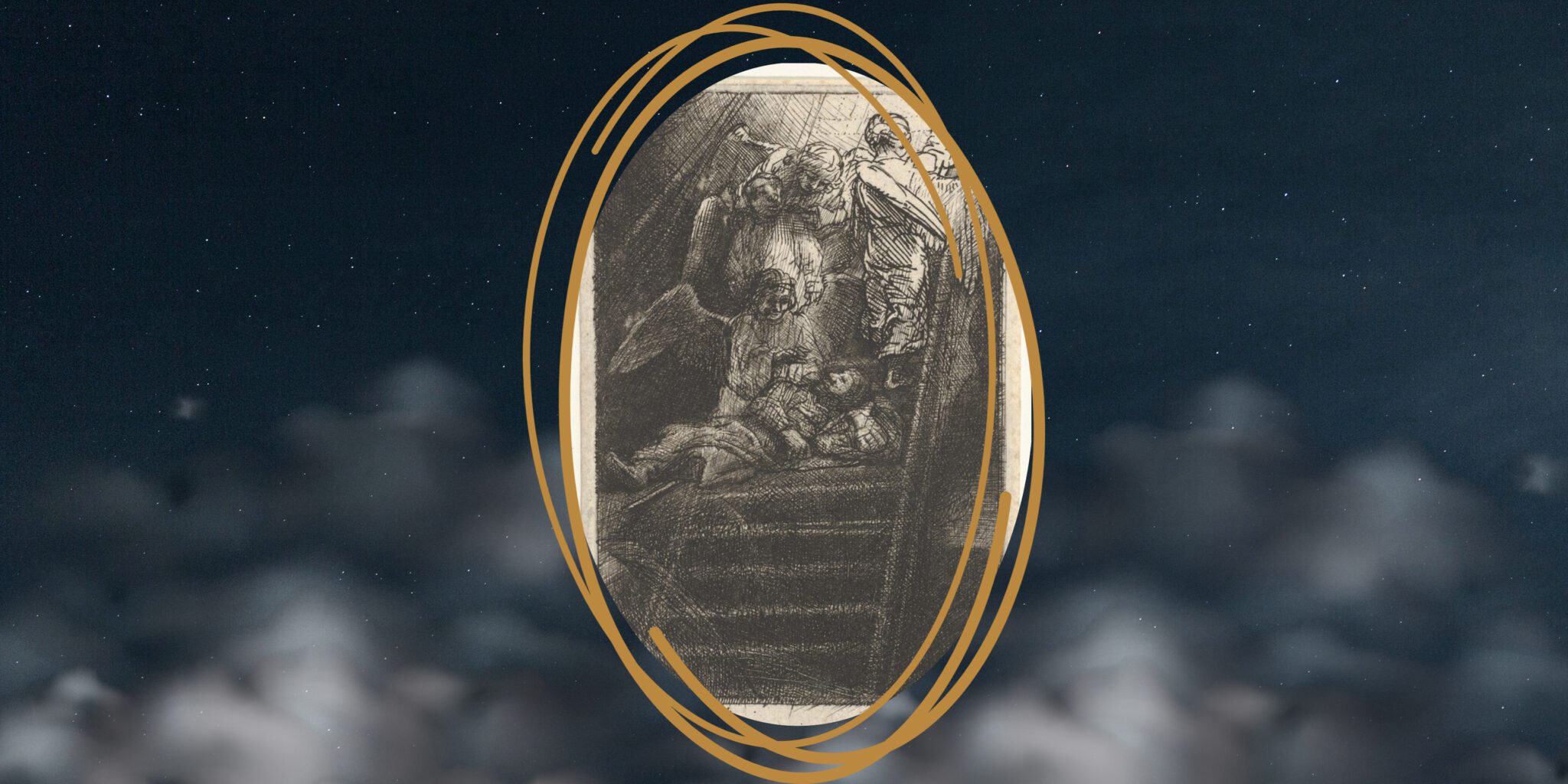 One of the most consequential pillows in history is the stone upon which the Biblical patriarch Jacob laid his head along the desert trail between Beersheba and Haran, according to the first book of the Hebrew Bible. It was there that Jacob dreamed of a ladder resting on earth with its top in heaven, and with “the angels of God ascending and descending on it.” It impressed Jacob enough that the next morning he turned his pillow into a religious shrine commemorating his nocturnal vision, while the story of “Jacob’s Ladder” found its way into Jewish and later Christian scripture, artwork and idiom.

Beginning this year dozens of volunteers will brave their own forms of irregular sleeping gear to help scientists get a snapshot of the relationship between dreams and the divine. Up to 150 volunteers from various religious backgrounds and levels of religiosity will wear “dream headbands” to record the electrical rhythms of their REM states as they sleep at home. In the morning, they will write down what they remember of their dreams, answer various cognitive and personality questions, and rate their feeling of closeness to God or gods. According to Patrick McNamara, a neuropsychologist at Northcentral University who is running the study, by the time it finishes “we’ll have thousands of dreams and all this electrophysiologic data as well. It’s going to be the biggest REM dreaming dataset ever collected in relation to religious cognition.”

Grappling with the Details

McNamara’s dream project is just one part of a three-year, $6.3 million effort, funded by the John Templeton Foundation, to jump-start interdisciplinary research on the cognitive neuroscience of religious cognition. With co-project leader Jordan Grafman, a cognitive neuroscientist at the Shirley Ryan AbilityLab and Northwestern University, McNamara aims to help advance the scientific understanding of how human minds and brains conceive of supernatural beings. In recent years cognitive neuroscientists have deployed a methodological toolbox that includes electrophysiology, lesion-mapping, brain stimulation, and functional neuroimaging to investigate many aspects of how the brain works. But both Grafman and McNamara feel that recent advances in neuroscience have yet to be applied to religious cognition. “There are a whole range of human neuroscience tools available to us,” McNamara says.

"If we really want to understand visionary, transcendent or mystical experiences you have to grapple with the details of the brain.”

Grafman and McNamara are mindful of the contentious history of claims of what neuroscience can reveal about the supernatural. On the one hand, there are charismatic popularizers of science who insist that “God” is merely a construct of the human mind. On the other hand, other prominent voices have made the case that neuroscience provides evidence of God’s existence.

This initiative does neither. Instead, its focus is to better understand religious thinking itself—an intricate web of ideas, emotions, and experiences that have enlivened and inspired human cultures across the world.

For the current grant Grafman and McNamara will focus on the subset of religious experiences that center on social-relational knowledge that religious believers hold about supernatural beings. Although they are not the only type of religious experience, they do represent a crucial common core. “When people join religious communities, they become attached to them in various ways, and people — if they believe in a God or set of gods — often get attached emotionally to those gods,” Grafman says. “Is your attachment to your parent different from your attachment to a supernatural agent like God?” Functional neuroimaging methods can reveal whether the brain handles relational attachments to supernatural figures differently than those with humans.

Grafman’s own area research background includes lesion mapping — studying people whose brains have been damaged by injury or illness to learn how the lesions affect the brain’s function. “One of the advantages of studying these patients is, if they change their behavior in some way because of their injury, you feel a lot more confident that it’s causal,” Grafman says. By comparing the effects of multiple patients’ lesions, researchers can essentially filter to pinpoint areas of the brain or brain networks associated with specific aspects of cognition, including those associated with religious cognition.

This summer Grafman and McNamara will announce the results of a competition for up to ten subgrants of $300,000 each, which will be awarded to other teams investigating the neural basis of religious cognition. Grafman and McNamara hope that the research conducted through these grants will help encourage more widespread investigations into religion and the brain. “We want to encourage people through our work,” Grafman says, “We want them to then go out and get funds and grants from other agencies to start doing their own studies.”

Grafman hopes to counterbalance what he sees as a timidity among researchers and grant makers to directly investigate the neuroscience of religion, despite its obvious central role in so many people’s experiences. “Studying religion is fragile, even if you’re careful to say that you want to learn about the brain basis of religion without trying to disprove whether any supernatural agents exist,” Grafman says. “God exists because we talk about God—even atheists discuss and debate about God. So, we know God exists in that sense.”

“We both believe that the way to God is through the brain,” Grafman says.  “It’s not like trying to figure out if there’s an ethereal God out in the universe. We don’t understand much of our solar system, much less what’s beyond it, but we understand a great deal about the brain and how to investigate it.”

Learn more about Jordan Grafman’s and Patrick McNamara’s past research on religious cognition, including Grafman and his colleagues’ research on how Vietnam Veterans’ brain injuries affected their religious empathy, and McNamara’s book on The Neuroscience of Sleep and Dreams.