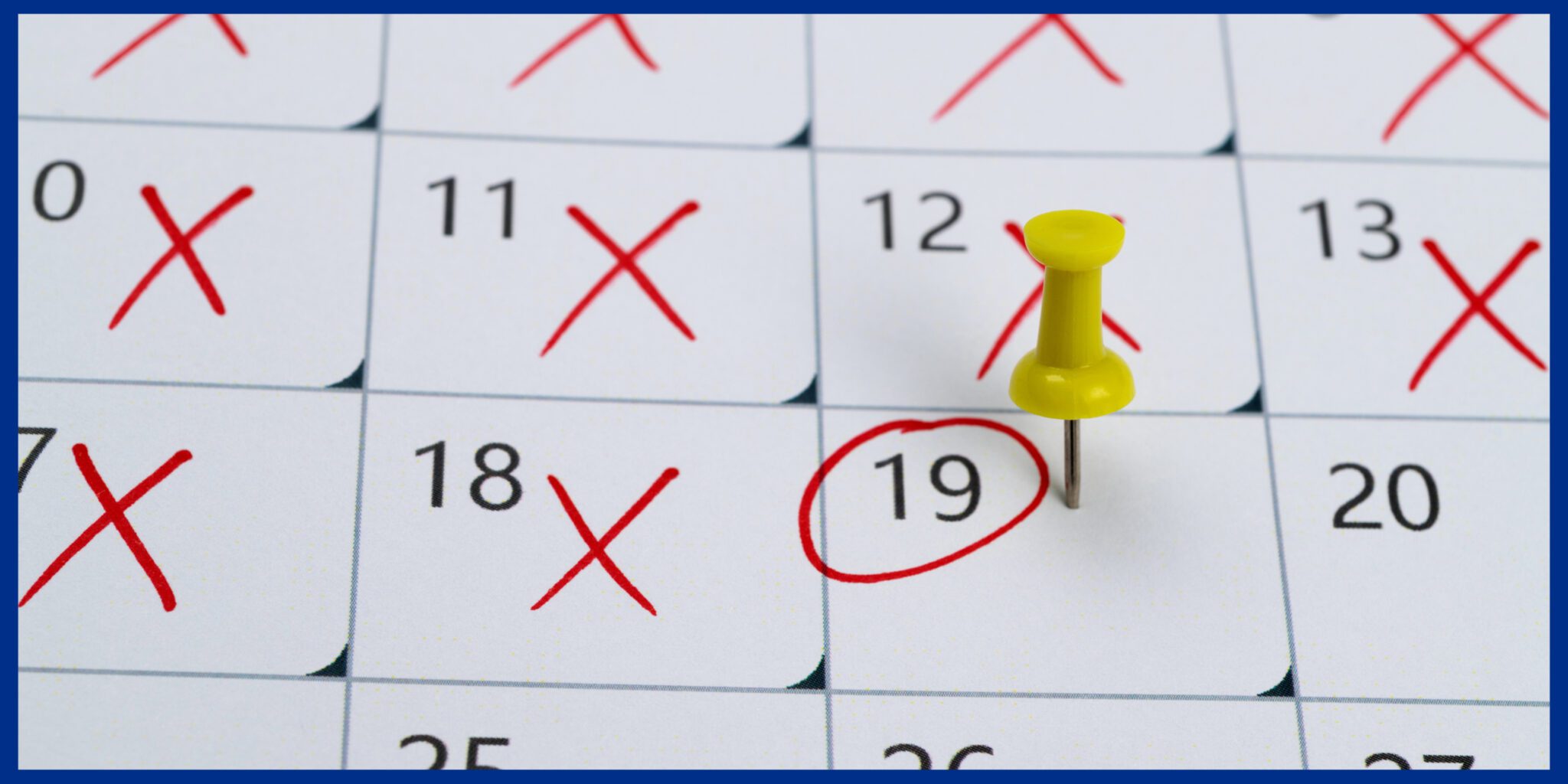 In the season of New Year’s resolutions, people make hopeful, sincere resolutions to change. To lose weight, stop smoking, work out, learn a new language or skill. However, research has found that only about 10% of people who make resolutions keep them. Indeed, sports platform Strava documented over 800 million user activities and found the most common day people give up on their resolutions is the second Friday in January. The company calls this “Quitter’s Day.” In 2023, that’s January 14th. Fortunately, whether it’s getting rid of bad habits, reforming your character, or improving your disposition, change is possible.

We reached out to experts, including William Damon, Professor of Education at Stanford University, and Wendy Wood, Professor of Psychology and Business at the University of Southern California. They share how to best implement meaningful, positive change that lasts a lifetime.

Yes, You Can Change

“We’re changing all the time. For example, we’re constantly adapting to new technologies,” says Wood. She is the author of the landmark book Good Habits, Bad Habits: The Science of Making Positive Changes That Stick. “The challenge is trying to make change happen just through willpower. We can all change in the short run and decide to go to the gym today and decide not to spend money. Be nice to our spouse. But making those stick is not easy.”

Wood and her colleagues conducted a study showing that a stunning 43% of the time, people habitually repeat behaviors without thinking about what they are doing.

“They’re being cued by the context they’re in,” says Wood. “That is why we all stand in front of the refrigerator and open it regardless of whether we’re hungry or not. We don’t have an intent to do something, but we’re being cued by that context.”

“So often we try to change our behavior without thinking about how it’s sustained by the environments we live in, the physical locations in which behaviors occur. An environmental shift, a shift in our context, leads to changes in our behavior,” says Wood.

You can structure your home environment to promote good habits. For example, in the United States, “People eat in all the rooms of the house. We don’t just limit it to the kitchen or the dining room. We tend to take food with us,” says Wood. “I spent a year in France, and I was always amazed that you go to public parks and other places where people congregate in Paris, there aren’t food trucks and people pushing ice cream all the time. The French don’t do everything while they’re eating. But we do.” So, if binging in front of the TV or in the car is your issue, make those zones no-eating areas.

“Rather than just abstaining from a behavior, it’s easier to have a substitute behavior,” says Wood. For example, knit in front of the TV instead of compulsively eating. Or read, paint, or learn a language.

Wood says it’s important to repeat the new behavior in the same way each time because that’s how your brain starts to connect the context with the behavior. You want the context to be relatively stable. Successful recovering addicts in 12-step programs, as explored in Wood’s project Automated Self-Control: The Neuropsychology Of Developing Good Habits, understand that it’s not about just wrestling with bad habits but also building up good habits, like calling a sponsor and helping others.

Be patient with yourself. Wood says,

“It takes at least several months of repetition for new behaviors to be performed habitually - activated without much thought or effort.”

Make New Habits Easy to Do

“Contexts have forces in them that make behavior easy or difficult. And we call this difficulty friction,” says Wood. For example, you’re more likely to go regularly to a gym closer to home. Lay out your workout clothes the night before you go to the gym, so they’re easy to put on in the morning. The supermarket expression, “Eye-level is buy level,” links less friction to consumer spending.

Wood’s research on voting shows that the more “friction” regarding how long polls are open or the distance to a polling place, the less likely someone is to vote. “But when we asked voters whether friction was important or not, they thought the most important thing in determining if someone voted was their commitment, their beliefs, their politics, whether they thought voting was a civic duty,” says Wood. “We believe that people are in charge of their own behavior. We all believe in human agency, but we tend to underestimate the role of the environment in driving that behavior or in shepherding it.”

The first step is to recognize those barriers, strategize, and then take steps to try to overcome those barriers. Using the voting example, possible actions are taking off an afternoon from work, getting a babysitter, checking out the bus route so that you can figure out a way to get to the polls, and making sure that you have an absentee ballot. “All these things are ways to try to counteract the friction,” Wood says. “What we need to do is vote to keep voter access and to oppose voter suppression laws. And recognize that these are important.”

“Locations promote some behaviors and make others more difficult simply by how they’re structured,” says Wood. “You go to a bar, and the first thing that happens is a bartender asks you, what would you like to drink? And then you see other people around you with alcohol. It’s all structured to promote drinking.”

So, if you’re an alcoholic, don’t go into a bar. If you’re a compulsive eater, don’t work at a bakery; if you used to binge at a specific fast-food restaurant, drive a different route so you don’t pass it. If you’re a compulsive shopper, unsubscribe from store emails, turn off store text notifications on your phone, and turn off one-step easy-payment methods.

“I think people can change and do change, and people sometimes change for the better, and some people change for the worse,” says William Damon, one of the world’s leading researchers on the development of purpose, morality, and education, who with Anne Colby co-authored the book The Power of Ideals: The Real Story of Moral Choice.

There are dozens of virtues, including compassion, courage, curiosity, diligence, fairness, generosity, gratitude, honesty, humility, integrity, joyfulness, justice, kindness, loyalty, love, open-mindedness, perseverance, and unity. “All of these strengths are distinct,” says Damon. “They all have their own root and development, and they’re not necessarily always connected.”

Someone may be very courageous, but that doesn’t mean they will be truthful. There is also moral character to consider. Diligence is a valuable performative trait, but you can be diligent for a bad cause. Moral character implies both a dedication to noble goals and a commitment to act in a manner consistent with one’s beliefs.

Eranda Jayawickreme and Will Fleeson’s “Whole Trait Theory” helps explain the tension between having a “consistent” personality yet acting differently in different contexts. One can change by habituating behaviors in one context and gradually focusing on shifting that behavior in new contexts. For example, you can work on not yelling at the kids when driving them to school by posting reminders in the car where you can see them just before driving. Then use similar strategies to work on not yelling at them at dinnertime.

The number one predictor of someone who can positively change “is being actively open-minded, which is a virtue. It’s a character strength. Listening to what other people say, listening to feedback about yourself, that’s part of being a good listener,”

“The second part is being rigorously honest with yourself, self-reflective, open-minded about your weaknesses and failures and not denying them, not trying to rationalize them or pretend that you never make mistakes or you’re always in the right.”

“I’m opposed to the idea that there are bad people or good people. I think it’s important to make moral judgments, but not about a person. It’s about action,” says Damon adding not to give up hope, even though there are people who do horrible things. “I think it’s a matter of faith. As long as that person is still alive, there is the potential that they can redeem themselves, that they can change,” says Damon. “It’s a good start to say, ‘I’m not a bad person, but I’m doing things that are not right.’ But then a person really needs to practice the right course of action, and that’s easier said than done.”

“People often get discouraged if they skip a day or take some time off from a habit,” says Wood. “But the memory trace will still probably be there when you get back to repeating that behavior. So, you can think of yourself as still being a step up in forming the habit. You’re not back to the beginning. So, start back where you were when you left off, and you can pick up and keep working on it.”

“If you have maintained a new behavior for a year or two, I would say you should congratulate yourself because you’ve figured out something that you can persist for quite a while,” says Wood. “It’s a great thing… don’t take the system you have in place for granted.” The distinctly American predilection and passion for reinventing ourselves can be put to good use. Change, for good.

Advancing the Science and Practice of Good Character