In praise of mindlessness 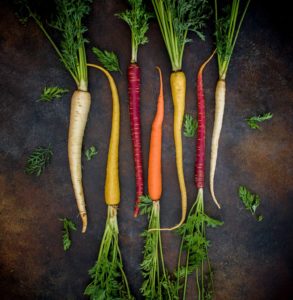 What is the difference between people who are productive, focused, healthy eaters, frequent exercisers, and thrifty spenders and, well, the rest of us? For most people, the story we tell about these sorts of successes or failures comes down to a matter of self-control. People who succeed seem to have it in spades, and the rest of us do not. But what if that narrative is incorrect, if people make the right choices not because they are masters of willpower but rather creatures of habit?

Wendy Wood, a professor of psychology at the University of Southern California, thinks that habit has gotten a bad rap — saddled in popular conception with the negative connotations of thoughtlessness and largely ignored in the philosophical literature. Bad habits are what we fall into when we aren’t taking enough care, while good habits are just the outward signs of vigilant self-denial.

Through extensive reviews of the science of habit, including innovative studies based out of her own lab, Wood has come around to the conclusion that good habits and bad ones work in much the same way. “We think of our good habits as being something separate from our bad habits, but really the neural and cognitive mechanisms are the same,” Wood says. So if we think of achieving personal goals or desired social outcomes only in terms of overcoming naturally occurring habits, we miss the point. “Because habits tend to progress in this automated and relatively mindless way, they are so useful for pursuing goals and for achieving the outcomes that we want in life,” Wood says. “Once you recognize that, it makes you realize that habits actually apply much more broadly than we had thought in the past.”

Wood’s working definition for a habit is a cognitive association formed through repetition. “As we repeat actions, we don’t have to plan any more of what we’re going to do or how we’re going to do it or what resources are required,” Wood says. Habits are formed by associating certain actions and contexts with desirable rewards. When the rewards are immediate (like when eating a tasty treat), the neurotransmitter dopamine is secreted, helping connect whatever information is currently in our memory with a positive association.

“Actions that are intrinsically motivating easily form into habits,” Wood says. It feels good to eat a cookie or enjoy a backrub, so it’s easy to build those habits that result in those pleasures. But we can also form habits with things that have less intrinsic or immediate rewards. We can feel pride in saving money, delight in checking an item off a to-do list, or satisfaction in being a good citizen by voting. “Most rewards that are meaningful to us as adults are probably both intrinsic and extrinsic,” Wood says. “They have some capabilities to to make us feel good inherently, but we also get a lot of reward from people’s admiration or from being connected to others.” Positive behavior, then, may be less a matter of self-denial than of setting up the right system of habit-forming rewards.

In one study Wood interviewed recovering addicts in 12-step programs to understand what made some of them more successful. It was not, she found, that they were simply better at wrestling with the temptation to drink; rather, they had built up good habits — of avoiding situations where they used to drink, and of maintaining frequent contact with a sponsor — that helped them largely avoid having to deal with temptations in the first place. “They made these things into automated behaviors,” Wood says, “and they relied on these just like people who are addicted rely on their own habits.”

In another study published in the journal Appetite, Wood, Pei-Ying Lin, and John Monterosso came up with a simple experiment to test the development and persistence of a single good habit. They created a computer game that trained people to choose carrots as a snack. Even after the game had ended, they found that their subjects continued to choose carrots even when chocolates were also offered. “What they seemed to do was essentially just ignore the M&M’s when they became available and just keep acting out of habit,” Wood says. “If you have a habit of reaching for carrots, then that’s what you tend to do instead of thinking of what else you might want.”

Wood and her colleagues are currently working to publish follow-up studies that look at things like what helps us persist in a habit once it’s initially formed. “What we find is that people whose habits persist even when they don’t want them to are people who have very strong habit associations between contexts and responses,” Wood explains. When people have such strong associations, their ingrained response is often triggered so quickly it leaves them little opportunity to deliberate about whether they really want to do it. “So they tend to repeat past responses again,” she says.

In another set of studies, Wood’s team is trying to understand the interplay between habit and mimicry. “Humans are big mimickers of each other, and with good reason. People like others who mimic. It smooths interactions and adds to social cohesion,” Wood says. “But part of the challenge is that the people around you are not always doing things that are good for you.” People with strongly formed habits are less likely to let the behavior of others affect their own behavior, she has found. “Healthy habits, once you form them, decrease the impact of unhealthy behaviors of people around you,” Wood says.

Wood likes to blame the Puritans’ religiosity for at least some of Americans’ moralistic fixation on self-control as being the thing that’s lacking when we fall short of our goals. A more contemporary gloss might emphasize the need for mindfulness and deliberateness in all that we do. But such a view may merely set us up for failure — self-control and mindfulness are great, but they’re also costly. “It’s kind of a kind of a hard sell outside of my discipline because of the strong social norms that have developed in our culture about self-control,” Wood says. “But we don’t have to actively exert self-control in order to achieve our goals.”

Learn more about Wendy Wood’s research on habits — and read Lin, Wood, and Monterosso’s paper on training people to choose carrots over M&Ms.