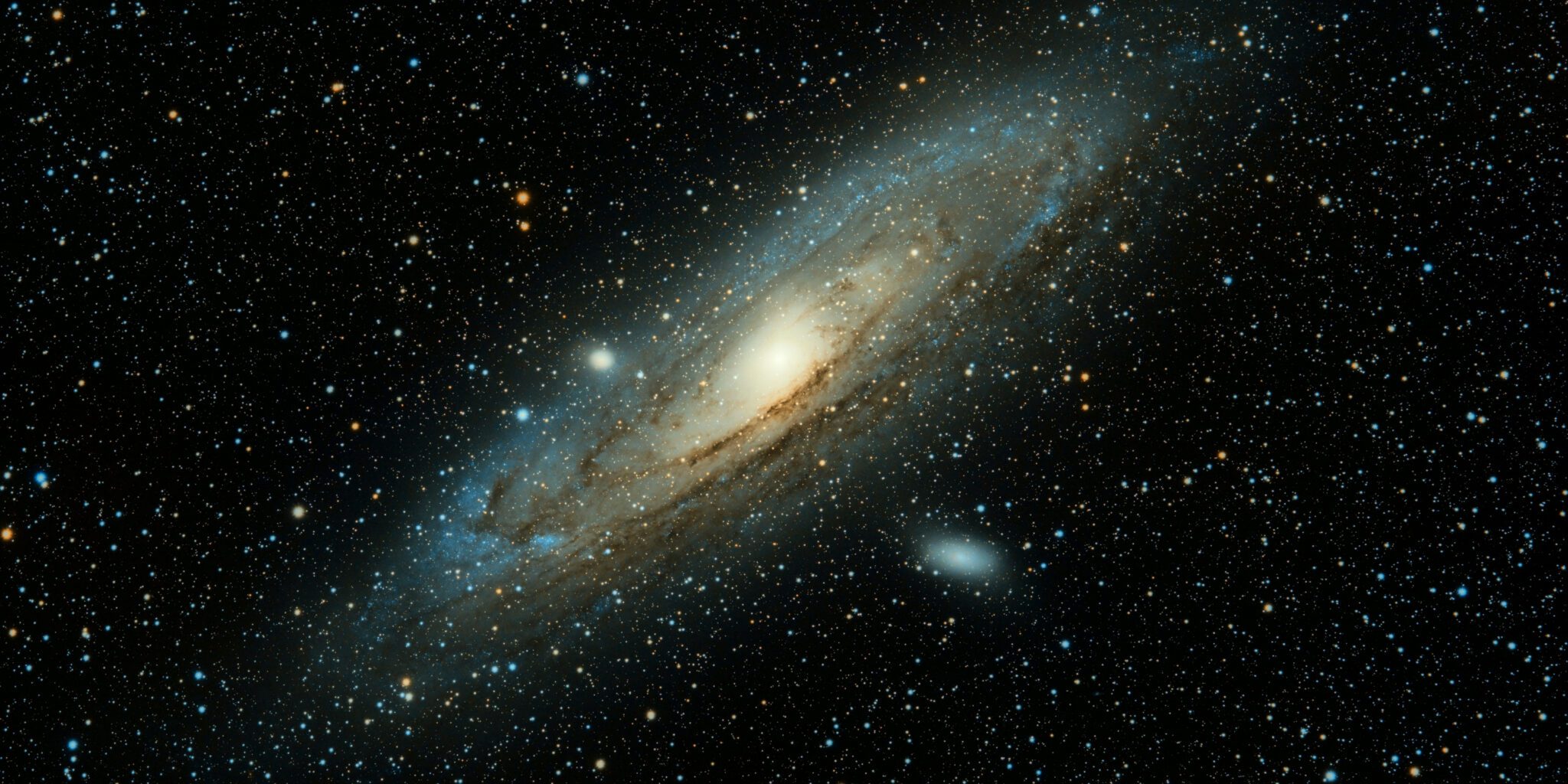 This story is Part II of a two-part series drawing from our recent research review on fine-tuning. If you haven’t already, make sure to check out Part I.

Our scarless universe belies the idea of a multiverse. The notion that we actually live in a multiverse also remains highly speculative and has itself invited criticism. As yet, there is no experimental or observational evidence that it is real, nor that string theory is correct. It has been proposed that collisions between neighboring universes might leave detectable scars on the sky that could be picked up in subtle measurements being made by the European Space Agency’s Planck satellite, but as yet, no such evidence has been forthcoming. If it was found, it would be truly groundbreaking, but would still not confirm that other universes have wildly different physical parameters to our own. To Sabine Hossenfelder, a theoretical physicist at the Frankfurt Institute of Advanced Studies, in Germany, for a hypothesis to be physically interesting, it must be something that can conceivably be observed. “Personally, I would say in a scientific sense, if we can’t observe it, it doesn’t exist,” she says. “You can talk about the existence of other things, like the way people talk about the existence of God, and that’s fine with me, but it’s not part of science.”

Hossenfelder has discussed the fine-tuning problem in her 2018 book Lost in Math. She argues that cases of apparent fine tuning don’t necessarily point to a gap in our theories. “They are just statements of how the theory is,” she says. Her viewpoint is by no means uncommon. Sloan admits that fine-tuning research is something of a cottage industry.

“I’d say 99% of the physics community doesn’t think about fine tuning at all, and of the 1% that do, 99% think ‘these are just numbers in the universe, get on with it,’”

The minority that do care share a concern that Hossenfelder has articulated, which involves the criteria that physicists use in deciding when something should be labeled as rare, unlikely, or fine-tuned. “If you change any constant by enough, you can kill the universe,” says Adams. But how physically feasible is it that any fundamental constant would vary wildly enough to destroy any chance that life could evolve. Take some numbers: Suppose you make the nuclear reactions in the sun a quadrillion times bigger. “At first glance you would think that would be catastrophic,” says Adams. “But guess what? The star doesn’t care.” The sun would now operate at a lower temperature, at 1 million Kelvin rather than 15 million K, so it would be a little bit redder, but would still function. “Most people think the ranges are tiny, but most are several orders of magnitude,” says Adams. If you take gravity and turn up its strength a billion time, you can stop stars working, he notes. “Is that big or small? That’s a question of taste.”

By contrast, the fine-structure constant—a measure of the strength of the electromagnetic force between two elementary particles—can only be changed by a factor of a hundred before disrupting the ability of stars to produce heavy elements. At first glance, it may seem that this means that the value of the fine-structure constant is highly tuned. But Adams notes that when you tune a radio to your favorite station, you have a little less than one percent of wiggle room—and that doesn’t seem so difficult.

Adams argues that you can’t definitively claim that a parameter is finely tuned unless you also know the range of alternative physically plausible values that the constant could take. Another way of thinking about it is that you are far more likely to guess the outcome of a coin toss than to correctly pick this week’s lottery numbers, because there is a much smaller range of possible options to choose from. “When you talk about how likely something is, you need a probability distribution,” explains Hossenfelder. Without that, she adds, “I am highly sceptical that these arguments can be scientifically fruitful.”

Calculating that probability distribution is somewhere between tough and impossible, presenting both philosophical challenges, for bird-like physicists, and practical ones, for frog-like researchers. On the philosophical side, Sloan muses, “how do you define a probability when you only have one universe,” with only one set of physical parameters? There are physicists who are engaged in this endeavor, working out mathematical ways to draw a theoretical sample of cosmoses from a near infinite multiverse of possibilities and use that to try and estimate how likely different kinds of cosmoses, with different properties, are to exist. Sloan has looked at various proposals for the way that the early universe inflated, trying to work out how likely these scenarios are to have occurred. Then come the nuts-and-bolts difficulties with working out what an infinite range of different universes could look like, each with a unique blend of particles, forces and constants. “It’s a whole enterprise for physicists to do this for our universe,” says Adams. “It gets complex very fast to do this for all possible universes.”

Let’s ponder what might happen if this undertaking works, says Hossenfelder. In the best case scenario, physicists succeed in showing that within the multiverse of all possibilities, the physical parameters given by our universe’s standard model of particle physics are in fact highly likely to arise. Even that would not convince sceptics that the multiverse is real, she explains. It would have shown that there is a good way to calculate why our universe’s parameters are just so. “That would be awesome,” Hossenfelder says. But that doesn’t mean that you have to take on the extra baggage of believing that an infinite number of other alternative parallel universes are actually physical real.

The multiverse is neither Adams’ nor Sloans’ primary motivation for investigating fine tuning. Rather, they argue, fine-tuning calculations can shine a light on the physics of our own universe and illuminate unspoken assumptions that might be taken for granted. Sloan has collaborated with scientists exploring galaxy formation and the habitability of planets, for instance. “It was a real education for me,” he says, “seeing all the different ways people put together assumptions in their physical theories.”

Hossenfelder meanwhile is engaging in her own fine-tuning effort, but centered very much within our own universe, thus evading the multiverse’s probability paradox. Her focus is dark matter, the invisible unknown substance that is thought to make up the majority of matter in the universe. Dark matter is inferred to exist based on observations of its gravitational tug on nearby visible matter. “If you take dark matter you can imagine distributing this however you like in each galaxy, to fit any observations,” says Hossenfelder. “And that runs you into a fine-tuning problem in the sense that you have to pick this distribution very very precisely.” The question then becomes whether such a finely-tuned model is more plausible than an alternative model without dark matter. “This is what I think is well-defined scientific fine-tuning problem,” says Hossenfelder. “It’s the difference between looking at a physical change that could occur in nature and looking at something that is only a mathematically possible change in a theory.”

Adams’ passion is stars, how they form and how they function:

“The important question is not ‘is the universe fine tuned or not?’ It is what range of parameters still allows stars to function?”

Viewing stars through the fine-tuning lens he made a surprising discovery: stars are much more robust than is often assumed. For instance, it’s possible to contemplate tinkering with atomic forces in such a way that it disrupts the most common process through which small stars burn fuel. But that wouldn’t necessarily scupper the chances of life occurring in the universe, as is often suspected, Adams notes. All that would happen is that an alternative process, which is already at work in larger stars in our universe, would takeover. As a result, Adams argues, it’s harder to break the conditions needed to foster life than physicists often think.

He also takes a swipe at our egocentricity. “In the back of our mind is the assumption that or universe is the best of all possible universes,” Adams says. We talk about how changing any parameter, even slightly, would make the universe inhospitable, yet we rarely consider whether a small change could have benefitted the cosmos. For instance, Adams has calculated that a minuscule change in the pattern of matter density in the early universe would have led to the formation of many more sun-like stars and habitable planets. “The night sky would be as bright as the day,” say Adams. “The interesting question for me is how do you engineer a universe that does this?”

Maybe a bio-friendly universe is not quite so special, after all. But from Adams’ birds-eye view, as he soars through the clouds and looks down, the news is good. “There are more ways for the universe to do its business than most people realize,” he says. His frog-like calculations appear to confirm that our universe is harder to kill than many assumed. And we can take comfort in that.