Video: The Science of Forgiveness

Learn about the latest research in the science of forgiveness with Dr. Amrisha Vaish, an associate professor of psychology at the University of Virginia and leader of a project studying the development of forgiveness supported by the John Templeton Foundation. She discusses studies demonstrating that young children are drawn to those who show remorse, suggesting that forgiveness is a deep-seated and important ability for our species. So why do we all sometimes struggle to do it?

This is the second video in our series of interviews produced by the independent media company Freethink. Watch the first episode here, which features Dr. Uri Maoz discussing the neuroscience of free will and its implications for human freedom.

Go deeper into the research on the science of forgiveness by reading this white paper commissioned by the foundation and written by Dr. Everett L. Worthington of Virginia Commonwealth University, a pioneer and leading scholar in the field of forgiveness research.

“One paradox that has been often noted is this,” Worthington writes. “Most people highly value forgiveness. Religions advocate it. Talk-show hosts advise it. Yet, despite all this positive attention, most people struggle to forgive. The good news is that there are two well-established, research-supported programs to promote forgiveness—and there are many others that just have less research support, but the limited support for them is still positive.” 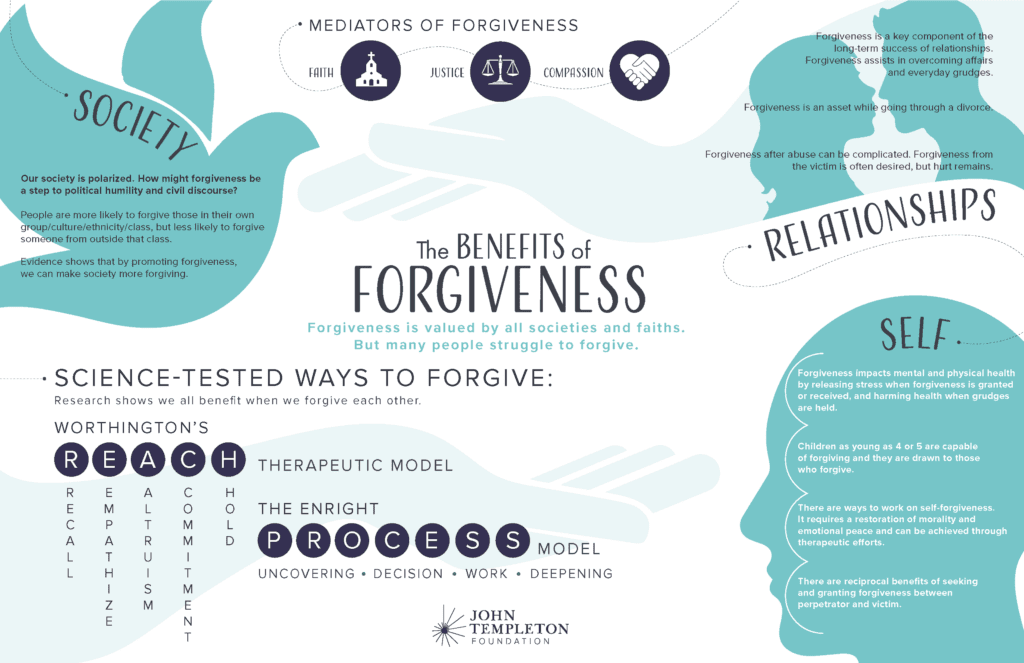 An infographic depicting the benefits shown by the science of forgiveness.

Watch the inaugural 2020 Forgiveness Forum hosted by the Templeton World Charity Foundation in association with The Elders, an independent organization of former world leaders founded by Nelson Mandela in 2007.