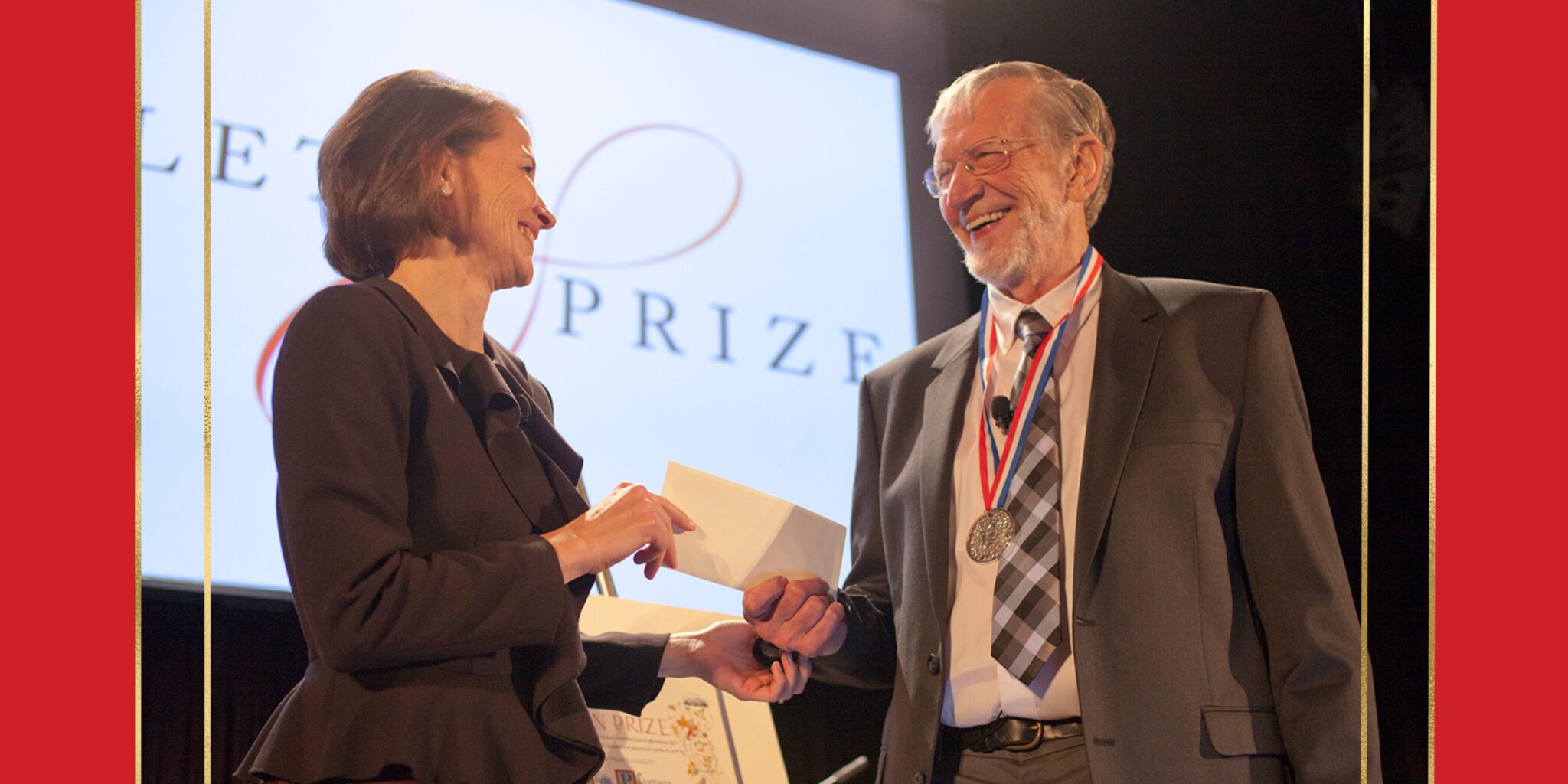 In 2017, the Templeton Prize was awarded to Alvin Plantinga, an American philosopher who broke new ground in the philosophy of religion with his work on the problem of evil and the rationality of belief in God.

Plantinga’s work began in the late 1950s, a time when academic philosophers generally rejected religiously informed philosophy. Over the course of his 50 year career, Plantinga has produced various influential works, such as his free will defense, which addresses the logical problem of evil — or the belief that evil cannot logically coexist with an all-powerful, all-knowing and all-benevolent God — and his epistemological argument that belief in God can be rational without requiring arguments or evidence.

His contributions returned the exploration of religious belief to the philosophical agenda.

On his birthday today, November 15th, we celebrate the remarkable life and achievements of Alvin Plantinga by sharing a tribute from Hamza Yusuf, founder and president of Zaytuna College. The excerpt below was part of Yusuf’s speech at the 2017 Templeton Prize award ceremony.

“Theologians of the Age of Faith considered their works pursuits of science. They grounded their arguments in logic and argued, not for evidence beyond a reasonable doubt eliminating faith, but for a preponderance of evidence, demanding belief. In other words, they used the standard of our civil courts — the preponderance of evidence — for judgment in favor. Atheists prefer a criminal court’s standard and demand evidence beyond a reasonable doubt, which would eliminate the element of faith so essential to theistic belief.

The great theologians of the past grounded faith in reason because they believed that we are created in the Imago Dei (the metaphysical image of God), and since the faculty of reason separates us from animals, the God in whose image we are created must be a God of reason. Let us not forget that many of the great theologians of the past were also working scientists and accomplished mathematicians. All of them, without exception, were first rate logicians committed to reason. Avicenna, known in the West for his medical contributions, was revered in the East for his achievements in metaphysics, theology, and logic. The great philosophers and theologians up until Kant sincerely believed that belief was logical and arguable, and metaphysics or first philosophy captivated the best and brightest minds of the time.

Tonight, we celebrate a theologian — even as we know that designation, for so many, feels quaint at best. But thoughts about God continue to haunt our species; either we choose to dwell and deliberate upon them, or they thrust themselves upon us in moments of weakness by momentous life experiences: a death in the family, a devastating earthquake, a horrid hurricane, witnessing the birth of a child, a sublime starlit Saharan sky, or a sunset painted from the palette of a thousand shades of red and orange. Such experiences make us ponder about what cannot be seen. It must be so for a simple reason: we will always have to grapple with the why questions that our material sciences are unable to answer.

So it is fitting that we honor Dr. Plantinga for his singular contributions to addressing the whys, and for harnessing his extraordinary powers of intellect and directing them to the pursuit of theology’s handmaiden, philosophy — still, for some, in service of her queen. We are all the beneficiaries of his enduring work that has helped put theism back on the philosophical agenda. Without a resurgence of philosophy as the rubric that governs our great human pursuits, we deprive our species of a holistic understanding of knowledge.”