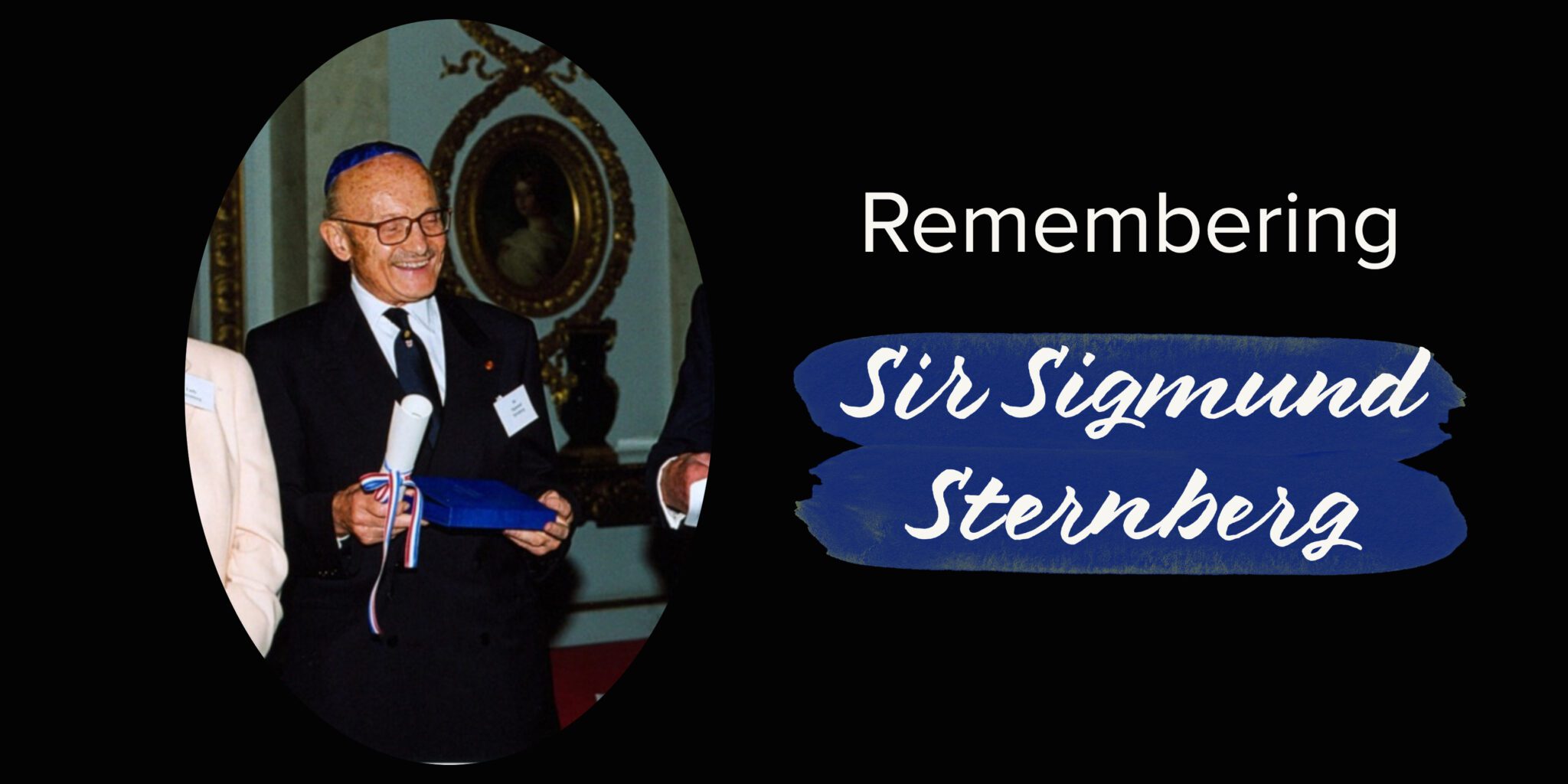 Sigmund Sternberg was born in Budapest, Hungary in 1921 to a Jewish family. At an early age, he was the subject of bullying because of his religion and was ostracized from attending churches and partaking in group activities.

At age 18, when the Holocaust was beginning, Sternberg moved to Britain for safety. These incidents had a profound impact on him as a young man, which motivated him to encourage interfaith relations.

His quiet diplomacy played a critical role in relocating a Carmelite convent at Auschwitz in 1993, helping to organize the first papal visit to a synagogue in 1986, cultivating links that led to the recognition of the State of Israel by the Holy See in 1993, and promoting better relations among Jews, Christians, and Muslims.

We remember him on the anniversary of his passing, October 18th, by reflecting on his passionate acceptance speech delivered at the 1998 Templeton Prize award ceremony.

“As I said here in this city four months ago when the news of my award of the Templeton Prize was announced — and I do not blush about repeating myself — this must be a time for religion to emerge from the church, the synagogue, the mosque and the temple and help create unifying bonds between people which, while not blurring the dividing lines between faiths, could help create a sense of spirit able to soar above the mundane and which, if harnessed, could contribute to the creation of truly caring societies.

I have put the world’s business and religious communities at the head of this forward movement.

If you like, I have made them the shock troops.

They are after all the people who are more in touch with the grassroots than any other element in society — even the physician.

Not too many people see the doctor when they are well. But well, or ill, everyone has contact with the shopkeeper, the trader, the banker.

If the shopkeeper, the trader, the banker is also a religious man — and I see no shame to proclaiming this state of being — we contemplate an army for good whose ranks are massed across nations, across continents, across the world.

If we can but agree on a global ethic acceptable to all men and women of religion, if we can but create an emblem which says “I share your values and I care,” then the Buddhist, the Christian, the Hindu, Jain, Muslim, Sikh, the Taoist — no matter what religion — the adherents of faith can meet the other anywhere on this globe and raise a hand in a gesture of Shalom, a gesture of peace.

Being a businessman means that I must also be a realist and long experience has taught me that it is not easy to get into the business of dialogue, of engaging oneself in the wider world beyond the office or the drawing room.

It is some decades now since I woke up to the fact that, while it is very comfortable to talk, to discuss, even to argue with your friends about those things that matter most in your life, it does not get you very far.

It is much more difficult to talk, discuss, even to argue without temper with those you perceive as your adversaries, even your enemies.

But, I must tell you, there is no other way to grow, to change oneself — and, at the end of the day, it is mere men and women who change the world, whether for good or for ill.

True dialogue must begin with a search for those principles held in common and a commitment to build on those that bind, and not to be blinded by those issues that divide and separate.”

A Voice for the Persecuted | Remembering Michael Bourdeaux