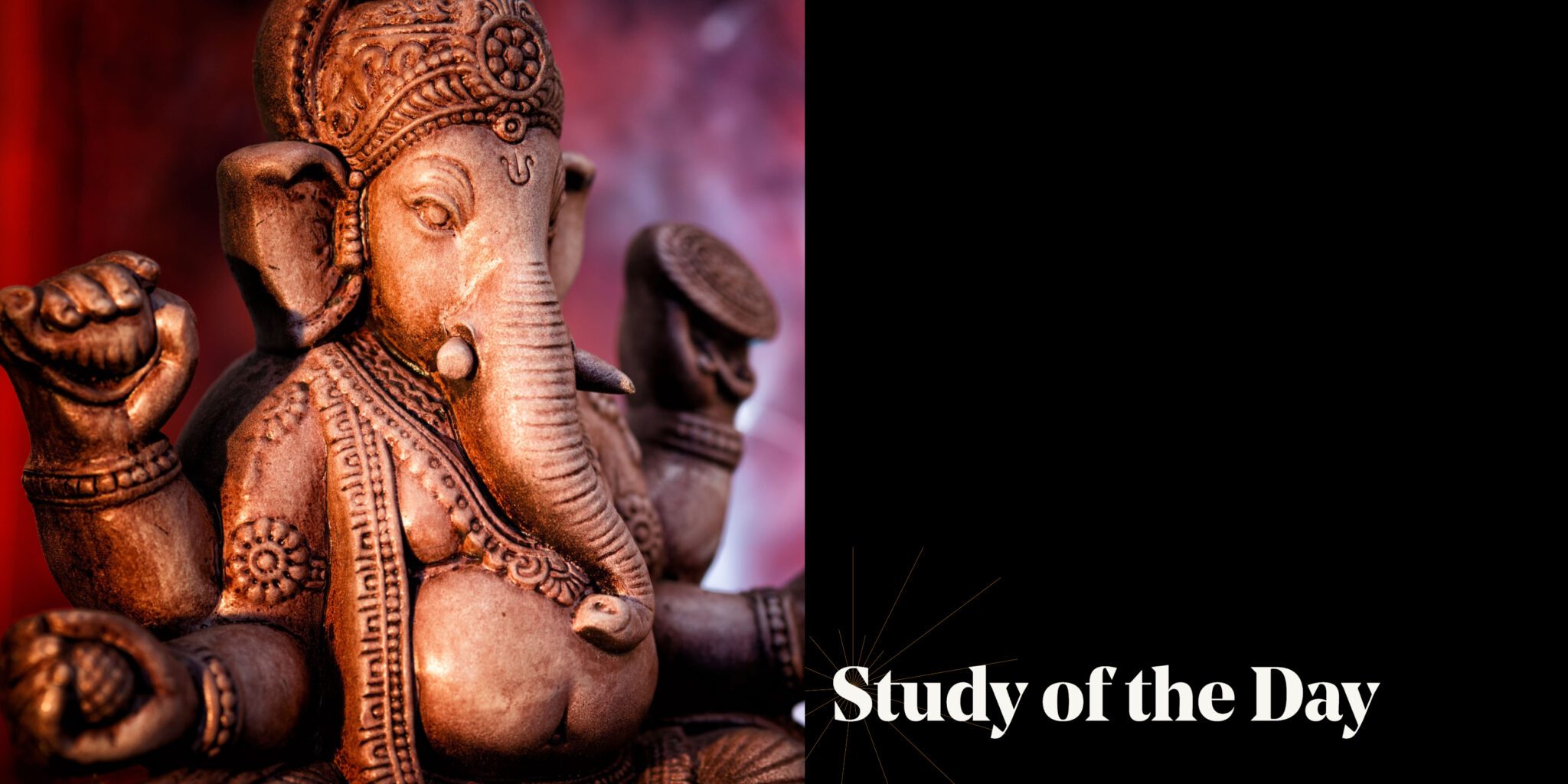 The shot opens the interior of a suburban home: a framed picture of the elephant-headed Lord Ganesh. The camera pans down to a small altar with images of other deities (Lakshmi, Shiva, Hanuman) and ceremonial objects. A teenager’s voice intones: “Hey Gods, it’s Devi Vishwakumar, your favorite Hindu girl in the San Fernando Valley. What’s a-poppin?”

So starts the pilot episode of the Netflix comedy series “Never Have I Ever,” created by Mindy Kaling and Lang Fisher. The series draws from Kaling’s experiences growing up as the child of South Asian immigrants, and has been viewed as a breakthrough moment for portraying a more multifaceted account of the lives of South Asian American girls and women, including their religious practices. Kaling told the New York Times the “Hey Gods” opening line came verbatim from some of her own prayers as a teenager. Other plot points in the show’s opening episodes include proper care for a chemistry book that has been blessed by a Hindu priest, and the desires each main character brings to the altar at the Ganesh Puja festival held by Devi’s community at a local high school.

When it comes to documenting the religion and spirituality of South Asian Americans, sociologists and psychologists have not always fared much better than sitcom writers — but as with “Never Have I Ever,” they are catching up. An initial set of findings were revealed recently in the Journal for the Scientific Study of Religion, in an article by Blake Victor Kent, a sociologist at Westmont College: “Religion and Spirituality among American Indian, South Asian, Black, Hispanic/Latina, and White Women in the Study on Stress, Spirituality and Health.” It provides the first results from extended religion and spirituality questionnaires sent to members of existing longitudinal cohort studies that covered undersampled groups, including American Indian and South Asian women.

The South Asian cohort whose responses are featured in the paper were nearly all immigrants who had on average lived half their lives in America. One of the most interesting findings was that a quarter of respondents said they were “religious but not spiritual” — an inversion of the broader American trend, where according to Pew Research, more than 25 percent of Americans now identify as “spiritual but not religious.” The authors speculate that this may be due both to the pervasiveness of religious practices — every respondent in Kent et al’s South Asian cohort said she attends religious services at least occasionally — and to a perceived higher bar among South Asians for what constitutes a “spiritual” person.

Read the full article, which includes additional findings on American Indian religion and spirituality, including the particular ways that spirituality and health may be intertwined for that group.

Explore other Studies of the Day