A Life-Saving Intervention for Military Veterans 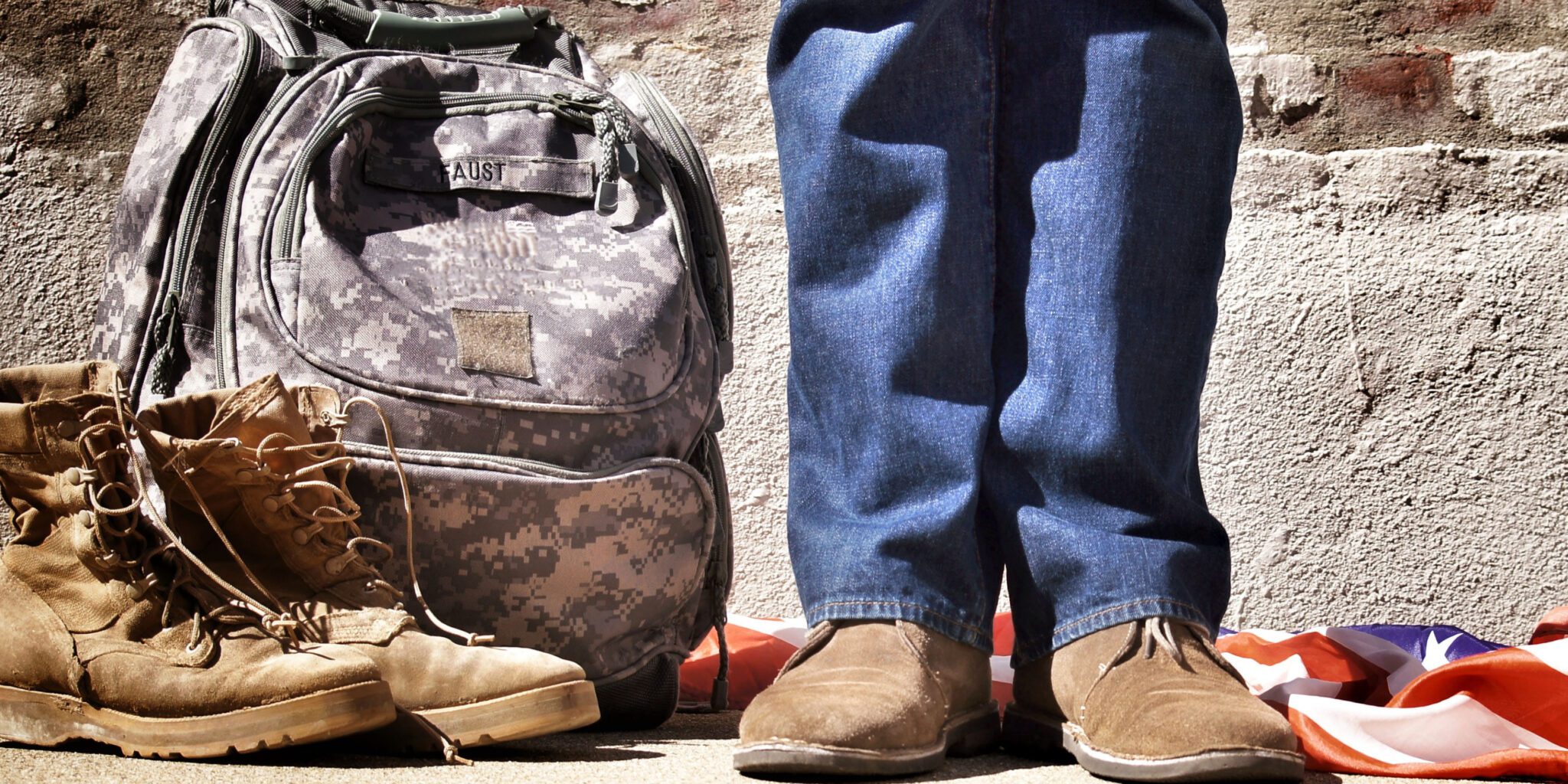 Fresh out of school in 2002, psychologist Irene Harris noticed that spirituality was either one of the best supports for mental health or the core thing causing distress in the lives of her clients in the Minneapolis Veterans Affairs (VA) Health Care system.

“We were seeing patients become suicidal and, in some cases, die because of their spiritual distress,” she said. “We had little to no training with what to do with their spiritual issues.”

She and her colleague Chris Erbes wanted to learn more. Beginning in 2004, with funding from the John Templeton Foundation, the two began research to better define spiritual distress so that they could look for a measurable relationship between trauma and spirituality. “We were able to confirm what we were seeing: spirituality is in fact a double-edged sword when it comes to mental health,” said Harris.

Based on their early studies, they created a manual for how to provide mental health services to veterans experiencing spiritual distress. The resulting Building Spiritual Strength program is an eight-session multi-faith group intervention led by a chaplain and a counselor together. The program indicated statistically significant reductions in Post-Traumatic Stress Disorder (PTSD) symptoms in a pilot study of 54 trauma-exposed veterans. Later, a randomized control trial published in 2018 confirmed Building Spiritual Strength to be an effective treatment program, showing reductions of PTSD symptoms. It was particularly effective in alleviating tension in participants’ relationships with a Higher Power—even two months later.

Now, Building Spiritual Strengths has been adopted in 13 VA sites across the country and is currently being piloted in 58 other facilities. Moreover, the model Harris and Erbes created has the potential to serve much wider populations. In the wake of the pandemic, millions have suffered moral injury from trauma, including the medical care workforce itself.

How we respond to trauma

Most people are exposed to trauma at some point in their life—a car accident, a natural disaster, sexual harassment, military combat, etc. People often experience short-term symptoms of distress when these happen. “Most people climb out of that by themselves,” said Harris. “PTSD happens when someone gets stuck. A lot of it has to do with severity of trauma or repeated nature of the incidence (like combat). But it also has a lot do with support for trauma.”

About 6 percent of the US population (higher in women) will have PTSD during their lifetimes, according to the Department of Veterans Affairs. But veterans experience PTSD at higher rates—about 11 to 20 percent of veterans from the most recent wars in Iraq and Afghanistan experience PTSD in a given year. PTSD can be debilitating and generally occurs immediately after the traumatizing event (though not always). Severe symptoms can continue for years if left untreated.

Therapists use several measurement tools to diagnose PTSD, but sometimes diagnostic tools do not pick up other trauma-related symptoms. In particular, “moral injury” began gaining mentions in academic literature at the time that Harris and Erbes developed their spiritual intervention. Many psychologists once thought of moral injury as a subcategory of PTSD.

Moral injury occurs when someone either participates in or witnesses a morally ambiguous situation. For example, a soldier may have to decide whether to shoot a child carrying a weapon to protect his service unit. Psychologist Craig Bryan found that some veterans with combat PTSD also have moral injury, but some people only had moral injury. Further, when the two trauma responses overlap, there is a higher risk of suicidal thoughts and behaviors. Based on Bryan’s research, as well as others, Harris estimates between 35-60 percent of veterans diagnosed with PTSD also have moral injury syndrome.

Harris and Erbes widened the lens on trauma when it formed the Building Spiritual Strength program, intending to include more people in need of treatment.

The nature of PTSD and moral injury make them difficult to treat, said VA therapist Michael Flaherty, who has facilitated the Building Spiritual Strength at the Sioux City Vet Center. “They often result in feelings of shame and the desire to isolate,” he added. Just participating in a program is “an act of courage,” said Flaherty.

“What makes this, or any form of treatment possible is the willingness of these veterans to face their problems, to help themselves, and to help others.”

A trauma care for the spiritual

According to mounting research, those who lose their religious faith in the course of a traumatic season experience worse mental health. Research has also shown that religion can be a source of support to process trauma. Thus, the Building Spiritual Strength program could be appropriate for those who experience a trauma—whether PTSD is diagnosed or not—amidst a critical time for spiritual development.

In Building Spiritual Strength, a mental health counselor and a chaplain facilitate the program together. The program allows a chaplain to share appropriate scripture with a religious veteran, she said, explaining that professional ethics do not allow a therapist to share scripture. Likewise, a chaplain is not an expert on clinical depression, so it also gives space for a therapist to convey their understanding of symptoms and how they work.

“Depression will try to convince you that God doesn’t love you because it’s trying to separate you from anything that is a source of strength for you,” said Harris. “The work is best done within both scopes of practice.”

Nicole Tota is a chaplain with the Vet Center in Sioux Falls, South Dakota, one of the first to begin using the curriculum. She appreciates working with a professional in another discipline. But also, “this was the first group curriculum I participated in that directly addresses the broken relationship with God,” she said.

The program trains participants on how to use their existing faith resources to manage trauma’s impact in their life. The sessions include prayer and/or meditation exercises, forgiveness, discussions of the problem of evil, and conflict resolution.

Flaherty, who has also led groups through the curriculum, said even a self-proclaimed atheist benefited from it. “By the end of the group he remained an atheist, however he said that he found the group such a healing experience that he was telling other veterans about it and sharing some of its principles with his romantic partner,” said Flaherty.

Tota said, “[The program] was helpful for those who desired to connect back with God and difficult for those who wanted to go a different direction in their healing process from trauma.” The program is not meant to convert people or influence them to change religious affiliations—that choice is up to participants—and leaders commit to supporting whatever decisions group members may make.

Another benefit is that the program might work better for African American and Hispanic veterans, who often do not benefit from traditional therapy. Harris thinks this is partly because mental health therapy can be stigmatized for people of color. But including a chaplain and creating a group setting doesn’t look like typical psychotherapy.

Harris spoke of one veteran who goes to the substance abuse counselor but told her, “What they’re saying doesn’t make sense to me. When I sit down in the spiritual strength group, it makes sense to me.” If you think you have a spiritual problem not a mental health problem, then maybe seeing a chaplain makes more sense to you than seeing a psychologist, she said.

Beyond veteran populations, the medical care workforce could also benefit from the Building Spiritual Strength program. Harris and her colleagues report in a forthcoming journal article that a quarter of the medical care workforce are managing moral injury syndrome. While the wheels are still turning on mobilizing the program in non-military hospitals, Harris says it would copy well given that hospitals also have chaplains available that could help facilitate it. Additionally, since it’s developed through the federal Veterans Affairs system, the program is free. Meanwhile, the path Harris took—beginning with seeing a common problem in therapy sessions, conducting clinical research, then creating and implementing a research-based intervention—serves as a model for applying academic research to the lived realities of underserved populations.

In Sickness and in Health, Integrating Spirituality Is Linked to Better Patient Outcomes