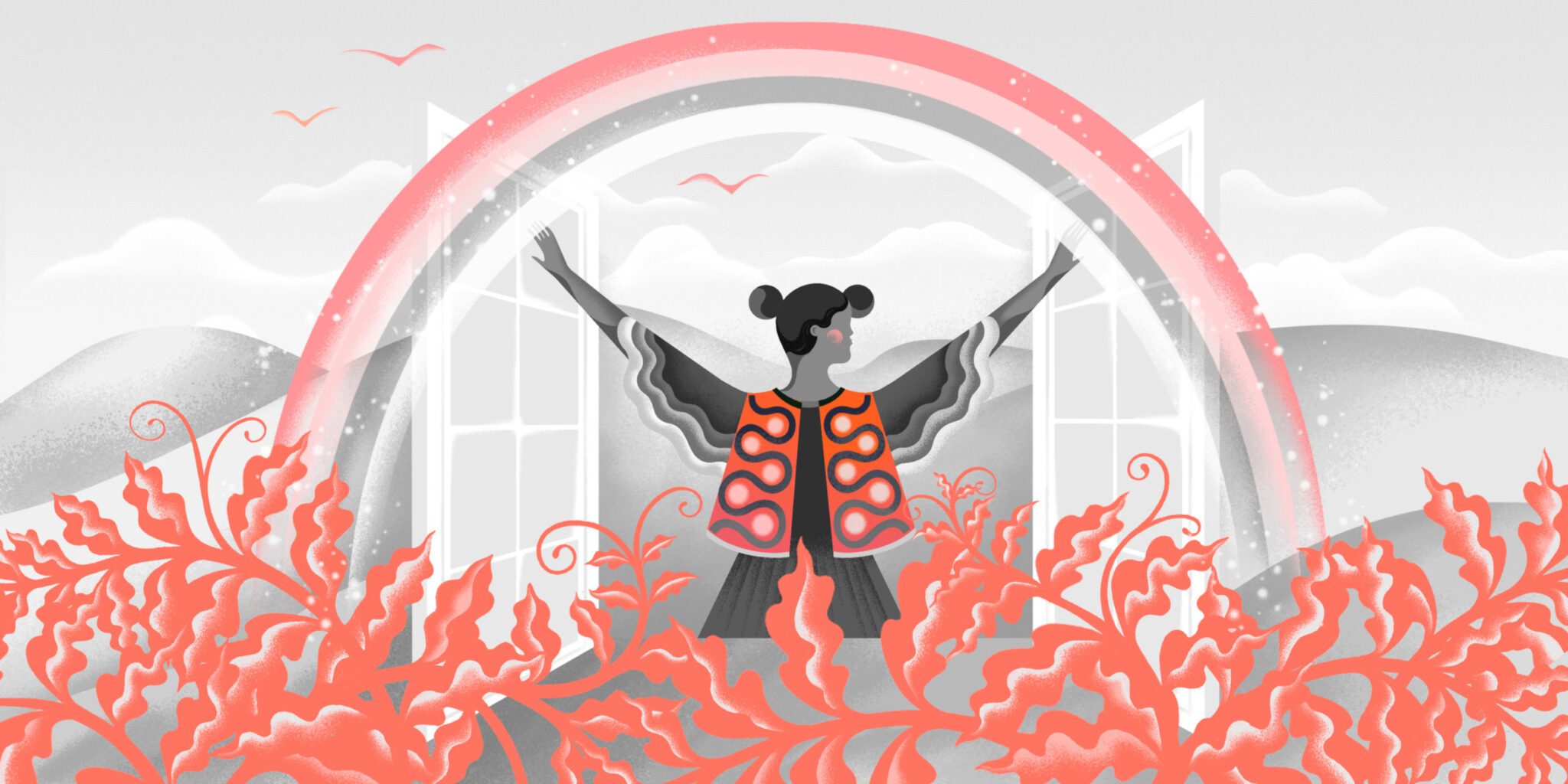 Recently, parents facing dwindling supplies of baby formula are stocking up when they can, emptying shelves and straining an already scary low supply. It’s an echo of the global phenomenon early in the pandemic when panic buying led to a toilet paper shortage. Refusal to share, at least in part, contributes to depleting resources—widely understood as the tragedy of the commons, when individuals rapidly consume a shared resource for short-term benefit leading to depletion of the whole.

Yet sometimes, there are glimpses of people taking no more than they need because they’re thinking of their neighbors. Early in the pandemic, some customers suddenly decided to put some toilet paper back so others could get some, supermarket cashier David Cohen told the Washington Post. As the climate warms and exacerbates existing problems such as deforestation, low fishery stock, and water scarcity, we need to move away from a me-first mindset. So how do we learn to temper our own selfishness?

Researchers David DeSteno and Shanyu Kates think a motivating factor could be gratitude. In a recent study, they tested whether the feeling of gratitude could impact people’s likelihood to take less—even when others are hoarding multiple toilet paper packages in their carts.

Kates began a graduate program studying negative emotions and the interventions to counter them. “Then I came across Dave’s work on gratitude,” said Kates, who started rethinking her focus. “Maybe the emotions themselves can be the interventions.”

A psychologist at Northeastern University, DeSteno’s past work has linked gratitude to increased cooperation and self-control. “The reason that people often do good things, especially if they require self-sacrifice, doesn’t just come from thinking we should, it comes from feeling we should,” he said. “I wanted to study it to see how it greased the wheels of human interaction… to keep our selfishness in check.”

DeSteno and Kates suspected that gratitude would help combat selfishness, particularly when resources are limited, and even do so “in the face of other people being selfish,” said DeSteno.

The researchers tested their hypothesis in an economic decision game in which players decide how much to contribute or withdraw from a common pool. Only a few previous studies have used this model to test how emotions influence decision-making.

Then, the researchers led participants in a computer-based decision-making game, telling them—without sharing strategy—that the goal of the game was to accumulate as many points as possible. In the game, all players had access to a common pool of points. Each point equaled a lottery entry for a $200 cash prize, which would be drawn after the study was completed. The pool began with 200 points, and each round players would take anywhere from 0 to 10 points. The pool would be replenished by 10 percent of the remaining points after each round. Though the identity of the other players was kept secret, a player would see how much the other players had taken each round. The game continued for 20 minutes or until the pool depleted to zero.

However, the game was manipulated. Only one player in each game was a study participant. The rest were virtually programmed for two outcomes. In one scenario, virtual players took less points, leading to a pool that was nearly sustainable. In the other, actors behaved selfishly, taking more from a rapidly depleting pool. At the end of the game, study participants were asked about their perceptions of the status of the common pool.

The results confirmed researchers’ hypothesis: the participants who were emotionally neutral, as well as those who were happy, took more points when they were in shorter supply. In contrast, the grateful participants did not take more when there was less available.

While researchers were able to create a situation that prompted the feeling of gratitude in the lab, how can people be more thankful in their everyday lives, when they’re confronted with situations of constrained public resources? With summer temps expected to soar higher than average across the U.S., will people feel inclined to sacrifice and use less electricity in order to put less strain on the energy grid? Perhaps if they cultivate a life of gratitude.

“The trick is to feel these emotions more regularly in a way that infuses your daily life,” said DeSteno.

Recreating the moment of gratitude Kates and Desteno generated in the lab is not that difficult. “Stop and reflect,” said DeSteno. That was really the purpose of the writing exercise. “If someone lets you in amid traffic, stop and experience it,” said DeSteno. Don’t let the moment slip away without inviting the feeling of gratitude—not just saying a quick thank you but making space for a full moment of grateful acknowledgement. For many religious people, this practice will be familiar. It’s the habit of constantly giving thanks in prayer.

Some psychologists have focused on gratitude as a virtue—as it’s been articulated by philosophers and religious thinkers throughout history—though DeSteno points out that gratitude begins as an emotion. Emotions change from moment to moment, but they play a role in decisions we make about how to behave, which impacts other people. The classic example is that if you have a bad day at work, you snap at your spouse when you get home.

DeSteno said that cultivating gratitude takes more than just reflecting once a day in a gratitude journal—a recent trend where people count their blessings before they go to bed. It might prompt the feeling of thankfulness, said DeSteno, but an individual needs to experience that emotion frequently.

“If you experience gratitude often enough, it should reorient your values and make you less selfish, more communally oriented,”

Then, when the situation arises, a person might more willingly raise their thermostat in a heat wave in order to reduce demand on the grid. “You may be willing to accept more sacrifice,” said DeSteno.

And while maybe that makes you a “sucker,” as DeSteno likes to say, for not putting your own interests first, the hope is that if enough people begin cultivating gratitude, then it will change the social dynamic—and thus the common pool—entirely.