What Can Science Say About the Study of Prayer?

Separating Fact From Fiction in the Templeton Prayer Study

By Frank Fincham, Eminent Scholar and Director of the Family Institute at Florida State University 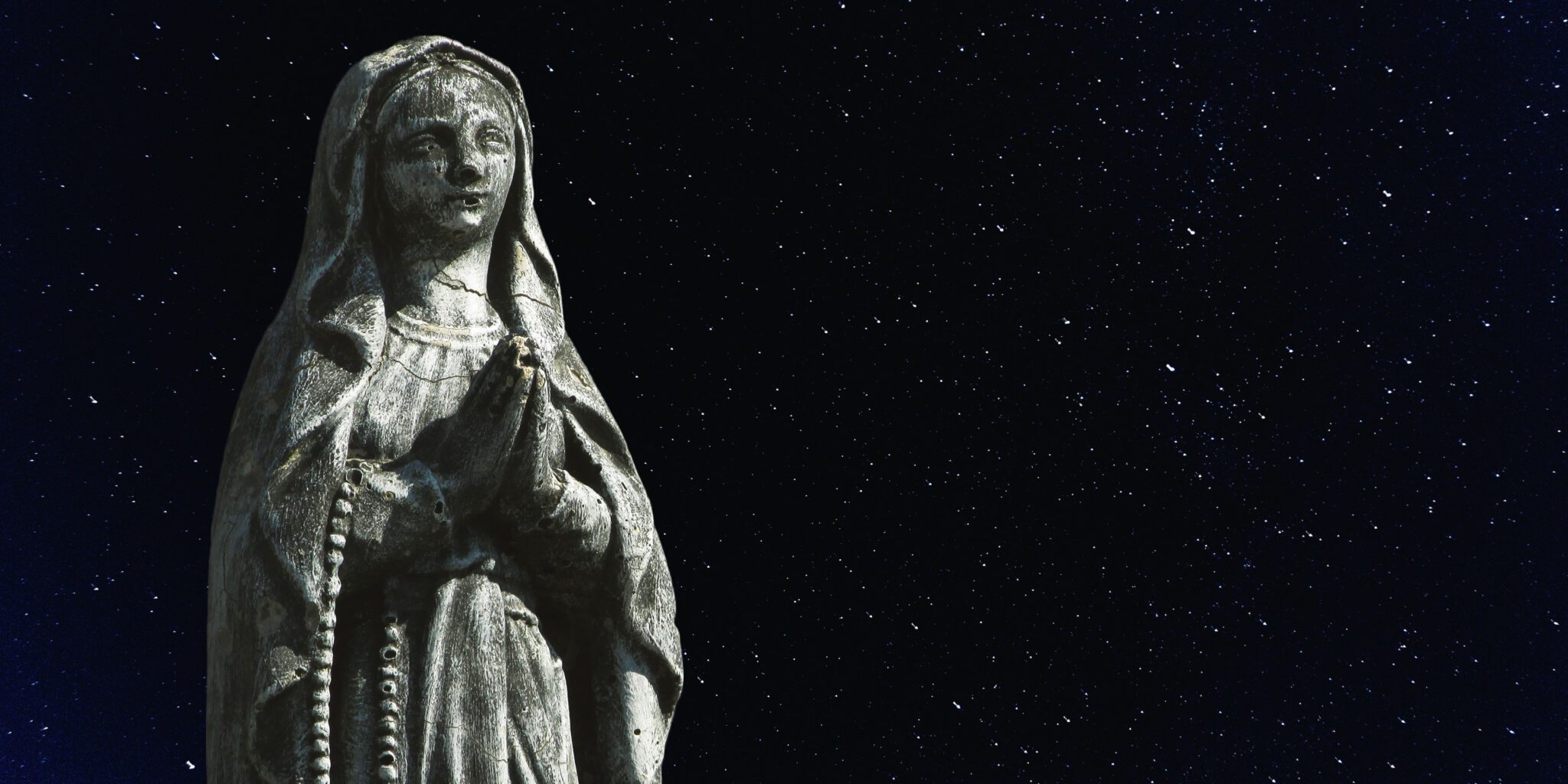 Most adults in the USA say that they have prayed for the healing of others. But does petitioning God (intercessory prayer) for the healing of others lead to better health? This question provoked controversy in 1872 when the Irish physicist John Tyndall proposed a grand study of prayer to answer it. The answer would be obtained by choosing “one single ward or hospital” for sustained prayer by the faithful and comparing healing and mortality rates to those in comparable wards or hospitals. This idea led to the “prayer-gauge debate” and was so controversial on both sides of the Atlantic that the experiment was not done.

Fast forward to 1998. Herb Benson, a cardiologist at Harvard, led what became known as the “Great Prayer Experiment,” or technically the “Study of the Therapeutic Effects of Intercessory Prayer (STEP).” (This study of prayer is also often erroneously called the Templeton Prayer Study, because of funding provided by the John Templeton Foundation.) It was designed to overcome the flaws of existing studies on intercessory prayer, some of which claimed to have shown that petitioning God for the healing of others improved outcomes.

Billed as “The Largest Study of Third-Party Remote Intercessory Prayer” by the John Templeton Foundation, which provided $2.4 million in funding, the study involved 1,802 patients who underwent coronary artery bypass surgery. Patients were randomly assigned to one of three groups. A control group (no prayer) and two groups who received intercessory prayer from various Christian denominations. The two groups receiving prayer differed as one group knew they were being prayed for, but the other group did not. These groups were included to examine the role of suggestion. The primary outcome was the occurrence of complications following surgery.

Complications did not vary as a function of prayer. But 59% of those who knew they were being prayed for experienced at least one complication compared with 52% who received no prayer, a result that was statistically significant. This might reflect the creation of unrealistic expectations from knowing one is the recipient of prayer and experiencing stress when those expectations are not met.

Why Intercessory Prayer Studies Are Flawed

Enough already! Too many trees have been sacrificed in this seemingly endless prayer debate. Why? Imagine that the Benson study had shown a strong effect for intercessory prayer. Would that have ended the debate? Certainly not. In science, single studies are not the final word. Scientific knowledge rests on replicated results. But even if our imagined results replicated, how would we explain them? In everyday life we may refer to the miraculous hand of God, but this will not do in science.

Our imagined results are also problematic on other grounds. They are premised on a view of God that some may see as insufficiently respectful. The implicit view of God in distant intercessory prayer is one of a celestial vending machine whose levers we pull with our prayers. This is compounded when we test intercessory prayer in a scientific context because the need for replication means that we must repeatedly put this God to the test. But both Moses (Deuteronomy 6:16) and Jesus (Luke 4:12) warn against putting “the Lord your God to the test.”

Thus, on both scientific and theological grounds research on intercessory prayer may be ill advised. From the beginning it could have been foreseen that research on distant intercessory prayer was unlikely to resolve either scientific or theological debates on its effects. On the other hand, maybe the problem is not intractable. Perhaps we have just focused on the wrong person when looking for effects.

Who Really Benefits From Prayer?

When we change the focus in prayer research from the person prayed for to the person praying, a much clearer picture emerges. Here, Herb Benson, the renowned author of the prayer study at Harvard that caused such a commotion, said, “Yes, there is a link between prayer and healing!” and after noting the benign effect of prayer on metabolism, heart rate, blood pressure, breathing rate and brain activity he concluded “we got scientific proof that prayer affects body functions and fights stress.” Perhaps the primary impact (and purpose) of prayer involves the person doing the praying.

With this changed perspective we can return to intercessory prayer.

Petitioning God for others is not futile. Our “thoughts and prayers” can signal to others that they are not alone and be a source of comfort to them.

More importantly, they can reorient us and instill a readiness to act in ways towards the object of our prayers that can be impactful at the practical, psychological, social, and spiritual levels.

It was with this question that my colleague, Steve Beach, and I began research on the role of intercessory prayer for a romantic partner. Although virtually all romantic relationships start positively, they can deteriorate over time. We posited that conflicts of interest arise which shift goals from co-operative ones to adversarial ones where the goal is to be right or to win. Such conflicts can be toxic and erode relationship wellbeing.

Happily, there are well defined counseling techniques to improve conflictual relationships but maintaining the improvement over time has proved elusive. We thought intercessory prayer, which is so pervasive in everyday life, might be key. We decided to examine colloquial, intercessory prayer, a form of prayer that invokes God’s help using the individuals’ own language, rather than a set prayer. Our work investigated prayers that focused on improving the wellbeing of the partner.

Our reasoning was that such prayer would bring to mind co-operative goals (though not necessarily consciously) and the praying partner would act in accordance with them. Findings from laboratory and journaling studies supported this reasoning. Following a partner transgression in the laboratory, people were randomly assigned to pray for partner wellbeing or to think about God. Those who prayed acted more co-operatively towards their partner in a subsequent competitive situation. In a diary study, persons randomly assigned to pray for their partner over a four-week period (without the partner’s knowledge), compared to persons who journaled positive thoughts about the partner, were viewed by their partners as more forgiving.

The credibility of these reports is supported by studies that showed partners who reported more praying for their partner engaged in less vengeful behavior during interactions observed three weeks later. This behavior was independent of the person’s stated satisfaction with the relationship and was predicted more strongly by prayer than by relationship satisfaction. Such findings suggest that intercessory partner prayer may act as a protective factor in relationships.

What about serious risk factors for relationships, such as infidelity? To address this question, we had people set aside time each day for four weeks to engage in one of four activities to which they were randomly assigned. Activities were to engage in intercessory prayer for their romantic partner, pray as they usually did, engage in positive thoughts about the partner, or think about daily activities. Those in the intercessory prayer condition reported significantly fewer acts of infidelity than participants in the other conditions.

Are such reports reliable? An independent sample of couples in a similar study showed that objective observers, blind to study hypotheses and the condition to which the participant was assigned, rated participants in the intercessory prayer condition as showing more behavior signifying commitment during a discussion on the future of the relationship. This suggests that self-reported infidelity likely reflected actual behavior.

In fact, we have shown that intercessory prayer for the wellbeing of a loved one not only improves relationship outcomes but also the praying person’s myocardial functioning - oxygen use and blood receipt by the heart occurred without it having to work as hard compared to persons in meditation or no prayer conditions.

Does our form of intercessory prayer result in long term gains? We added intercessory prayer to a short-term preventive intervention and compared longer term outcomes to the program without prayer, as well as a self-help version of the program. The study involved 393 African American couples and found that both intervention groups (praying and non-praying) produced better outcomes than self-help but did not initially differ from each other. However, 12 months later wives in the prayer group condition showed the best outcomes.

So, Does Intercessory Prayer Really Work After All?

The person of faith may not be surprised and wonder if all this merely reflects the common observation that “the couple that prays together, stays together.” But even when just one person in a relationship prays for the wellbeing of the other, there are detectable positive effects. Also, not all joint prayer is beneficial. It can corrode a relationship if one partner uses it to belittle, cajole, or manipulate the other.

Intercessory prayer may be complex, but it can be scientifically shown to be effective provided we take seriously Mahatma Gandhi’s observation that “Properly understood and applied, [prayer] is the most potent instrument of action.”

Learn more about the Science of Prayer.

Research: The Surprising Power of Prayer in Relationships

Faith: Is It Real If You Never Kneel?