Was the Universe Made to Be As Interesting as Possible? | The Marvelous Mind of Freeman Dyson 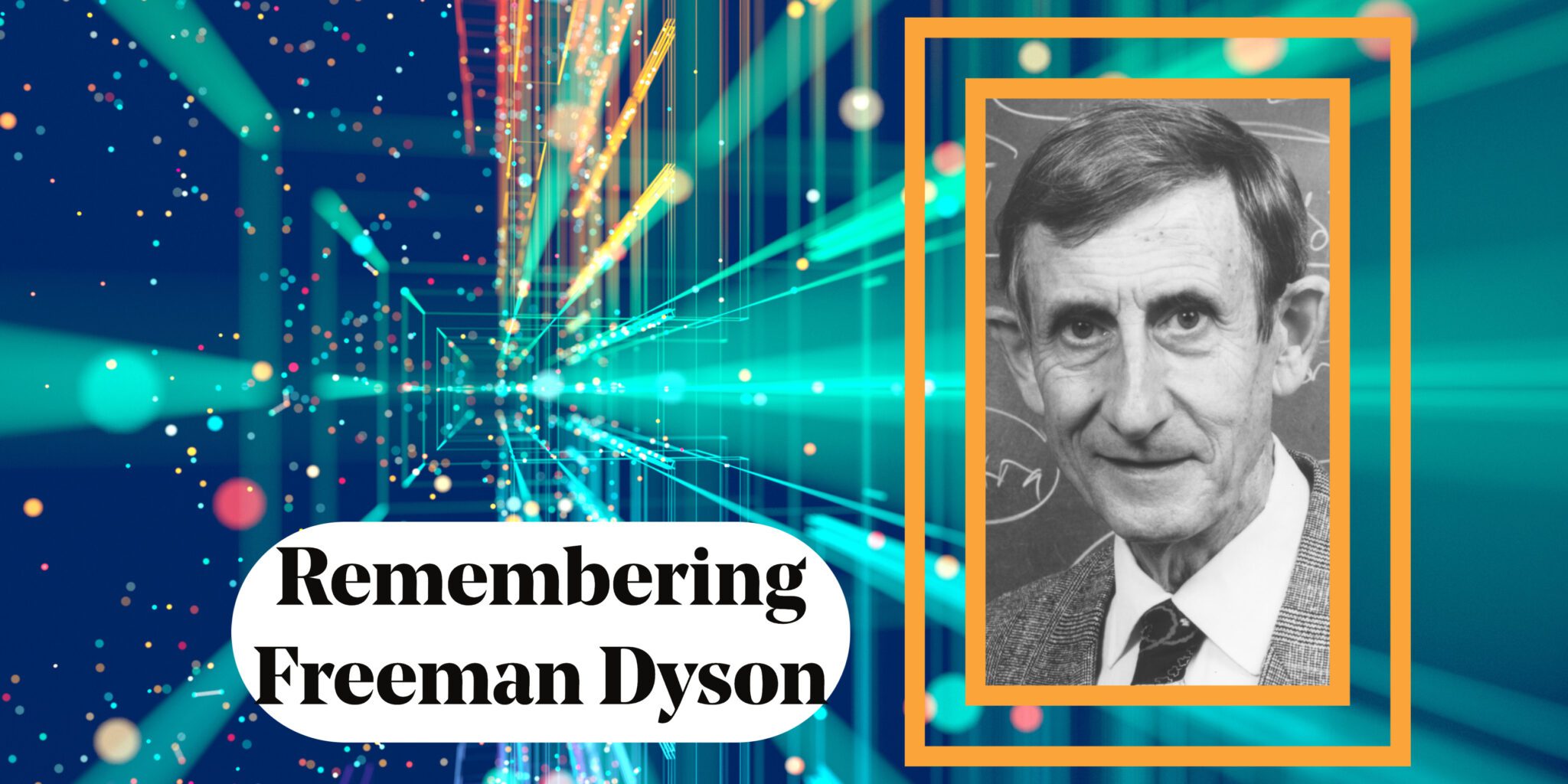 Even among colleagues in the rarefied intellectual hothouse of the Institute of Advanced Study in Princeton — academic home of Albert Einstein —  2000 Templeton Prize Winner Freeman Dyson was known for his original mind. No topic was alien to his curiosity.  Yes, he was a first-rate physicist and mathematician, doing work that many regarded as worthy of a Nobel Prize early in his career, despite (or perhaps, he might say, aided by) never completing his doctoral degree. But he also contributed to nuclear physics, solid-state physics, biology, astrophysics, quantum theory, and arms control policy. He wrote dozens of luminous essays for literary magazines. His astonishing production for the New York Review of Books spanned decades and covered a hair-raising range of topics. Technology, ethics, ecology, and philosophy all fell under his pen. He was also — and in a similarly unconventional way — religious.

In his Templeton Prize acceptance address at the Washington National Cathedral in 2000, Dyson described himself a scientist and a religious person who was “accustomed to living with uncertainty.”

“Science is exciting because it is full of unsolved mysteries, and religion is exciting for the same reason...

… The greatest unsolved mysteries are the mysteries of our existence as conscious beings in a small corner of a vast universe. Why are we here? Does the universe have a purpose? Whence comes our knowledge of good and evil? These mysteries, and a hundred others like them, are beyond the reach of science. They live on the other side of the border, within the jurisdiction of religion.”

An unconventional Christian and a self-described “scientific heretic,” Dyson described his personal theology in his Templeton Prize address as one in which the universe exhibits the qualities of a mind on three levels: the atomic, the human, and the cosmic.

“I do not make any clear distinction between mind and God,” he said. “God is what mind becomes when it has passed beyond the scale of our comprehension. God may be either a world-soul or a collection of world-souls. So I am thinking that atoms and humans and God may have minds that differ in degree but not in kind. We stand, in manner of speaking, midway between the unpredictability of atoms and the unpredictability of God.”

Freely admitting that his theology was not deduced from scientific evidence, but was consistent with it, he then argued that the awe-inspiring qualities of nature revealed something about the creator:

Dyson’s belief in a universe created to be “as interesting as possible” was reflected in his own astonishingly varied and fertile mind. His radical ideas sometimes caused controversy – notably in science policy and climate science — and gave him the reputation of an iconoclast. Or, as he put it, a heretic. As he said of his Templeton Prize address:

“This is the confession of faith of a scientific heretic. Perhaps I may claim as evidence for progress in religion the fact that we no longer burn heretics.”