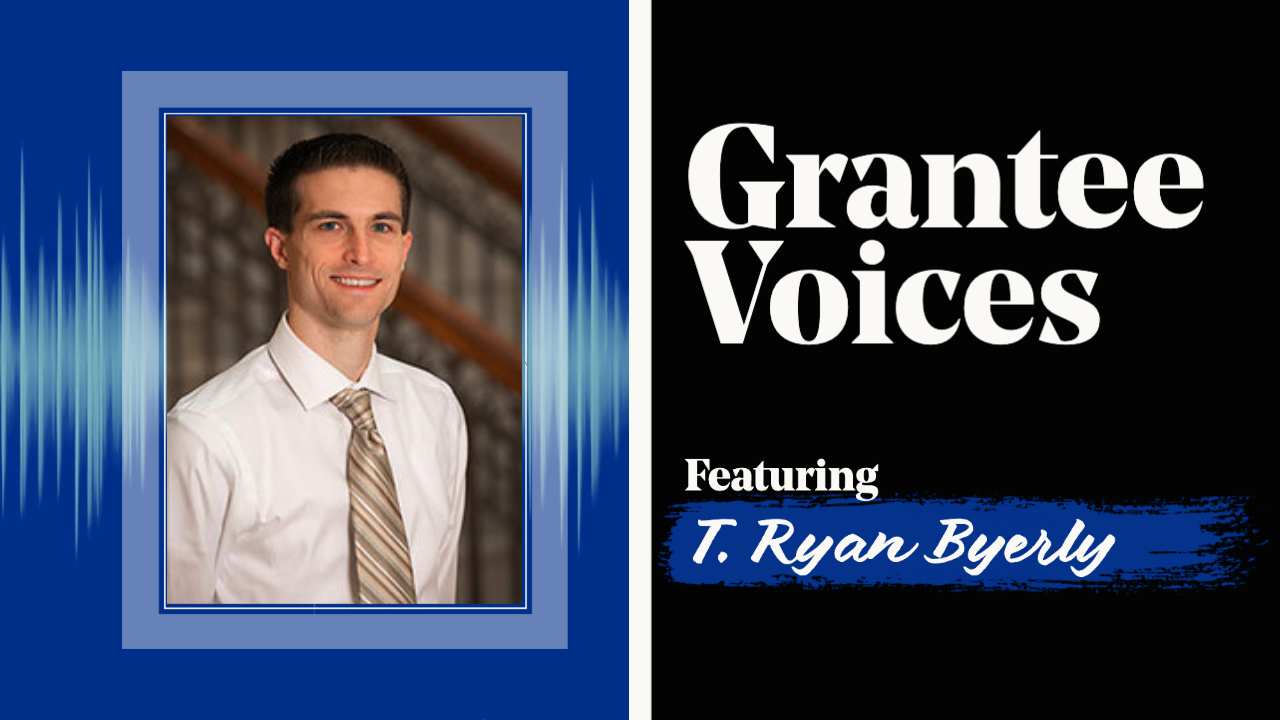 The ‘Grantee Voices’ series features contributions from our remarkable grantees. This article was written by T. Ryan Byerly, Senior Lecturer in Philosophy of Religion at the University of Sheffield.

I once had a teacher with an extraordinary gift: he could turn garbage into gold. Garbage ideas, that is. My classmates and I would come to Alex with our feeble, inchoate, problem-ridden proposals, and Alex would sympathetically listen and help us identify an underlying nugget of insight in our work that we couldn’t have appreciated or developed without his help. He clearly took joy in this, and treated the discoveries like they were ours, even though it seemed to us like he was working some kind of intellectual magic.

While Alex is special, there are many other individuals who resemble him to some degree, whether or not they work as professional teachers. What sets them apart is the way they care genuinely and skillfully about the quality of others’ thought.

They are delighted, and not jealous, when someone else gains knowledge. They pay careful attention to the way others are sorting through quandaries so that they might offer help. When they do, their communication is crystal clear and easy to understand. They’ll share their own perspective on things, but always with the aim of sincerely trying to help others improve their thinking.

People like Alex captivate me. As a philosopher, I’ve tried to think carefully about the kinds of qualities that make them who they are, and some of these are noted above. In more recent work, partnering with psychologist Megan Haggard, we’ve been trying to get a better picture of just how influential these peoples’ special characteristics are.

Through a series of studies, we developed questionnaires that can help us reliably identify to what extent people possess these features. We then recruited a sample of over 500 people to complete these questionnaires and to also answer a wide range of questions about their personalities and experiences in different areas of life.

The differences that stand out the most are the social ones. People like Alex tend to have more satisfying personal relationships, excel more in their work, and be more civically active. Their concern to help others think well isn’t just admirable in its own right—it makes a positive difference for many of the social groups they are part of, large and small.

The main focus of my research with Dr. Haggard has been on civic engagement. Here we’ve found that people like Alex tend to engage more frequently in a wide variety of behaviors that are important for community building and political action.

They are quick to volunteer for roles as coaches, mentors, teachers, or board members. They are more likely to read about social and political issues in the news, follow politicians on social media, and share their own views and others’ views publicly. They also take more active steps like attending protests and public meetings and signing petitions. And they are more likely to vote in local elections than their counterparts and to encourage others to vote and take political action.

We’ve also found evidence that being like Alex boosts your performance at work, especially when working as part of a team. First, people like Alex tend to share their knowledge with others, rather than hiding, withholding, or hoarding it. This is important because in today’s information economy, the failure to efficiently share knowledge is estimated to cost Fortune 500 companies more than $30 billion annually.

Beyond sharing knowledge well as part of their paid job roles, we’ve also found that people like Alex more frequently contribute to training or teaching others at work on a voluntary or informal basis. In this way, they behave as good organizational citizens, which is also known to promote team work performance.

Finally, being like Alex may be good for your personal relationships. When people are asked to list the qualities that make relationships close, the most frequently cited feature is self-disclosure—mutual sharing of perspectives, experiences, and concerns.

Research confirms that more high-quality self-disclosure in personal relationships tends to result in relationships that are more satisfying, mutual, loving, and lasting.

But people like Alex are well-equipped to disclose their inner lives to others, and tend to do so when others want to learn about them.

In a similar vein, among the most desired qualities of relationship partners is honesty. People want relationship partners who will tell them the truth and not deceive them. Research has also shown that more honest people are more likely to have close relationships and satisfying friendships. In our research, we have found that people like Alex tend to be highly honest.

What sets people like Alex apart is that they are intellectually dependable for others. We’ve found that they have qualities that help them to gain knowledge for themselves, too—traits like open-mindedness or intellectual humility or a love of learning—but what’s really unique about them is the traits they have that focus on helping others gain knowledge. These traits make a difference for them in all of the areas described above.

This leads us to an important general conclusion. More self-focused intellectual qualities, such as critical thinking skills, are widely and appropriately lauded for the ways they can improve your life. They even figure in as a central concern of formal education. But if you want to reap the full benefits of a life of intellectual virtue, it’s important to cultivate the more other-focused intellectual features we see in people like Alex.

What exactly can you do to cultivate these other-focused features? Well, that’s a topic Dr. Haggard and I are only beginning to investigate empirically. But, the good news is that there’s a growing consensus about the general kinds of steps you can take. Learn more about the specific traits you want to acquire, think through how they apply to different situations, practice the specific actions they require of you, and seek out honest feedback from people who know you well. Doing so is a winning strategy, both for you and the groups you’re a part of.

How to Think Better: Five Questions with Nathan Ballantyne