‘The Philosopher-King of Whom Plato Dreamed’ 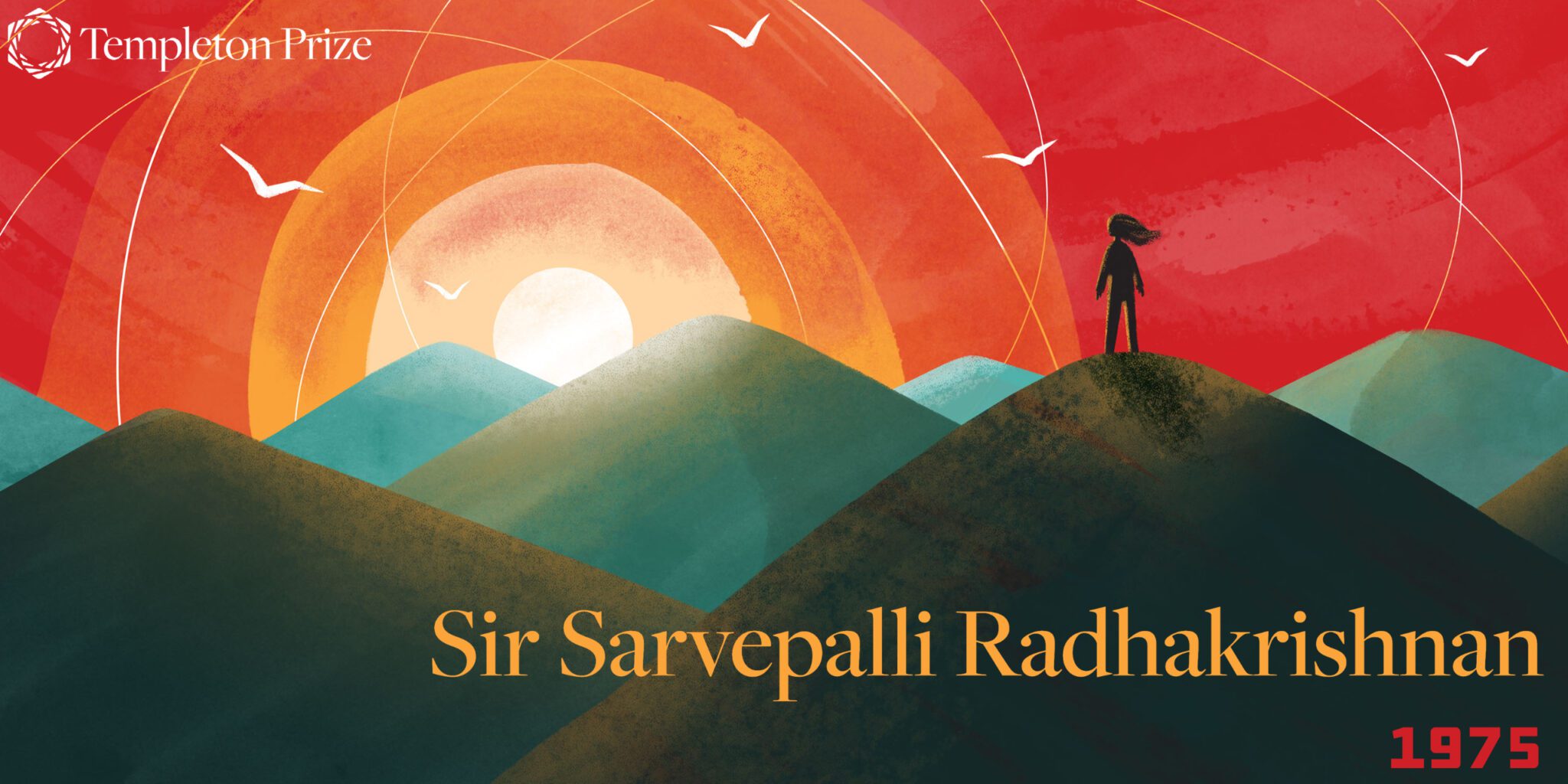 In 1973, the first Templeton Prize was given to Mother Teresa. In 2023, we celebrate the 50th anniversary of this award. Over the next 52 weeks, we will highlight each of the 52 laureates (including years with dual winners) and reflect on their impact on the world. From humanitarians and saints to philosophers, theoretical physicists, and one king, the Templeton Prize has honored extraordinary people. Together, they have pushed the boundaries of our understanding of the deepest questions of the universe and humankind’s place and purpose within it, making this (we humbly think) the world’s most interesting prize.

Sir Sarvepalli Radhakrishnan was born on September 5, 1888, in Tirutani, Andhra Prades to a Hindu family. He was a philosopher, professor, president of India between 1962 and 1967, and one of the most influential Indian academics of his time. An Oxford Professor of Eastern Religions and Ethics, he consistently advocated non-aggression in India’s conflicts with neighboring Pakistan. His accessible writings underscored his country’s religious heritage and sought to convey a universal reality of God that embraced love and wisdom for all people.

In 1896, Dr. Radhakrishnan’s family sent him to Hermannsburg Evangelical Lutheran Missionary school where he was exposed to non-Hindu missionaries and Christian theology. Radhakrishnan would go on to attend Voorhees College in Vellore, India and then Madras Christian College, where he was introduced to many European philosophers that helped shape his views.

While he was introduced to different philosophers, he was also exposed to Christian critics who attacked Hinduism, which compelled him to write his bachelor’s degree thesis defending Hinduism and the Vedanta system.

In 1975, Dr. Radhakrishnan was awarded the Templeton Prize for his vital contributions in bridging the understanding between cultures and religions of the Eastern and Western hemispheres. In coming to their conclusion, the Templeton Prize judges decided that he ‘led the rediscovery of the understanding of God and his contributions to modern Hinduism is one of the most outstanding features in world religion today.’

Due to his age and illness, he was not able to attend the Prize ceremony. The ceremony was held in London’s Guildhall with HRH Prince Philip, Duke of Edinburgh, presiding over it. The award was accepted by The Indian High Commissioner Shri B. K. Nehru on behalf of Radhakrishnan. Sir John Templeton and the Archbishop of Canterbury delivered speeches on Radhakrishnan’s contributions.

We look back on some of the remarks given the day of the event by Sir John and the Archbishop of Canterbury at the Templeton Prize ceremony in 1975.

“Dr. Radhakrishnan has been described by the Public Orator at Oxford as ‘The philosopher-king of whom Plato dream-ed’. But he is more than even that. He is one of the inspired men who has helped to rediscover the meanings of life on earth. To Radhakrishnan, his relationship with the Eternal is of prime importance. This rediscovery may be his greatest contribution to modern Hinduism and to the other religions of the world. Each of us can grow in our personal faiths by being more God centred. Indeed, one could say of Dr. Radhakrishnan that his catholicity is unexcelled.

Because of our birth, culture, history and race, we will view God in different ways. But surely we can learn from each other.

"By studying other people’s ideas, we may understand better the wonders of God’s creation, his meaning for history and the future of mankind."

Indeed, by sharing together the rich variety of visions we may, in the end, better understand each other. Each of us is inspired spiritually when we hear about the dedicated souls in each religion who have found new ways to increase man’s love of God and man’s surrender to the infinite spirit.

All of us worship the same creator, the same ground of being, the same supreme spirit which is infinite, omnipresent and omniscient. Each of us worships in a different way, because we understand so little. The purpose of life on earth may be for each man to grow more spiritually and in the love and understanding of God.”

“It cannot, I think, be said of many that they have an intimate and detailed knowledge of four great cultural traditions, but this can certainly be said of Dr. Radhakrishnan. He knows his United States, for he has very frequently travelled and lectured there; he knows his Britain, because for many years he was professor at Oxford — he gave the Upton Lectures in 1926, the Hibbert Lectures in 1929, and the Spalding Lectures a decade later, and he was one of those very few people to whom the high and distinguished award of the Order of Merit was given. He knows his Russia, for he was the Ambassador of his country to that country; and he knows, needless to say, few better, his own native country of India, and as I learnt this morning, bears as his first name the name of the village from which he sprang.

He was, as we all know, Vice-President of that great nation for a decade, and President for another. That is by any reckoning a very distinguished record. When he served his nation as Vice-President and President he did it as far more than a political figurehead. He was deeply concerned, as all his speeches show, with the relations of India with the rest of the world, and during the sad conflict in 1965 between India and Pakistan, there was no element of rancour to his utterances, but throughout he stood, as he did indeed in all his political career, for honesty and for truth. His ethical judgements and his political judgements sprang — have always sprung — from a deep religious interpretation of the universe, and I think it would be true to say that his two most honoured and revered friends were Rabindranath Tagore and Ghandi — that is a very significant couple of friendships in their influence on this great world citizen. He is well versed in our own Biblical literature and has a wide knowledge of Christian theology as well as a deep understanding of the whole tradition of India.

Anthony Eden tells how on one occasion he was visiting India and had the privilege of addressing a session of the Houses of Parliament there. But he found his task a some-what intimidating one, for he had to follow Radhakrishnan, who introduced him to his audience. Anthony Eden ex-presses his feelings in these words: ‘I felt like a little boy stumbling across a ploughed field after a leveret had shown its swiftly light paces.’

That is a very fair suggestion as to the greatness not only in speech but also in thought of him who is today being honoured with this third award of the Templeton Foundation.”