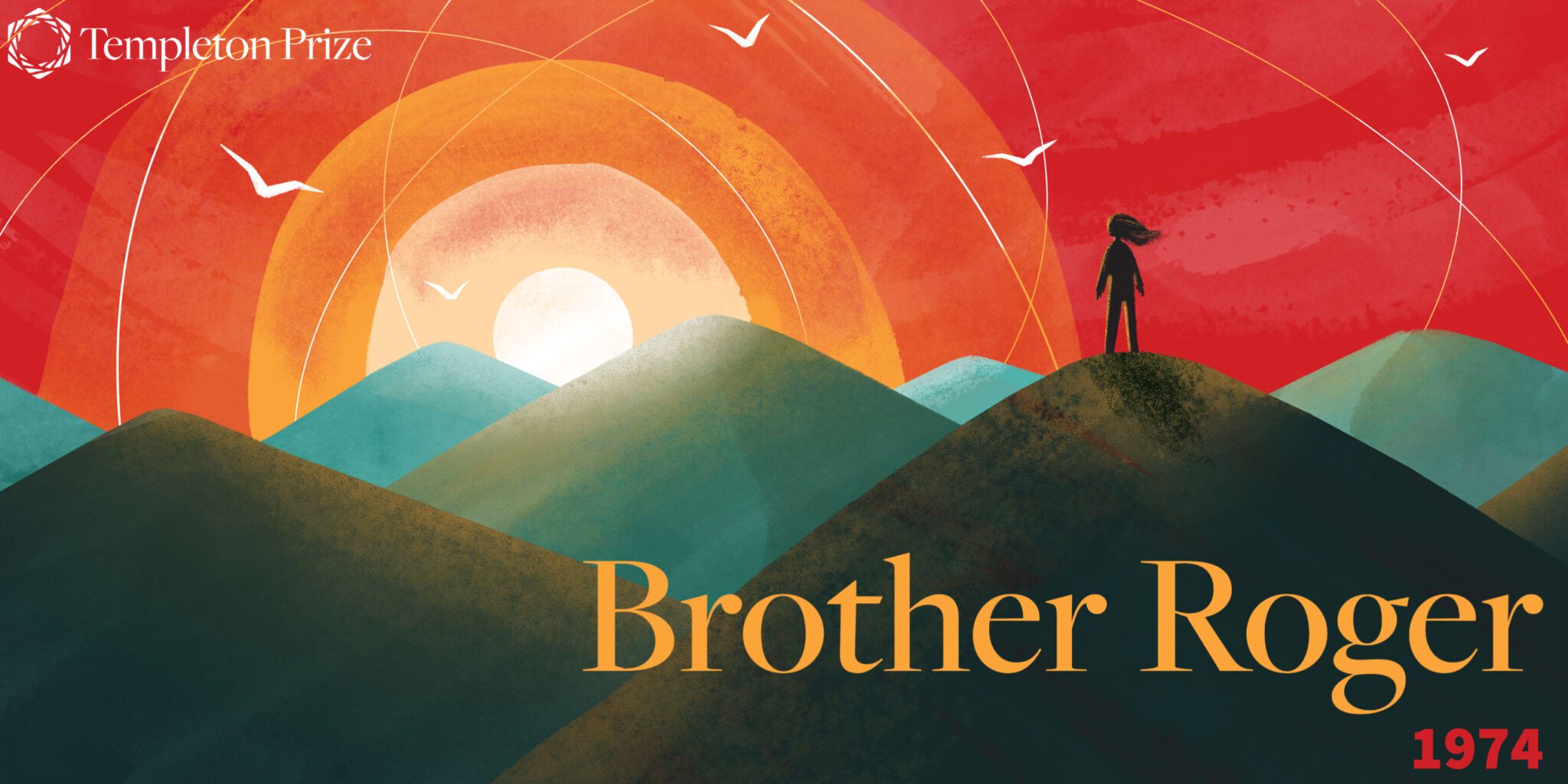 In 1973, the first Templeton Prize was given to Mother Teresa. In 2023, we celebrate the 50th anniversary of this award. Over the next 52 weeks, we will highlight each of the 52 laureates (including years with dual winners) and reflect on their impact on the world. From humanitarians and saints to philosophers, theoretical physicists, and one king, the Templeton Prize has honored extraordinary people. Together, they have pushed the boundaries of our understanding of the deepest questions of the universe and humankind’s place and purpose within it, making this (we humbly think) the world’s most interesting prize.

Brother Roger, born Roger Schutz on May 12, 1915 in the Jura mountains of Switzerland, developed an interest in religion at a young age. His father was a pastor and his mother a French protestant. He studied theology at the University of Lausame.

During the Second World War, Brother Roger felt that God called upon him to help victims of the war. He bought a house in Taizé and hid Jewish and Christian refugees from the Nazis. He was forced to flee the house by Gestapo, but eventually returned in 1944 and founded the Taizé community.

Brother Roger received the Templeton Prize for his efforts to aid orphans in the region surrounding the Taizé community, which led to the founding of the Council of Youth and then the Intercontinental Meetings of Young Adults.

This annually brought tens of thousands of young adults from throughout the world to pray and reflect in Taizé.

The ceremony to honor Brother Roger as the Templeton Prize laureate was held in London’s Guildhall, presided over by HRH Prince Philip, Duke of Edinburgh. Brother Roger delivered an acceptance speech about the importance of the youth and togetherness.

“And it is for us, the older generation, to listen, never to condemn. Listen and again listen, to grasp what is finest in the creative intuition that dwells within the young today.

For me, right from my own youth, I have had the conviction that being a man, having a heart filled with humanity, means never condemning but above all understanding everything of other people.

The young can be judged by certain older people in a way that brooks no appeal, and there are young people whose attitude to the older generation is one of rejection. This generation gap is quite contrary to the sense of the universal. Both risk losing much by it: the young, because they are depriving themselves of human and spiritual experience, the old, because they are relegating themselves to a situation where they passively await their own death. And yet life is a gift of God, for the old as for the young.

When we listen to the young, with the left ear and with the right, which means, when we take them such as they are, we discover an immense diversity of aspirations, a vast plurality.

This is what I have been discovering over the last four years, through the preparation for the Worldwide Council of Youth which will open soon on the different continents. As I think of the Council of Youth, I cannot bring myself to worry, even when people put their finger on the great difficulties and the tensions that we must face. I have such confidence in the intuitions of the young from so many countries, who are gathering at Taizé, who come, who go off again, who search, who pray.”