Wrestling with God: The Six Varieties of Spiritual Struggle

When it comes to spiritual questions, not all wrestling is created equal

The Dark Night of the Soul: Spiritual struggle, as experienced by St. John of the Cross

What blooms from rocky ground?

Questions about meaning, divine presence, and the order (or lack of order) behind our universe are perhaps the most important inquiries humans can make. These kinds of questions — What is my purpose? Is there a God? What can I hope for? — are fundamental human tensions. The Psalms show a long tradition of humanity grappling with God and the problems of evil. Even Mother Teresa famously experienced a prolonged dark night of the soul in which she doubted God’s existence.

While spiritual struggles have been around as long as we have, it’s only in recent years that researchers have begun to directly study this kind of conflict — and its consequences. “Wherever people encounter life’s most fundamental tensions and challenges we can find spiritual struggles,” write professors Kenneth I. Pargament and Julie J. Exline in The Psychology of Spiritual Struggle. These tensions, the authors point out, are “a natural feature of life, outgrowths of our search for significance, our orientation to living, and the situations we encounter over the lifespan.”

Despite the universality of these kinds of questions, the way we respond to such conflict varies greatly. Research shows that the human response to spiritual struggle is far from uniform: this kind of adversity can lead both to growth and to decline, depending on the individual and the type of conflict. People who get the spiritual rug pulled out from under them may experience cognitive, personal, and religious transformation following the disruption. On the other hand, they may experience long-term psychological damage ranging from hostility to PTSD to hopelessness.

To categorize the differences in spiritual struggles, psychologists have identified six varieties. Of these, one in particular shows the strongest connection with emotional distress and poor mental health over time. The range of conflict and its consequences shows that not all spiritual struggle is created equal, and that wrestling with big-picture questions impacts everyone differently.

First, what are the six spiritual struggles humans experience?

We’ll start with the Three D’s: divine, demonic, and doubt. In divine struggles, humans experience conflict related to their understanding of or relationship with God. This kind of struggle might arise during seasons of suffering, for example, when questions of theodicy and God’s role amidst pain suddenly rise to the surface of our lives. People also face demonic struggles, in which they confront beliefs and questions about evil. In this category of struggle, someone might feel like they are being oppressed or attacked by dark forces. Alternatively, the person may sense that their own nature is a force to be combatted. When it comes to doubt struggles, those who practice a religion — and even those who don’t — face tensions that sow seeds of uncertainty in their belief systems. This doubt can cause confusion and distress, and may lead to periods of deconstruction. Doubt-related struggles are common and frequent; a 2014 study conducted among a large sample of U.S. adults found that nearly half of the participants had experienced doubt-related struggles in the last few weeks.

Divine, demonic, and doubt struggles comprise the first three types of spiritual conflict. Next up are the Three M’s, which include struggles involving morality, other community members, and ultimate meaning. 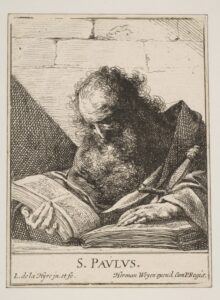 Moral struggles point to the strain people feel around moral decision-making and behavior. Often tensions around morality have to do with the disparity between what an individual values and how that individual acts. (Many of us resonate with the words of Saint Paul: “I do not understand what I do. For what I want to do I do not do, but what I hate I do.”) Then there’s interpersonal conflict between members of a religious or spiritual community. This type of tension ranges from small — personality differences within a synagogue — to large, as in spiritual abuse. It’s worth noting, too, that people don’t need to belong to religious communities to experience interpersonal tensions around spiritual issues.

Lastly, we come to ultimate meaning struggles. This kind of tension has to do with the existential questions individuals face about their purpose in life, and whether life has any meaning in the first place. One might experience ultimate meaning struggles when seeking a higher purpose, when forced to relinquish a long-held identity, or when rebuilding a framework for meaning . “People were especially likely to report struggles with ultimate meaning if they were searching for deep purpose in their lives but had not found this sense of purpose (or had perhaps lost it),” write Pargament and Exline.

Research shows that, of the six varieties of spiritual conflict, ultimate meaning struggles lead to the greatest negative consequences.

Studies conducted among undergraduate students as well as an atheist subsample show that ultimate meaning struggles are the most strongly linked to emotional distress. Compared with other struggles, this category also seems to be an especially clear predictor of poorer mental health over time. Studies of military veterans show that those who wrestled with a sense of significance were more likely to display suicidal behavior. Veterans who experienced ultimate meaning struggles also suffered from steeper declines in mental health and more symptoms of bipolar disorder over time.

Does research offer any hope for those of us who will inevitably come up against questions about meaning and purpose at some point in our lives? While this area of study is still too new to make any clear recommendations, psychologists are learning that certain meaning-related interventions can shift people away from despair and toward resilience. Paul Wong advocates for support in the form of Meaning Therapy, which focuses on personal significance and the positive psychology of making life worth living despite inevitable suffering. Pninit Russo-Netzer’s research shows that the practice of prioritizing meaningful activities in daily life can also help those struggling with questions of ultimate meaning. And while they are more of an unbidden gift than an intervention, sacred moments can also ease spiritual torment. A sense of God’s presence, an experience of awe, or a transcendent encounter with beauty can, over time, help resolve spiritual struggles — even crises of ultimate meaning.