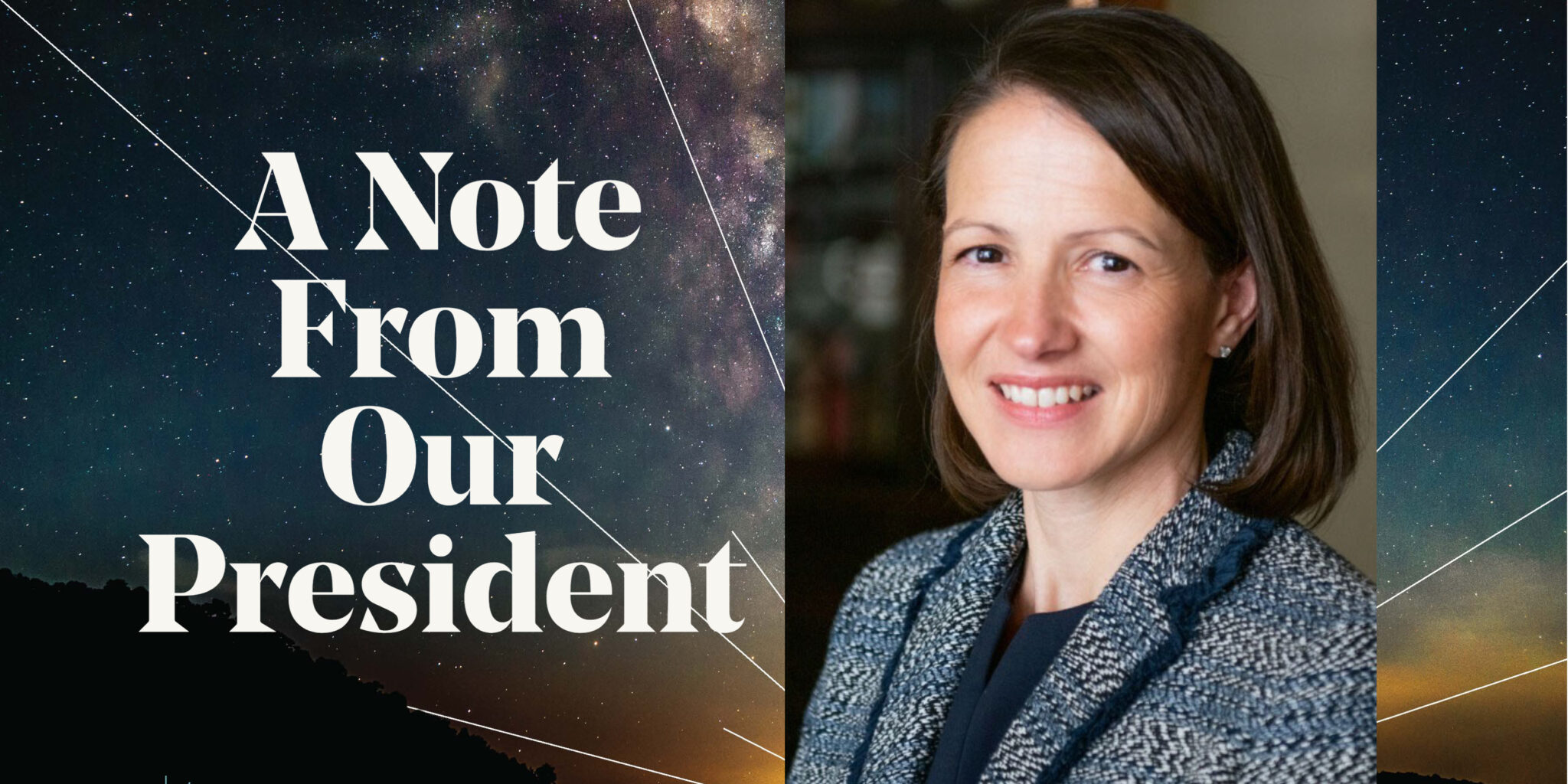 As President of the John Templeton Foundation, I am often asked to explain what we do and why it’s important. Answering this question isn’t always simple: the John Templeton Foundation gives away roughly $150 million a year in funding to support research and catalyze conversations around the world. These projects cross discplines—from astrophysics, evolutionary biology, and genetics, to philosophy, psychology, and economics. We fund Tibetan Buddhist monks studying science and Harvard astronomers uncovering the most mysterious objects in the universe. Our work seems to elude easy description.

But underlying everything the John Templeton Foundation does, there is a far-reaching vision: to inspire awe and wonder and help humanity to understand what it means to live a life full of purpose and meaning.

It is a distinctive vision. We are proud of it and believe it has value for the world. Where did it come from? To trace that story to its roots, we need to go back over a hundred years to a small town in Tennessee where the creator of this vision, my grandfather, Sir John Templeton, was born.

That story begins with his childhood in a community where his mother encouraged open-minded inquiry and entrepreneurial activity. From an early age,  John sold vegetables from his mother’s garden. He cornered the market on the Fourth of July by purchasing fireworks in a neighboring county and selling them in his town for a small profit. He convinced his high school principal to let him create and teach a course on calculus. The local high school in Winchester, Tennessee did not offer calculus at the time and John needed the course to apply to Yale University, where he ultimately matriculated.

Eventually, John started an asset management firm where he honed his skills as an investor. He came to appreciate the opportunities for economic growth outside of the United States during his trip around the world in 1936. Years later, in 1954, he created the Templeton Growth Fund, a mutual fund with a global mandate to find stocks and companies that were doing business in Europe and Asia.

During this time, he suffered setbacks and sorrows. He lost both his mother and his first wife six months apart. Going through these hardships, and surviving them, informed his view on life and personal growth. He realized that he had an opportunity to serve the world. He sought ways to invest in philanthropy. And he began by joining the board of the Princeton Theological Seminary that led to the creation of the Templeton Prize and ultimately the creation of the John Templeton Foundation.

It was in philanthropy that he found a deep sense of purpose, and his greatest joy. In 1992, he sold the Templeton Mutual Fund companies to Franklin Resources, and from that point he focused his attention on developing a philanthropic vision that would support undervalued areas of research. He believed that these areas of research could teach us about the nature of the universe, of humanity, and the meaning and purpose of our lives. He took great interest in the mysteries of the natural world and believed that research in physics, biology, psychology, philosophy and theology and many other disciplines would help us understand what it means to live a life full of purpose and meaning.

John, or Sir John as he became known after he was knighted by Queen Elizabeth for his philanthropic contributions, wanted his philanthropies to help the world pursue a richer understanding of “love, purpose, creativity, thanksgiving, prayer, humility, praise, thrift, compassion, giving and worship.”

His boundless spiritual curiosity contributed to his unique vision for human flourishing – his belief that “every person has a spiritual reason for being” and that “our world is incomplete until that reason or purpose is discovered.”

It is this vision that led him to create the John Templeton Foundation, and it is this vision that we continue to pursue today. We are focused on enabling people to build lives of purpose and meaning so that they can flourish. We do this by supporting research and catalyzing conversations that inspire awe and wonder.

Looking ahead to 2022 and beyond, my hope is that the John Templeton Foundation continues to identify areas of research that have the potential to make a meaningful and practical difference in the lives of individuals and communities. And I’m looking forward to the results of exciting projects that are already underway — from establishing a robust science of love to launching an unprecedented global study of human flourishing to probing the deep nature of time.

And I hope that you will explore with us. Keep reading at Templeton Ideas to learn more about the topics and projects that we support.