The ancient Jewish Book of Enoch begins by encouraging its reader to consider the regularities of the natural world and declares that this awe-inspiring order is the result of the laws that God appoints for nature.

“Contemplate all the events in the sky; how the lights in the sky do not change their courses, how each rises and sets in order, each at its proper time, and they do not transgress their law.”

Enoch explains how God laid down his laws for the sun, moon, stars, earth, trees and the rest of the natural world, and then admonishes human beings to obey God’s laws in the same way that nature does. For Enoch and other ancient Jews, the regularities of the natural world had their foundation in the dynamic, continuous action of the Creator God. God issues his decrees to nature, and nature faithfully obeys. Like the ancient sage who authored Enoch, philosopher of science Jeff Koperski — professor at Saginaw Valley State University and author of the recent book Divine Action, Determinism, and the Laws of Nature — also sees the laws of nature as having a divine origin.

What Is a Law of Nature?

While the term “laws of nature” and the idea of a miracle as a violation of a law of nature have long been used as if everyone knew what was meant, Koperski explains that this intuitive level of understanding is “not only false, but also obscures an important shift in the history of science.”

It is not so clear to contemporary scientists what a law of nature actually is. Indeed, many pioneering physicists in the last century have found the status of the laws of nature to be utterly mysterious. For instance, Nobel laureate Eugene Wigner reflected on how the existence of mathematically describable laws of nature “is something bordering on the mysterious and there is no rational explanation for it,” and Nobel Laureate Richard Feynman observed that the fact that there are laws of nature at all “is a kind of miracle.” 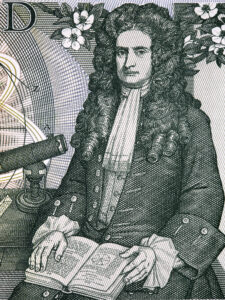 For the early scientists (called natural philosophers) who first developed the scientific concept of the laws of nature, however, it was quite clear what they were — namely mathematical depictions of order and regularity that were conceived of and created by God. As Koperski explains: For early modern scientists such as Descartes, Leibnitz, Newton, and Boyle, “theism was not merely an appendage to an otherwise naturalistic approach but rather an inextricable part of their theorizing.” They believed the orderliness of the cosmos was imposed by a rational Creator God as “a system of rules” (Boyle) or as Newton put it, principia (principles), which could then be discovered and described by rational human minds as “laws”. They understood God as being continuously active in the universe through his laws of nature.

What Is a Miracle?

The original scientific view that the laws of nature were simply God’s sovereign decrees eventually gave way to the version more common today which sees explanation through natural law as replacing any need to appeal to God. The consequence is that God and the laws of nature are set in opposition to each other. Even though such a dichotomy, says Koperski, “would have been quite puzzling to those who first used the notion of laws to describe nature,” Enlightenment thinkers increasingly came to view miracles as events which broke or violated the laws of nature. By the 19th century this development led many scientifically-minded Christians to abandon their belief in an active God, and also it led many who believed in miracles to become increasingly suspicious of the claims of science. Many Christian intellectuals in the 20th century perceived a need to bridge theology and science in order to plug the gap through which the faith of the modern world was leaking.

In recent decades, as scientists and theologians worked together to figure out how God’s continuous action could fit into the framework of natural law, quantum physics appeared to come to the rescue, since it allowed for a causal indeterminism (aka causal gaps) at the most fundamental level of physical reality. Many scientist-theologians reasoned that God could act at the quantum level to accomplish his purposes and that such divine action would not violate any laws of nature. While this would seem to limit God’s action to a very tiny sphere of influence, proponents of quantum divine action responded that events at the quantum level could be amplified by phenomena such as the butterfly effect and they pointed out that even though atoms are small, they’re everywhere. Today, however, says Koperski, the quantum divine action option is not so compelling. This is because physicists have shown that in the vast majority of cases “what happens at the quantum level stays at the quantum level.”

Regarding the supposed dichotomy between miracles and the laws of nature Koperski responds, “What exactly is the problem with God breaking the laws of nature? Laws are not created entities or powers that act as intermediaries between God and nature; they are best understood as expressions of God’s will for nature.”

Within daily life, regularities in nature are interrupted all the time and nature’s response is to adapt to change. There is always something new in nature, and as new patterns and entities emerge, previous natural patterns and entities adjust accordingly. This novelty does not break or disrupt the natural order or laws any more than the evolutionary emergence of new ecosystems undermines the laws of organic chemistry.

The same principle applies to God’s relationship with nature. In Koperski’s proposal for divine action, “God can at the very least do everything we can do without violating the laws.” Consider, for example, what happens when you reach into a grandfather clock to adjust the hands for daylight savings time. You have changed the course of that law-governed system — since you moved the hour hand forward — but the laws of motion have not been violated. In the same way, says Koperski, “the universe is an open system from a God’s-eye point of view, like the clock is to us.”

According to Koperski, “The laws of nature never break, they flow. They adapt to change.” Nature’s deep propensity for adaptation in response to novelty and change could even be seen as a law of nature itself. Nothing in either classical Newtonian physics or quantum physics prevents the introduction of new influences on a system. To illustrate this idea, Koperski uses the classical example of two balls colliding on a pool table. Assuming a very simple system where there is a perfectly elastic collision — which itself is an idealization — what happens if one were to tilt the table just prior to the collision? This tilting would produce changes in the decomposition of forces, the force of friction, and a few other factors, resulting in a new differential equation at the end. However, the laws would not change.

Moreover, in both classical Newtonian physics and in quantum physics there are cases in which particles can appear out of “nowhere” — such as in quantum vacuum fluctuations, in quantum tunneling, and in John Earman’s “space invader” scenario (where particles appear from infinity in finite time). Such cases of the spontaneous appearance of particles within finite time do not break any laws of nature. The gravitational and the electromagnetic fields adapt to these new particles, and they would do so even if much larger bodies were involved.

In the same way, the adaptation of nature in response to the novel action of God is not a violation of the laws of nature. As a miracle worker, God the Law Maker is not a law breaker. Because God is the one who sets the rules of the game, these same rules allow for creativity and novelty at many levels of play. Indeed, as Enoch wrote thousands of years before, the laws of nature are simply manifestations of acts of obedience as the diverse phenomena of nature “carry out their works” for the one who created the laws.