The Problem of Evil and Experimental Philosophy of Religion

What does it take for the idea of God to become philosophically untenable? It may depend on who you ask. 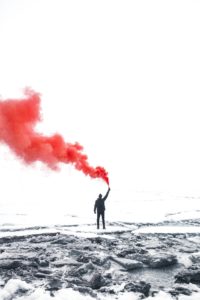 During the second half of the 20th century, a cohort of philosophers, most notably 2017 Templeton Prize winner Alvin Plantinga, developed what many regard as a definitive rebuttal of the so-called Logical Argument from Evil. That argument holds that the existence of evil is logically incompatible with the possibility of an all-knowing, all-powerful, all-good God. The rebuttal goes like this: since it is possible that some evil exists as a necessary condition for some greater good (such as affording humans free will to choose between right and wrong), the existence of evil is not logically incompatible with God’s existence.

According to Ian Church, professor of philosophy at Hillsdale College in Michigan, while many philosophers affirm the logic of the rebuttal, many also still find it deeply unsatisfying. “Even though many philosophers admit that the existence of God is logically compatible with the existence of evil, they argue that given our experience of evil, it still seems unlikely that there’s a God like this,” Church says. “This leads experimental philosophers to wonder what sort of experience, and whose experience, is informing these skeptical sentiments.”

Church is one such experimental philosopher, and along with Fuller Graduate School professor of psychology Justin Barrett and theologian Oliver Crisp of Fuller Seminary, he is working to design and carry out a major cross-cultural survey of intuitive reasoning about evil. “We’re trying to see if there’s any variance in our intuitions about evil, and if so, what accounts for the variance,” Church says. “Does such variance give us reason to trust one person’s intuitions — even our own — over another’s?”

It isn’t necessarily the case that everyone’s intuitions should always be counted equally. “If you’re talking about a specific technical Western aspect of knowledge, then maybe it’s okay to trust the intuitions of technical Westerners,” Church says. But while some western-trained philosophers may see pervasive suffering as intuitively incompatible with religious belief, there is little reason to think that their intuitions are universally shared. After all, Church notes, “people from developing countries — where there’s ongoing civil war or genocide, where starvation is a real threat and where there’s real suffering all around them — often have some of the strongest faith.”

Robust cross-cultural data will be a starting point for evaluating the range of intuitive judgements with which people respond to suffering and evil. In order to make sure their survey asks the right questions and minimizes the chance of researchers and respondents simply talking past each other. Church and Crisp are beginning the project with a careful examination of current philosophical and theological work on the problem of evil. Then, they will collaborate with Barrett to design and carry out the intuition-probing survey with various groups around the world.

“We’re trying to see where the insights of experimental philosophy might be informative,” Church says. “If the arguments that are being used to draw the atheist’s conclusion don’t draw on intuitions or intuitive reasoning — if they are purely a matter of logic — then it’s difficult to know how to apply an experimental methodology. But if these arguments take as their starting point our personal knowledge of evil or our experiences of evil, then we can see if the underlying psychological constructs are shared cross-culturally.”

Although the project addresses a category of opinions already strongly held by atheists and theists, Church remains agnostic about the survey’s implications. “The way this project is set up could undermine many of the seminal versions of the argument of evil for atheism,” Church says. “In so doing it might provide intellectual support for theism, but I think this project is a double-edged sword — the results could also cut against arguments that favor theism.”

For Church, the deeper goal is to show how experimental philosophy can provide insights into longstanding philosophical questions. “We’re also trying to have an ear for issues that we might explore in terms of the psychology of the philosophers, and thus what motivates the kinds of arguments that are defended,” Church says.

Church notes the power of illustrations that are used in making philosophical arguments — often a vividly described specific instance of suffering is the starting point for a discussion of the problem of evil. “We might wonder if our psychology is primed in a certain way when we think about these powerful stories,” he says. “What would the arguments look like if we didn’t start with one of these stories?”

“I’m personally hesitant to make too sharp a divide between arguments based on purely logical foundations as opposed to those that rely on intuition,” Church continues. “My suspicion is that intuitions operate everywhere, and how we think even about logic is going to be intuition-driven in certain respects.”