From the hero’s journey to the walk-a-thon, the idea that suffering builds character may be a powerful tool for unlocking achievement. 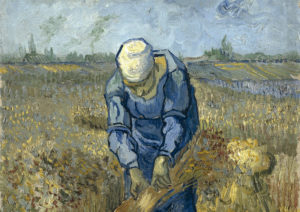 What’s the best way to encourage people to do something that’s in their best interest, especially when that something is difficult or unpleasant to do? Daphna Oyserman, a professor of psychology at USC, has been thinking about variations on that question for a number of years: how do you influence someone else (or yourself) to study hard, exercise regularly, floss, or put money in a 401k when it requires present sacrifice for a future payoff that seems distant and unlikely? In studying these questions she and her colleagues developed and tested approaches that use identity to spur motivation in several ways: by helping people feel that the future is closer; by showing that the suggested strategies are used by people like them; and by emphasizing that the difficulty of a task does not necessarily mean that the odds of success are low.

But as Oyserman piloted interventions in schools based on that theory, she began to suspect that there was another significant factor at play in whether or not people were able to tackle difficulty. At first she thought it might relate to feelings of morality  — but she realized that didn’t quite fit the phenomenon she had observed. “People just feel that suffering is good for you, not because it’s the moral thing to do, but because it’s character-building and — if you’re a religious person — maybe it brings you closer to God,” Oyserman says. “What I hadn’t really thought about is that sometimes engaging in a difficult task is valuable because difficulty and suffering are ennobling.”

This was not a novel idea outside of the realm of experimental psychology — “when you think about explaining suffering that’s kind of the meat and potatoes of why we have religions,” Oyserman says. But she realized that within her field nobody had closely examined the sanctifying role of difficulty. In religion, sanctification is the process of being made holy, and applies to people or objects seen as set aside for special purposes. More broadly, Oyserman says sanctification also applies to common cultural narratives about heroes and leaders: often, she says, “they had terrible things happen to them, they suffered and it was through the suffering that their character was revealed.”

Ennoblement occurs not just in the lives of saints or in the archetypal myths and legends described by scholar Joseph Campbell’s “Hero’s Journey,” but also in smaller tasks and accomplishments. “You can think about things like walk-a-thons, where somebody will raise money by doing something difficult,” Oyserman says. “No one ever says ‘give me money for eating chocolates.’”

In a new series of studies, Oyserman is now attempting to develop a testable scale for a mindset she calls difficulty-as-sanctification, a mindset that says that undertaking difficult things has a transformative personal value that doesn’t depend on one’s ultimate success. Her research aims to confirm that the proposed mindset is, as she puts it, “a thing” — and more importantly to see if prompting people to think about sanctification can affect their willingness to work at difficult tasks. She is joined in the work by cognitive psychologist Veronica Yan, a former postdoc from Oyserman’s lab who is now an assistant professor at UT Austin, as well two current USC PhD students: Gulnaz Kiper, who brings a strong interest in culture and cultural processes, and Mohammad Atari, who has an engineering background and an interest in big-data analyses.

Many of the individual studies will begin with a short questionnaire related to one of the difficulty mindsets, intended both to gauge people’s receptiveness to the relevant mindset and to prime them to apply the mindset in a difficult task. Oyserman and her team are also giving careful thought to their test populations: the project will run a mix of experiments on subjects recruited online with Amazon Mechanical Turk (MTurk), as well the more standard psychological study population of college undergraduates.

Both groups present advantages and challenges. “The great thing about MTurk is it finally allows us to have the opinions, the behaviors, and the responses of people who are not solely 18 to 22 and who don’t have parents with a lot of money,” Oyserman says. The MTurk population also tends to have a higher proportion of people with conservative and religious outlooks — both of which traits Oyserman believes are correlated with the difficulty-as-sanctification mindset.

The college cohort offers its own advantages: it’s easier to observe and control experimental conditions when the subject is physically present, and because the college subjects are active students, it’s not hard to convince them that a test they’re being given matters. “I can give an adult some hard math problems to do on MTurk, but it’s more difficult for me to believe they would find these to be particularly important. Whereas when you’re in school, it’s kind of like an automated thing,” Oyserman says.

Oyserman believes that a diversity of research perspectives is extremely helpful in differentiating true effects from artifacts of any one experimental method. “Everything that you do is going to have a limitation, a blind spot, something that somebody could counter-argue,” she says. “So it’s really you have to do different things across different populations and ages.”

She is also grateful for her own team’s diverse backgrounds. With roots in Israel, Turkey, Iran and Hong Kong, the group has first-hand familiarity with Jewish, Muslim, Christian and Confucian outlooks. “It’s good to have a team where you actually have some lived experience across cultural and religious backgrounds to help us think about this,” Oyserman says.

Thinking of how a difficulty-as-sanctification mindset might appear across larger cultures fits well with Oyserman’s own approach as a social psychologist. Thus, she is more focused on identifying the contextual aspects of a sanctification mindset — less “what is the kind of person who does this?” and more “What is the context in which this is triggered and what are the consequences of triggering it?” Understanding that may help people to access some of the benefits of the saint’s or hero’s journey when facing life’s everyday challenges.