Project to Foster Intellectual Humility and Counter the Psychology of Tribalism

Pushing the brain beyond its evolutionary constraints, one conversation at a time. 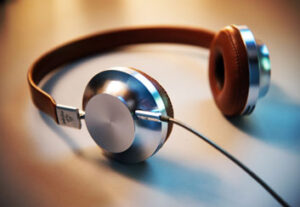 Journalist and author Robert Wright is a master of what you might call the split-screen style of conversation. In the early 2000s, during what he calls the “primordial ooze phase of streaming video,” Wright used support from the John Templeton Foundation to launch meaningoflife.tv, a website that streamed Wright’s lengthy in-person interviews with philosophers, scientists, and theologians to discuss  the “big questions” surrounding the universe’s origin and meaning. In 2005 Wright co-founded another internet site, bloggingheads.tv, which helped to popularize the “diavlog” format: two webcam streams, displayed side by side, capturing two people in long-distance conversation. The genius of the format is twofold: its stripped-down nature minimizes production logistics, opening up the kinds of discussions that can be created and shared. And by eliminating cutaway editing, the viewer spends equal time watching the participants talk and watching them listen.

MASS COMMUNICATION IN AN ATOMIZED WORLD

In 2015, the Templeton Foundation gave Wright an additional $1 million grant to support him in his role as a visiting professor of science and spirituality at the Union Theological Seminary, and to further his public outreach, including what Wright calls a “resurrection” of meaningoflife.tv for the age of YouTube and podcasting. Wright’s latest grant, which began in 2019, is a continuation of that work with a specific focus on intellectual humility and tribalism, allowing Wright and his associates post new conversations several times a week that touch on those topics.

One recent program, a diavlog between Wright and Princeton philosopher Gideon Rosen, featured a wide-ranging discussion of materialism and consciousness. “We started off by challenging the naive views of philosophical materialism,” Wright recalls, “but by the end we were drawing out scenarios of cosmic purpose.”

Spurred by the current political and rhetorical climate, another set of conversations have examined the social-media-fueled rise of certain kinds of tribalism and the possible ways to counter its effects — for instance, a recent diavlog between Wright and media theorist Douglas Rushkoff covered the shifting norms of online behavior and the transition from satellite-TV-mediated global experiences to the atomized and hyper-targeted media experience of the modern Internet.

“When you get to this problem of the psychology of tribalism, it’s intellectual humility more broadly that is very much implicated,” Wright says, referring to a virtue that encompasses recognizing and owning one’s intellectual limitations in the service of pursuing deeper knowledge, truth, and understanding. “People are often reluctant to entertain the possibility that they’re wrong about something and people in the other tribe are right,” Wright says.

Evolutionary psychology has been a theme of much of Wright’s journalistic work and played a central role in several of his books, including The Moral Animal (1994) and The Evolution of God (2009). Understanding more about the conditions and constraints under which humans evolved can offer insights into why certain types of thought — whether about abstract subjects like quantum physics or empathy with those outside our various “in groups” — can be so challenging.

“The human mind was designed to win arguments, not to see the situation clearly or to understand reality at its deepest levels,” Wright says. “Questions of ultimate reality and ultimate purpose are not things you would expect the brain to naturally grasp.”

When it comes to tribalism, Wright says it is easy to focus solely on its most visible expressions — the rage and the hatred — without understanding the mental conditions that make such negative effects possible. “It’s important to appreciate that what sustains the rage and hatred and anger are cognitive biases that convince us that we’re right and they’re wrong, that we’re upstanding and they’re depraved,” Wright says.

So can we — as individuals or groups — ever escape the biases and limitations of our evolutionary brains? Perhaps not fully, but Wright thinks there are tools and techniques we can use to enlarge our perspective.

“One way to address some of these biases is through mindfulness meditation,” Wright says. (Indeed, Wright’s most recent book, Why Buddhism Is True, examines the benefits of Buddhist practice from a secular, scientific starting point.) But Buddhism hardly has a monopoly on helpful approaches, Wright says. “You see this in a number of spiritual traditions such as when when Jesus questions focusing on the speck in your brother’s eye when you’ve got a log in your own eye.”

THE CASE FOR ARGUMENT

For Wright, openness to hearing other perspectives is both a high-minded ideal and a  base-level job description. When planning conversations for meaningoflife.tv, he is aware of the challenge that his own biases might pose while being grateful that talking about life’s meaning will inherently invite a wide range of bias-challenging opinions. “I actually like arguing,” Wright says, “so by nature I wouldn’t only interview people I agree with. When I hear an idea on some big philosophical issue that doesn’t make sense to me, I’m actually eager to talk to the person.” And when it comes to the interplay of science, philosophy, and theology, “just having an interest in these areas opens up a lot of terrain.” The result is a series where, as Wright puts it, “the guests have nothing in common except that I’m interested in what they’re thinking.” And that interest itself goes a long way towards modeling the kind of conversations that a curious and intellectually humble approach can make possible.