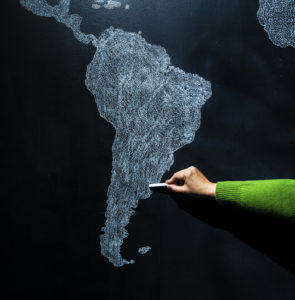 Argentine economist, educator and public intellectual Eduardo Marty has been training young entrepreneurs for nearly three decades through his work with Junior Achievement, an international pro-entrepreneurship movement founded in the United States in 1919. Indeed, Marty himself helped to found Junior Achievement movements in Argentina, Paraguay, Brazil, Colombia and Spain. He has long believed that the best way to improve a society’s level economic freedom is to give young people a taste for starting their own businesses. But his work has not been without unintended consequences: “One day an intellectual friend told me, ‘Eduardo, you’re creating emigrants!’” Marty laughs. “Once the students discovered entrepreneurship, they don’t like the political climate, taxes, relations, and all type of obstacles, so they decide to emigrate.”

Indeed, according to major indices of world economic freedom published by the Fraser Institute and the Heritage Foundation, since the mid-1990s Argentina’s levels of economic freedom have plummeted from the second quartile to the bottom, yielding a “not free” ranking due to increased trade barriers, weakening support for property rights and an expanding government.

Marty realized that his challenge was not just to nurture entrepreneurs but to help arguments for economic freedom become part of the national and regional discourse to counter a freedom-restricting strain of populism that had been on the rise over the past two decades. “Unless we help to change the culture, it will be very difficult to teach entrepreneurship,” he says.

To pursue that change, Marty and his sister and colleague Maria Marty sought a small amount of seed funding to allow them to devote their time to the project of increasing awareness of issues related to economic freedom among high school and university students as well as with influencers in business, journalism and academia.

Over the course of two years they developed a curriculum and deployed it in 18 multi-unit courses, enrolling a total of 380 high school and university students. They also organized a series of TED-talk-style presentations, as well as other lectures and debates with public intellectuals, and convened several “Socratic Seminars” designed to spur discussion among business professionals and academics.

The Martys note that in the academy, Argentina and Latin America more broadly have far stronger cultural and philosophical ties to continental Europe than to England and the United States. Maria Marty recalls talking to a group of businessmen about political revolutions in Europe. While most of them knew a good bit about the French revolution, none of them could recall anything about England’s 1688 Glorious Revolution, which created that country’s first constitutional monarchy.

For his part, Eduardo Marty recounts the story of a friend who took comparative photos of required texts of the philosophy departments of the University of Buenos Aires and of a university in the United States. “He made a Venn diagram and there were only four or five common names between the two,” he says.

Eduardo Marty also believes that as more and more young Argentines become as familiar with the philosophies of Locke and Jefferson as they are with Hegel and Foucault, they will see the value of greater economic freedom. “We are a small group of intellectuals and educators, but I think we have been influential,” he says. “When this kind of grant ends, you need to face reality. But we have managed to move forward.”

Since completing their seed grant, the Martys have continued rolling out their secondary school courses, and are on track to run 50 courses in 2018. They are also working to digitize their content to reach even more students, and have commissioned a Portuguese translation of the curriculum for use in Brazil. They also intend to produce a one-minute capsule video suitable for social media to help explain aspects of economic freedom.

“We think we are on the right path to achieve this goal and we are already very happy with the tools we developed and the results we have achieved,” the Martys wrote in their final report on the seed grant. “This project was for us a confirmation that, exposed not only to economic data but also to ethical and moral arguments, people respond with much more interest and involvement.”