Does Self-Giving Love Require an Evolutionary World? Evolutionary Theodicy in Light of the Mystical Tradition 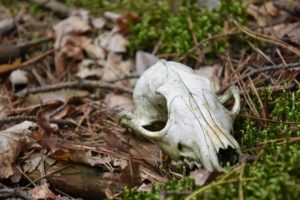 Theologian and philosopher Mats Wahlberg, a professor at Sweden’s Umeå University, has long been fascinated by the theological implications of natural selection. “If you look at it superficially, the laws of evolution might appear to be antithetical to the Christian worldview — they involve a lot of competition, survival of the fittest, suffering and extinction,” Wahlberg says. “So the question arises, why would a perfectly good God choose to create by such a process?”

In theological terms, a theodicy is any attempt to understand how a good God could justifiably allow evil or suffering to exist. For Wahlberg, evolution requires its own version of theodicy — one with potential insights into the origin and purpose of divine and human love.

“In order to have great love, you have to be prepared to suffer for the sake of the one you love, just as Christ suffered for humanity on the cross,” Wahlberg says. “Perhaps we cannot separate love and suffering — they go together.”

Wahlberg’s proposed evolutionary theodicy runs as follows: If God wants love to be realized in the world, he would have to create the world so that it provides the necessary conditions for love. If this entails the possibility of suffering, then we have a glimpse of why God would make such a world. Wahlberg describes this as love’s “shadow side,” a necessary condition for the greater good. “If this hypothesis is borne out,” he says, “then you have to ask whether this entails that the world itself must have such a shadow side.”

One of the main sources of insight Wahlberg weaves into his proposed evolutionary theodicy derives from the Carmelite tradition, a Catholic monastic order founded in the 12th century. Wahlberg himself spent four months with the monks at Norraby, a small Carmelite monastery in southern Sweden, while discerning a potential calling to the order. He has been deeply influenced by several Carmelite mystics, including Saint John of the Cross and Saint Thérèse of Lisieux.

“Saint John of the Cross has a lot of interesting things to say about suffering and the relationship between love and suffering,” Wahlberg says. “He wrote about the ‘Dark Night of the Soul,’ which is a kind of darkness that the soul has to pass through in order to come closer to God. In some respects this is what I am referring to with this shadow side — darkness and light coming together.”

One quote from St. John of the Cross in particular stands out to Wahlberg: “He says, ‘Love consists not in feeling great things but in having great detachment and in suffering for the beloved.’”

In its present form, Wahlberg casts his version of evolutionary theodicy as a philosophical theory, defensible not through scientific experimentation (although it draws on recent biological insights) but through careful thought. “You have to formulate it in a very precise way, and then you have to test it by confronting it with the strongest possible objections and see if there are adequate responses,” he says.

One such objection concerns the nature of heaven: if suffering is necessary for some of love’s highest expressions, can there be a heaven suffused with love but free of suffering?

“You can see heaven as the goal of the process where you go from being a created being and learning how to love God and your neighbor,” Wahlberg says. “It might be that the process requires at least the possibility of suffering, even though the end state might be free from suffering.”

Wahlberg sees evolutionary theodicy as a way to make sense of how the universe operates and as a source of comfort and even inspiration.

“My point is not that suffering is the only important thing,” he says. “There are many other aspects of love that are very important, and all kinds of love that do not require self-sacrifice. But with really profound love, one confronts a readiness to sacrifice in order for the love to be genuine.”