Cognitive, cultural, and motivational influences on religious belief and disbelief

Why do some people not believe in supernatural beings — when most people do? 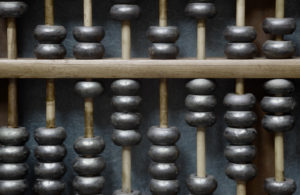 Religious belief and atheism are often thought of as two sides of the same coin. But do atheists simply lack reasons to believe, or do they also have reasons and motivations not to believe? Will Gervais, an evolutionary and cultural psychologist at the University of Kentucky, is one of just a small number of researchers studying why some people don’t believe in God or other supernatural beings. His work on the subject is advancing the social scientific understanding of unbelief and atheism — while also embodying field-leading reforms in scientific practices.

HOW MANY ATHEISTS ARE THERE?

Gervais and his colleagues carried out a series of studies aimed at increasing what we know about how many atheists there are in the United States, and calling into question some of the most basic assumptions about atheists.

“One of the main things we wanted to focus on in [our] grant is what predicts who does and who doesn’t believe,” Gervais says. “But we hadn’t answered the most basic question of what’s the breakdown of believers and nonbelievers.” Although Gallup polling has long suggested that about 11 percent of Americans do not believe in God, Gervais suspected that a sense of bias or shame about being considered an atheist might cause respondents to under-report.

To get at the true number, Gervais adapted a survey technique more often used to accurately gauge levels of criminal behavior. Respondents were given a list of innocuous yes/no statements and instructed to indicate the total number of statements that were true for them. The trick? Half of the respondents were given an extra statement about not believing in God. By comparing responses between the two groups of respondents, Gervais was able to estimate that the true prevalence of atheism in the U.S. might be more than double previous estimates — perhaps even as high as 26 percent, though Gervais says the findings require further exploration.

Although some prominent atheists emphasize rationality as their main reason for not believing, Gervais and others hypothesize that people’s reasons for disbelief are more varied and multidimensional. Several years ago he proposed four categories of reasons for (or predictors for) atheism: difficulties with the kinds of “mentalizing” that imagining supernatural beings requires; experiencing sufficient “existential security,” of the sort found in affluent societies, that belief in God simply doesn’t seem necessary (a condition Gervais and his co-author called “apatheism”); lack of cultural inputs reinforcing specific religious beliefs; and an “analytic” (as opposed to intuitive) cognitive style.

As his research has progressed and analysis of some of his larger data sets begins, Gervais says that his initial findings suggest that the presence or absence of an analytic cognitive style only seems to make a difference if the other factors are in place to predispose belief or disbelief. Similarly, differences in people’s mentalizing ability only seems to play a decisive role in atypical cases. So far the largest factor Gervais can identify that guides people towards disbelief seems to be the cultural availability of religious ideas, symbols, and practices.

Even significant life events seem unlikely to change someone’s way of thinking — unless they were already predisposed to change beforehand. Gervais explains: “For people who say, ‘Grandma died, and I thought how could this happen, and I became an atheist’ — it’s not that a traumatic event turned them. We really have very little evidence that singular traumatic experiences lead to atheism. Some people might embrace religion more in the face of trauma while others might end up moving away from religion.”

OPENING UP THE SCIENCE OF RELIGION

Gervais’ research is being conducted against the backdrop of a sense of crisis in the social sciences, with researchers finding that many influential studies cannot reliably be replicated. “Over the last three to five years we’ve seen a lot of introspection in my field where we’ve realized that our previous methods were not up to snuff.” Gervais says. “You just sample enough noise and things that look like patterns are going to pop out. The field as a whole has been discovering that [for] a lot of our older and most cherished findings, especially, there was maybe nothing there to begin with.”

Gervais has addressed this metaphorical crisis of faith with candor (and frequent good-natured profanity) on his ongoing blog, gratefully acknowledging flaws pointed out in his own previous research and working to push his discipline towards a more open approach to collecting, analyzing, and sharing research data. Gervais says the process has not been easy — greater accuracy requires larger sample sizes, for example, and many researchers are still reluctant to make their costly-to-collect data available to the broader scientific community.

Gervais says he has started to see his embrace of more open methods acknowledge by some of what he terms “the more forward-thinking readers and editors,” but there is still a long way to go. As some of Gervais’s most extensive studies, including an unprecedented in-depth survey of 3,000 self-identifying non-believers, are completed and analyzed, Gervais will make that dataset public, in the hope of pushing his field towards more in-depth — and ultimately believable — insights into the nature of religious disbelief.