Bringing the EES to the Classroom

There’s more to inheritance than genes, and more to adaptation than selection 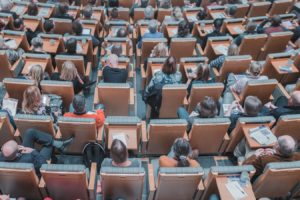 Every year scientists and science enthusiasts around the world celebrate February 12 as International Darwin Day with lectures and events. This year there will be hundreds of observances to mark what would have been Darwin’s 221st birthday, ranging from a weeklong Darwin Festival at Salem State University in Oregon to a lecture on “Darwin and Evolution in Russian poetry” in Novosibirsk. Darwin still matters immensely today, both as a cultural touchstone and as a titan of science. His theory of natural selection is the foundation of modern biology, and numerous new fields — most prominently genetics and genomics — have flourished under his theories. Darwin also made a number of additional conjectures about the nature of evolution that remained unproven in his lifetime, and have not been addressed head-on until much more recently.

In 2017, Kevin Laland, a professor of behavioral and evolutionary biology at the University of St. Andrews in Scotland, published Darwin’s Unfinished Symphony, a book that looked at culture as not only a product of evolutionary processes but also a driver of them. “Unlike the unfinished compositions of Beethoven or Schubert, which had to be assembled into popular masterpieces using solely those fragmentary sketches left by the original composers, Darwin’s intellectual descendants have taken up the challenge of completing his work,” Laland wrote. “However, it is only in the last few years that a truly compelling account has begun to crystallize.”

Laland was describing recent progress made understanding the evolution of human cognition — but the phrase also applies to much of Laland’s more recent work, undertaken with Tobias Uller, a professor of evolutionary biology at Lund University in Sweden. The two have helped galvanize a new movement within their fields to develop what they term an “Extended Evolutionary Synthesis” that gives a fuller account of the ways that evolution works — through genetic inheritance, but also through a range of other factors, from epigenetics and the inherited microbiome, to niche construction and cultural transmission in animals.

“Even though Darwin is best remembered for natural selection,” Laland says, “he was actually a very pluralistic thinker and his emphasis on the ‘use and disuse’ of organs, and views on heredity, anticipate ideas such as plasticity-first evolution that are exciting great current interest within the field. Many of us view the EES as a ‘back-to-Darwinian pluralism’ movement, seeking to encourage greater explanatory pluralism within evolutionary biology – that there’s more to inheritance than genes, and more to adaptation than selection.”

In October of 2014, Laland and Uller published a commentary in Nature proposing  that an EES was needed to update the decades-old “modern synthesis” of genetics and natural selection.Since then the two have overseen more than 22 studies — funded in part by the John Templeton Foundation — designed to put the extended evolutionary synthesis to the test. The results have been positive, but Leland says they remain only “a drop in the ocean” compared to the kind of research necessary to provide a robust account of the extended version of evolution.

Laland and Uller are currently at work on a pair of books they believe will help explain the EES for audiences of both scientists and students. The first work will be a monograph in which they hope to make a compelling and authoritative case for the EES to evolutionary biologists and scientists in related fields including evolutionary ecology, epigenetics, stematics, archaeology, paleontology and computational biology.

“We want to make the case that there is another way to think about some familiar ideas – how inheritance, or natural selection, works, for instance – and that this new way of thinking is powerful and exciting,” Laland says. “If we can get it right, there is an opportunity to contribute to a wider evolutionary biology that both draws from and informs multiple academic fields. Ultimately, we hope that our efforts will strengthen ties between evolutionary biology and other academic fields.”

While they work on the monograph, Laland and Uller are also developing plans for an evolutionary biology textbook that will incorporate EES insights and ideas into an introduction to evolution as a whole. “Most biology textbooks begin any chapter on inheritance with Mendelian genetics and treat extra-genetic inheritance as a special case — if they mention it at all,” Laland says. “In contrast, we might open such a chapter by highlighting the multifaceted complexity of inheritance, and stressing how biologists make sense of this complexity and when it is appropriate to focus on genes alone.” The textbook will be a large undertaking involving multiple authors and rounds of revision as the new material is tested in classrooms and refined. Laland says that work on the monograph should be an important stepping stone in the development of the textbook.

Laland hopes the Extended Evolutionary Synthesis monograph and textbook will both orient readers to what is currently known about the importance of non-genetic forms of inheritance and other evolutionary mechanisms, and provide them a framework for generating fruitful research questions to help fill out the bigger picture.

“I hope the books will change how people think about important questions in two distinct ways,” Laland says. “First, it will let them explore problems in evolutionary biology, such as how humans evolved, with a richer tool kit of explanatory mechanisms, which hopefully will lead to more satisfactory accounts. But second, I hope our books help to make people more aware of the fact that there are different kinds of explanation in science. To me science is less about discovering the truth and more to do with identifying the most productive way to think.”

Read Evolutionary Causation, a 2019 MIT Press book edited by Laland and Uller featuring biological and philosophical reflections on the nature of causation in evolutionary biology.