Putting the Extended Evolutionary Synthesis to the Test 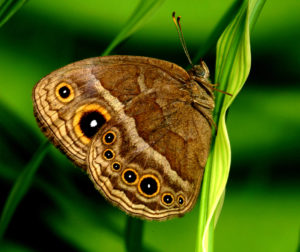 In October of 2014, the journal Nature published a commentary provocatively titled, “Does evolutionary theory need a rethink?” In the piece, a group of biologists led by Kevin Laland and Tobias Uller argued that it did. Evolutionary theory’s decades-old “modern synthesis” of genetics and natural selection had focused too much, they said, on the genes an organism is born with, and not enough on the ways organisms develop and interact with their environment to affect adaptation and inheritance. Taking those factors into proper account, Laland and Uller argued, meant it was time for biologists to expand the gene-centric modern synthesis into an “extended evolutionary synthesis” — and in doing so to stimulate new experimental approaches to evolutionary biology.

Nearly five years later, Laland, Uller, and dozens of colleagues around the world have completed a set of 22 studies designed to put their vision of an extended evolutionary synthesis to the test, carrying out experiments to investigate whether and how non-genetic factors change the way organisms evolve. “It’s not just a question of showing that there are these additional forms of inheritance,” Laland says. “You have to show they actually affect how evolution works.” In Laland’s view, the results of those tests — now reported in hundreds of journal articles and conference presentations — are beginning to show just that.

Standard evolutionary theory assumes that the changes that fuel natural selection will be more or less random in both cause (the mutation) and effect (the physical change brought about). Evolution often produces similar results in species that are not closely related – think of the convergent evolution of dolphins and sharks – in ways that are explained by natural selection alone being guided by the same external factors (in that case, the physics of high-speed swimming). But sometimes certain forms or features seem “easier” to evolve than others in a way that externally-influenced natural selection doesn’t fully explain — since the way those forms develop makes some adaptations more likely to appear than others. The extended evolutionary synthesis takes the view that this developmental bias is not a mere footnote to convergent evolution but can have a significant role in shaping what is possible as species adapt across generations.

In one set of studies carried out as part of the project, Cambridge University biologist Paul Brakefield examined the ways that developmental bias guided the evolution of eyespots on butterfly wings. By examining the mechanisms in which an individual species could create a diverse range of different types of spots, Brakefield was able to  successfully predict which types of spots were found in related species. “It’s a clear indication that developmental bias is shaping diversity across these butterflies,” Laland says.

Meanwhile, developmental plasticity — the ability of an individual organism to vary in form and behavior as influenced by the environment in which it develops—has also recently been shown to be a key factor in adaptability. Often a trait will first appear in this context and will only become genetically fixed after multiple generations of natural selection stabilize it. This “plasticity-first, genes-later” approach to adaptation was underscored in one of the project studies of Anolis lizards on Caribbean islands, which found that lizards’ traits identified as having plasticity also had higher evolvability.

Scientists have long studied the abilities of organisms — from wasps to beavers to humans — to alter their environments to make them more suitable for themselves or their offspring. For Laland and his colleagues, the extended evolutionary synthesis offers a better framework for understanding how this “niche construction” can give organisms an advantage in the evolutionary game.

Dung beetles are well-known for harvesting and shaping a sphere of dung — a “brood ball” — into which the mother beetle lays an egg. Recent research has shown that the mother also passes on her microbiome. This provides their hatched larvae with a specially-tailored source of protection and nourishment as they develop. Working under Laland and Uller’s grant, Armin Moczek of Indiana University has shown how much the microbiome can alter the ways the larval dung beetles develop, affecting things like growth rates, horn size, and sexual differences, as well as general fitness — providing an “inheritance” for the young above and beyond their genes.

BUT IS IT NECESSARY?

One major criticism of the concept of an extended evolutionary synthesis — a complaint strongly voiced in the published response to Laland and Uller’s original commentary in Nature — is not that its ideas are wrong, but that they simply aren’t necessary. In the critics’ view, developmental bias, niche construction, the role of the microbiome, and other elements like epigenetic inheritance or developmental plasticity can sufficiently be thought of as mere “add-ons” to the gene-based theory of the standard synthesis.

In large part the debate — and the work of determining what would be necessary to convince traditionalists to adopt the extended synthesis — hinges on clarifying diverging interpretations of the same suite of findings and seeing which proves more experimentally fruitful. For that reason, when planning the project, Laland and Uller knew that advocating for a new kind of synthesis would require conceptual clarity to pin down the competing views and offer a clearer way forward. They enlisted the help of Tim Lewens, a philosopher of science at Cambridge, to help all participants better understand the nature of the debate. “Tim’s written a series of papers which I think are really very helpful in getting to the crux of why we sometimes disagree about these issues,” Laland says. “He thinks with this extraordinary clarity and he’s got to the heart of all of these different debates.”

Understanding what a given theory is trying to say is crucial for understanding what kinds of experimental results would support or disprove the theory at hand. In evolutionary biology, population genetics and other quantitative tools have provided significant advancements in understanding, but have eventually bumped into experimental and theoretical limitations. “One of the things we’re discovering is that biology is so complicated we need more computational approaches to address some of the questions we’re wrestling with,” Lewens says. Southampton University’s Richard Watson has been at the forefront of deploying tools and techniques from computer science to develop models of evolution. Watson’s work on the major transitions in evolution, such as from single-cellular to multicellular organisms, illustrates how important it is to use a more inclusive model of inheritance, or incorporating factors like niche construction, to really understand how evolution works. “Richard is finding very compelling evidence that these things are not just ‘add-ons’ — they’re absolutely critical to getting those major transitions to happen,” Laland says.

A DROP IN THE OCEAN

From the time of Darwin, significant steps in the development of evolutionary theory have taken time to be acknowledged, accepted, and understood widely as significant. Laland realizes that the success of their recent set of studies will not be enough to convince all (or even most) of those who doubt that evolutionary theory needs a significant extension. The results of the initial studies are encouraging, he says, “but what we’ve completed is a drop in the ocean compared with the kind of research that would be necessary to really put these ideas to the test. We’re still very much at the early stages — the set of questions that we began with remains the set of questions on the table. Nonetheless, there are encouraging signs that evolutionary biologists are starting to take these ideas more seriously. This grant has helped to generate some momentum.”

Learn more about the Extended Evolutionary Synthesis and the 22 individual research programs that made up Laland and Uller’s project.

As part of the project, Laland and Uller recruited contributors for an edited volume, Evolutionary Causation, to be published this fall by MIT Press.