Advancing the Science of Imagination: Toward an “Imagination Quotient”

Research grants and discussions with “imaginative masters” are helping expand our knowledge of how to describe, measure, and cultivate imagination. 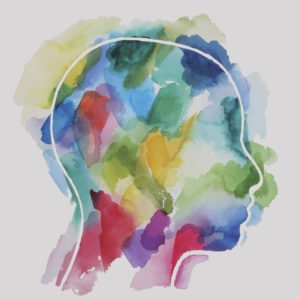 Imagination — the ability to represent things in the mind that are not immediately present to the senses — is part of every person’s interior life and a crucial ingredient of creativity. Though imagination has been extensively studied, it is not nearly as broadly studied as intelligence, where scientists coined the influential concept of an “intelligence quotient” (IQ) more than a century ago.

University of Pennsylvania psychologists Martin Seligman and Scott Barry Kaufman believe that scientists can develop something like a test for imagination as well — a framework for measuring imaginative ability and for judging techniques and interventions designed to strengthen people’s imaginative ability.

“The Imagination Quotient is in part a metaphor,” Kaufman says, “but the human imagination is ostensibly one of the hardest things for scientists to capture because it’s not as readily observable by our behaviors. It’s very hard to reach into someone’s mind and capture the rich tapestry of dreams and visual images of the future.”

With funding from the John Templeton Foundation, Seligman and Kaufman established the Imagination Institute to coordinate a multi-faceted investigation into the nature and practice of imagination. The bulk of the Imagination Institute’s work has been along two parallel tracks: the institute awarded 16 research grants totaling nearly $3 million to broaden the science and measurement of imagination, while also hosting a series of retreats in which “imaginative masters” (leaders in fields ranging from music to neuroscience) discussed the role of imagination in their disciplines.

Jonathan Schooler and Claire Zedelius of U.C. Santa Barbara used their Imagination Institute grant to investigate how daydreaming affects creativity. They examined the effects of different kinds of daydreaming on creative writing in the hope of identifying ways that exercising the imagination can benefit the writing process.

“Fantasy orientation” was the focus of another grant, given to the University of Alabama’s Ansley Gilpin and Jason DeCaro. They proposed a way of defining and measuring children’s imagination, identifying ways to stimulate imagination to boost cognitive development.

Measuring imagination has implications not only for individuals but for entire schools. University of Connecticut educational psychology professors Joseph Renzulli and Ronald Beghetto used their grant to create an “Imagination, Creativity and Innovation Initiative,” which helps schools incorporates the arts into education and build a portfolio that tracks their progress in fostering students’ creativity.

The Imagination Institute’s sponsored research aimed to uncover and quantify insights about the realm of everyday imagination, but Seligman and Kaufman realized that people of exceptional domain-specific imagination might shed significant light on the phenomenon. To that end, they organized a series of retreats that brought together accomplished people from within a particular field to talk about how imagination works for them. Most of the gatherings were held in Philadelphia, although retreats were held as far away as Palo Alto, Calif., Cambridge, England, and Uluru (Ayers Rock), Australia.

Each of the retreats had a distinct flavor springing from its topic. The Psychology Imagination Retreat, held in late 2015, featured a discussion about what fosters imagination and what can hinder it — participants examined, for instance, whether the demands of scientific rigor might hinder the imaginative leaps that have been hallmarks of many psychological advances.

In Cambridge, the scientists at the Physics Imagination Retreat compared notable and often-embellished “Eureka!” moments from the history of science with moments from their own careers, underscoring the role of both intuition and preparation in solving difficult math and physics problems.

At the Comedy Imagination retreat, held in August 2017,  a group of experts including veterans of the famed Second City improv troupe, the New Yorker’s cartoon editor, and the founder of The Onion discussed whether comedic imagination could be taught, whether depressed comedians were funnier, how laughter and crying are physiologically similar, and whether it is possible to tickle yourself.

Kaufman, who was part of all eleven retreats, said it was fascinating to see the ways that the “imaginative masters” used the language of their domains — whether mathematical symbols or reflections on punch lines — to talk about how imagination works for them. But he was also struck by the commonalities between such disparate groups. There can be a temptation to romanticize imaginative geniuses, viewing them as fundamentally different than the rest of us. But “people are people underneath regardless of your unique passions or talents or ways that you harness your imagination,” he says. “At the end of the day they all seemed to have the same worries and concerns and egos.”

One retreat required particularly vivid exercises of imagination: “In dealing with the future,” Alvin Toffler wrote in Future Shock, “it is far more important to be imaginative than to be right.” At the Futurist Imagination Retreat, held in May of 2016 at the Institute for the Future in Palo Alto, the discussion underscored the notion that fruitful futurism is less about predicting a single inevitable future than about describing potential future scenarios, so that people today can make choices that will move them towards a preferred version of the future. Being able to conceive of that which doesn’t currently exist — whether it’s a society shaped by not-yet-developed technologies, a proof to a mathematical theorem, or a novel musical composition — is only the starting point of bringing those things into the world.

“I think imagination is kind of like the hardware for creativity,” Kaufman says. “Creativity involves so many factors — societal, resources, having time to express yourself, a lot of things come together for creativity to happen. Imagination is a necessary but not sufficient condition.” Part of the task for the growing field of imagination science, then, is not merely to understand how imagination works but to communicate its importance for human flourishing, both in the present and in the future.