Advancing Scientific and Theological Literacy in Madrasa Discourses in India

Professors at Notre Dame design a program to incorporate science in Indian and Pakistani madrasas. 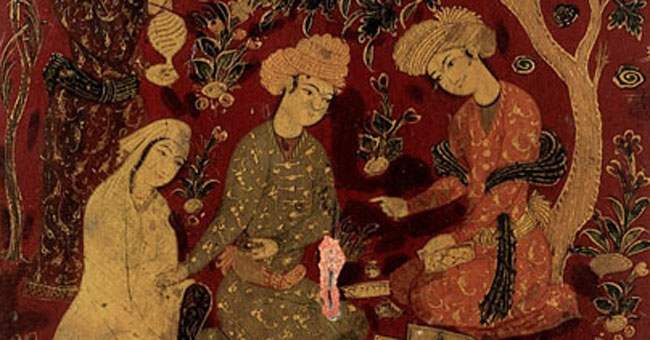 The madrasa — literally, simply the Arabic word for “school” — is a central institution in Islam, preparing religious leaders across the Muslim world. Madrasa graduates, who become local faith leaders — mullahs or imams — and religious subject experts known as Ulama, are among the most influential voices in their community.

Ebrahim Moosa, professor of Islamic Studies at Notre Dame University, wrote the definitive study of these institutions, What Is a Madrasa?, published in 2015. Though there is a rich history of natural science and mathematics in Islam and the Muslim world, Moosa observes that modern science plays almost no role in the typical madrasa curriculum. It’s not uncommon for science to be seen by madrasa students as a Western notion that threatens traditional thought and belief.

“Many Muslims in these regions are comfortable with aspects of modern technology,” he says, such as automobiles, computers, cell phones, and modern medicines. “But they have a limited grasp of the philosophy of modern science.”

In August 2016 Moosa and his Notre Dame colleague Mahan Mirza received a three-year $1.2 million grant from the John Templeton Foundation to address the scientific knowledge gap in Muslim education in Pakistan and India. The project — Advancing Theological and Scientific Literacy in Madrasa Discourses —  is designed to teach graduate-level students in traditional Muslim schools to understand the role that reason and evidence plays in the scientific method. The team aims to help students evaluate questions not only in science, but in their theological studies as well, in ways that draw on both empirical data and the affirmations of religious texts, equipping them to lead in a modern, increasingly globalized world.

The program introduces students to intellectual tools like critical reading and problem-solving skills. Another tool, which Moosa calls “knowledge maps,” aims to teach students to approach questions from a multi- and interdisciplinary perspective. For example, students review accounts of origins from scriptural texts, philosophical texts, and the findings of the natural sciences, giving them a multi-dimensional understanding of the question. Moosa believes that, structured correctly, these intellectual tools can provide the bridge between traditional and modern concepts.

“Science education is not only about the mechanics of science, but about a way of thinking,” says Moosa. For Moosa, internalizing a form of reasoning associated with science also stands to enhance contemporary discourse on ethics, citizenship and equal rights. “Human dignity is inherent to the Islamic tradition but requires new terms and concepts in order to be relevant for societies of today,” he adds.

Moosa says the response from students has been “phenomenal.” The program received nearly 300 applications, from which he and Mirza will eventually select a cohort of seventeen to pilot the program in 2017. Students will participate in the project for three years. This first year introduces students to religious and cultural pluralism. In their second year, students will study contemporary science and philosophy. The third, concluding in 2019, will involve surveying recent Muslim attempts to engage modern thought more broadly.

The final phase of the grant includes an in-depth evaluation of the pilot program, collecting feedback from students, teachers and others involved in the project to identify the curriculum’s strengths and weaknesses. Moosa hopes to implement this revised curriculum on a wider scale to reach more students in the future.

“There has never been a greater need than today for reconciliation between traditional Islamic thought and modern scientific and philosophical worldviews,” says Rashad Bukhari, executive director at the Peace and Education Foundation in Islamabad, an organization which supports Moosa’s efforts. “We fail to ignore the tension between science and theology at our own peril. Tradition has always been subject to renewal.”