Welcoming the End of Our World

A conversation with author Adam Kirsch about the revolt against humanity 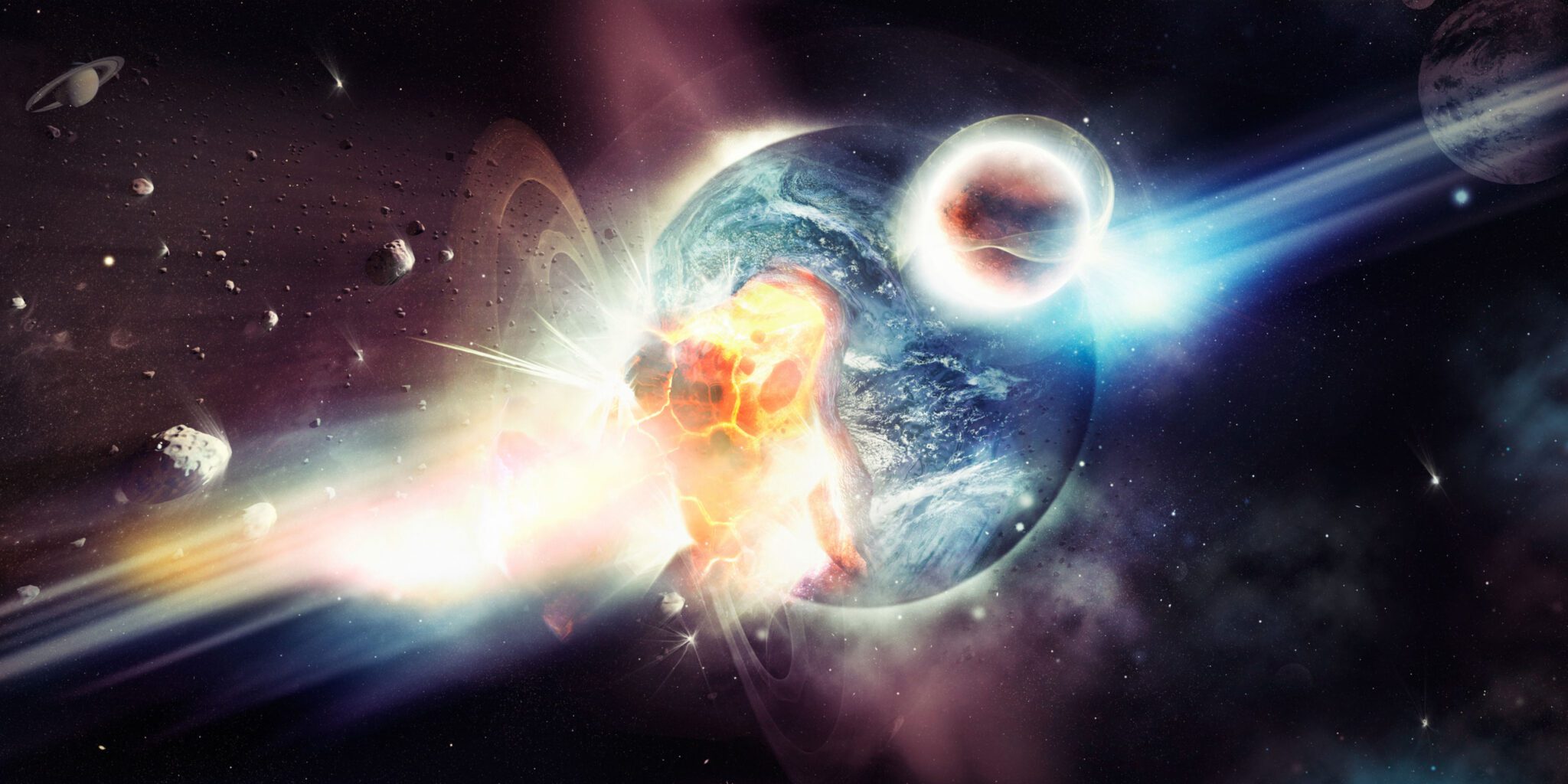 Is the human race hurtling toward extinction? And if so, should we welcome our own demise?

Most people will experience an instinctive aversion to these questions. Adam Kirsch, a poet and literary critic who loves the humanities, felt the same way. Yet in recent years, as he became aware of different voices heralding the end of humanity, he was compelled to confront these questions head-on. Kirsch synthesizes this research in his latest book, The Revolt Against Humanity: Imagining a Future Without Us.

Behind this revolt are two lines of thinking, both of which lead to the same human-less future. Anthropocene antihumanists, as Kirsch calls the first group, see humanity’s presence on earth as irredeemably destructive. They argue that human values—such as equality and compassion—would be better served without us. This kind of radical environmental stance believes looking forward to a planet without people is an ultimately humane ambition. Transhumanists, on the other hand, view the loss of a conscious mind as a disaster. But they argue that a conscious mind doesn’t need to be human. With increases in AI technology, we could replace ourselves with a more advanced kind of intelligence—disembodied, virtual, and superior.

Transhumanists and Anthropocene antihumanists hold very different ideas about technology, science, and the environment. Yet in a strange way, says Kirsch, “they end up at the same place: which is that there’s nothing essential about the existence of Homo sapiens.”

Jolley: Where do you trace the roots of the idea that humanity is on its way out? Was there a particular event in history that laid the groundwork for humans to begin imagining our eventual disappearance?

The idea that humanity will one day disappear, that the world will come to an end, is part of every religious system.

But the difference is that in religious worldviews this is something that’s supposed to happen according to the nature of things: that God will either bring the world to an end to judge everyone, or that there’s this cosmic cycle.

The idea that humanity will go extinct the way other species go extinct—not as a result of the divine plan, but in the same way that dinosaurs went extinct—comes around with mid-19th century advances in geology, and then with Darwinism. The idea that it’s in the course of nature for every species to evolve and emerge and then disappear is a 19th century discovery.

The basic, common-sense instinct for all of us is to avert that [disappearance] as long as possible. We think that it’s something that will happen in the far distant future, so far that we can’t really even conceive of it. But the revolt against humanity is people who are saying, maybe this is not such a distant phenomenon.

What was the impetus behind deciding to write this book?

The idea of writing a book came for me during the pandemic, when I started to experience how so much of my work and my life could take place virtually. There was this real division in society between people who could work virtually and people who couldn’t, and that mapped on to all kinds of other political, social, economic differences. It made me see how a future in which people are not living in physical bodies could come to pass—and that we’re already on the way there. What I’m doing in the book is taking developments that a lot of people are experiencing and looking at the most extreme and radical expressions of them.

Religious traditions have always anticipated the end of the world, which in many cases is also its renewal. This revolt against humanity seems like a revolt, in part, against religious humanism. Did you find anyone in your research who held onto theistic beliefs while also anticipating human extinction, or are those philosophies at odds?

I think that they are at odds. This is a post-religious religion. In other words, it appeals to a lot of the same motives and goals that religion appeals to, but in a very different way.

Even as religious faith diminishes in some parts of the West, there’s a continuity in believing that humanity is very important and has a moral and spiritual importance beyond just the animal instinct of self preservation. The revolt against humanity is in part a revolt against that idea. [It’s] saying that humanity is actually not the protagonist of the story, that there’s nothing especially important about our existence—certainly not because God wants it, and also not because there’s any function we serve that couldn’t be served by some other form of life.

According to science, “there is no more reason for us to be here than there is for animals or plants, stones or stars.” But, as you write, “religious humanity continues to resist this conclusion with a strength that seems to be growing over time, rather than weakening as social scientists once anticipated.” How do you account for this strengthening of resistance among believers?

If humanity is just one thing that happened to evolve, then there is no absolute reason why humanity has to continue. There's no purpose being served by our existence.

I think that idea is very hard to live with. In fact, it might be almost impossible. Everyone needs to create some sort of purpose, some sort of reason why we exist, literally and collectively as a species.

For religious people, there’s this resource of a long and in many places vigorous tradition that gives a good answer to this question. It says, humanity needs to exist because we were created by God and God put us in charge of the world. That can be taken in an environmental direction; certainly there are people who say that we are stewards of the earth, which means we have to conserve it. But fundamentally, it puts humanity in the supreme position on earth. That is a very powerful solution to the question of, “Why do we exist? What are we here for? What are we supposed to be doing?”

In the 20th century, as the scientific worldview began to displace the religious worldview, especially in Europe, a lot of people began to realize that we had lost something very important. Nietzche talks about this. He says that the age of nihilism is going to be an age of disasters because if no one believes in anything, no one has any reason to exist. It’s greatly demoralizing; it creates a sort of suffocating spiritual atmosphere. You might say that the truth of science has led us to a truth that we can’t live with. We’re put in a position of having to create some new kind of truth that goes beyond science in some way.

The revolt-against-humanity thinkers, I think, have solved this [question of existence] in a very interesting way. They are completely within the limits of science. There’s nothing theistic or openly religious about it. But they use science to get some of the purpose and meaning that religion once offered.

One of the most important human psychological mechanisms is sacrifice—the idea that by giving something up you get something of bigger value; you create the value by showing how much you’re willing to give up. That [idea] has many forms in religion, of course, but it could also be put in secular scientific terms. If what we value is the earth or nature or life, then by sacrificing ourselves we can show how much we value them. That is, I think, the great appeal of the antihumanist worldview: “our own values call for us to destroy ourselves.” Most people find that completely outlandish and incomprehensible, but I think it’s an idea that’s moving more and more into the realm of credibility.

Even if our extinction never comes to pass, or even if a supercomputer never exceeds all human intellectual capacity, how might this line of thinking transform our politics and societies?

It’s impossible to know whether any of these sort of transhumanists or antihumanist scenarios will actually come to pass because they’re prophetic—they’re saying what’s going to happen in the future, which no one can really do. But it’s important that people are starting to think this way.

One concrete ramification is about population growth: should governments encourage natalism or not? Already the birth rate is falling around the world. A lot of governments are very worried about this and are trying hard, usually without success, to make people have more children. If you take an antihumanist point of view, you could say it’s actually good that we’ll have a falling population—and we might want to accelerate that.

In a practical sense, you could see these two schools converging on certain policy questions about whether we should encourage growth and reproduction, and having different answers than the ones that have been mainstream until now. You could easily imagine a scenario in which people who value transhumanist goals and people who value the environment and antihumanist goals will say, “It would be better in the future if instead of 7 billion people there were 70 million people. That would be enough to accomplish all the things that humans need to, and it would be a much lighter burden on the planet.”

I’m curious about whether the process of researching and writing this book changed how you, as a poet, think about the role of art in human society.

Art is a humanistic way of creating value, similar to religion. In a future when humanity no longer exists in its current form, art will no longer exist.

Everything that we think of as culture would cease to have value. That changes the way we think about the art that we’re creating now: that it won’t last forever, and it might be completely meaningless in the future.

Art is a way of asking a similar question that more people ask in terms of religion and politics, which is, “Are we heading for a future which is completely disconnected from the human past?” A lot of people can see that happening already. Many have an instinctive revulsion against it—as I also do, because I’m a humanities person. I love all those things that might be sunsetting. But I think that it’s so important to look directly at what is likely to happen in the future.

Did studying the ideas behind The Revolt Against Humanity make you hopeful? Make you despair?

It made me realize the shortcomings of the instinctive, humanistic argument that I might have been more willing to make before—which is that we have to fight against these developments to preserve the things we value in humanity. I think that in the long run, human history doesn’t proceed in that way. People don’t say, “We’re going to stop believing something or stop using technology because we don’t like where it’s heading.” The story of civilization is the opposite: it’s that we continue to advance towards places even though we know that they are places we don’t want to go.

Reason is this double edged sword. It’s constantly making humanity change in ways that are frightening. We see this in so many ways within the span of our own lives. As the pace of change increases, we are heading for changes that we can’t see beyond. And that’s what this book is really about.

Pre-life, Afterlife, and the Drive for Immortality

Science-Fiction or Science Fact: Is Medical or Digital Immortality Within Our Grasp?