Is One of Biology’s Perennial Themes Ready For a Fresh Look? Alan Love on the Science of Purpose.

Agency, Directionality, and Function: Foundations for a Science of Purpose

University of Minnesota philosopher Alan Love studies the interplay between philosophy and biology. He is the principal investigator for “Agency, Directionality, and Function: Foundations for a Science of Purpose,” a new three-year, $14.5 million project funded by the John Templeton Foundation. Nate Barksdale, lead writer for the Foundation’s “Possibilities” newsletter, spoke with Love about the project. 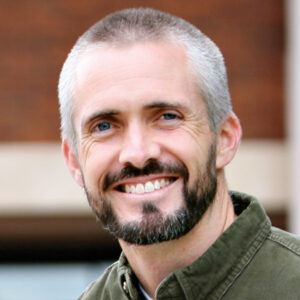 How do people usually think and talk about purpose in the context of biology?

Biologists often use language that imputes agency or goals to living systems and have done this since the time of Aristotle. However, in the last two hundred years, many have argued that this is at best “as- if” or heuristic talk, and at worst an error. As a result, the phrase “science of purpose” sounds odd to many biologists, who would rather say that purposiveness is just apparent and can be fully accounted for by processes like natural selection.

To give a simple example, we might say that teeth are “for” chewing. This seems straightforward enough, but the concern is that in an evolutionary process, there is no anticipation of the need to chew. So how do you get a trait with a purpose without that kind of foresight? A lot of biologists feel that the language of purpose steers us away from understanding evolutionary processes and is therefore illicit, but that other ways of talking — for example, in terms of “function” — are okay.

Over the past several decades, though, philosophers of biology have shown that, in fact, the language of function is deeply entangled with issues related to purpose, albeit not necessarily in an inappropriate way. Instead of an inherent taint to using the language of purpose, there are interesting, unresolved issues about how function, purpose, and allied concepts are related. What’s been missing is a systematic interdisciplinary conversation that includes biologists interested in phenomena like agency, directionality, and goal-directedness, and the conceptual frameworks that have been bubbling up in philosophy. There’s real potential to do new kinds of science. We need to bring the full set of conceptual resources for how we can talk about purpose into the context of creating new models, running new experiments, and thinking about novel ways of doing biological investigation.

How do you go from a sense of that potential to a fully fleshed-out plan? What did you need for the project to advance?

The project emerges from the recognition that we’re missing the intersection of the philosophical, theoretical, and experimental work. Rather than dancing around the edges or avoiding questions relating to purpose, it aims to dive right into the middle of it on a large scale. To do that, it must be interdisciplinary. Recently there have been some philosophers working on conceptual precision, some theoreticians working on mathematical models, and some experimentalists working on developing experimental platforms, all touching in some way on themes of agency, directionality, or function. But there’s almost nowhere that’s all happening simultaneously, mixed together in one big “salad bowl”.

Within the grant, we have individual projects where researchers are looking at a particular dimension — some more theoretical or experimental, some more philosophical. Projects are organized into seven themed clusters, each under the leadership of a coordinator. These coordinators are in a new role — they’re experienced researchers, but their main task is to facilitate collaborative activities within the cluster. My job is to bring together members from all the projects who are engaged in analysis, modeling, and experimental inquiry using a variety of interactive opportunities, such as workshops, meetings and writing exercises, recognizing that a number of them explicitly disagree with one another. We’re also bringing in outside commentators at multiple points during the project to ask questions and give frank feedback in ways that might be harder to do if you belonged to a particular project.

We have 24 projects with more than 75 different people in different roles. It’s a large-scale endeavor that requires dedicated support, so I’m really privileged to have a strong staff team that is helping me with everything from communication and fiscal management to making sure researchers place their data and publication in open, accessible repositories.

So all along the way there will be these opportunities for interaction and refinement?

Instead of somebody just having their own project running independently, researchers will have different circles of interaction — some smaller, some larger, with lots of communication across domains. They include not just disciplinary cross-pollination, but also bring early-career researchers together to talk about their distinct challenges.

The cluster structure means that those in your cluster are doing things thematically similar to what you’re doing. This means you probably won’t have as much trouble ironing out basic vocabulary and talking productively with others in your cluster. But you can’t stay there and that’s why we’ve got these other interactions going on. It’s the movement back and forth, between what might be more comfortable spaces and less comfortable spaces (including disagreement), so that you’re not stuck in one or the other, that makes the project unique.

What kinds of research are going to be happening in these clusters?

Here are a few examples. The first is from Stuart Newman’s group at New York Medical College. His project seeks to explore the evolutionary transitions from cellular to multicellular agency — for instance, how single-celled organisms evolved into larger, composite organisms. If we can increase our understanding of how this transition happens, and especially the physical conditions that suppress it, we could get potential insight into things like cancer.

Second, there are a pair of modeling projects that look at how agency emerges in collectives of multiple individuals, such as a pack of hunting wolves or a group of army ants building a bridge out of their own bodies. Clearly neither of these are working from an explicit plan or blueprint. Ryan Adams, a computer scientist at Princeton, is building artificial intelligence simulation platforms for collective goal-seeking through joint decision-making. And mathematical biologist Benjamin Allen, of Emmanuel College, is formulating new mathematical models that build off kin selection, multilevel selection, and evolutionary game theory to explain how the evolution of purposeful cooperation can arise from processes of natural selection.

Here at the University of Minnesota, evolutionary biologist Emile Snell-Rood  is leading a team of researchers to develop a conceptual framework for function in biology that can offer new insights for bio-inspired design approaches from architecture and engineering. They’re building tools to use rigorous and empirically measurable conceptions of purpose to systematically explore the incredible diversity of biological functions, both in varied present-day environments and as we look at how life has evolved.

Finally, paleobiologist Philip Donoghue, who’s at University of Bristol in the U.K., is seeking to conceptualize and identify evidence for the directed evolution of global biogeochemical cycles on Earth. You might say, ‘Oh, sounds like the old Gaia hypothesis!’ But Donoghue is actually asking, ‘Can we move away from the metaphors and toward new models that would let us get empirical traction on these ideas? Are there new methodologies that would allow us to test these models?’

So maybe we need to shift how we talk about purpose in biology away from metaphors that seem attractive or intuitive but can’t be proven?

It’s not that metaphor itself is bad — it plays a key role in scientific investigation. What people worry about is whether the metaphor is yielding novel lines of empirical inquiry. The metaphors that have been powerful in the history of science have been those that encourage scientists to do new things, such as gathering different kinds of data or adopting unique strategies of modeling. And that’s been true in the physical sciences, the biological sciences, and in other domains. So that’s what we’re trying to accomplish here.

The grant title itself talks about building a foundation for the science of purpose. How will you know if you’ve succeeded?

In parallel with the grant, there is a separate independent team to study the project as it happens. We want to track how it’s working. I would imagine that some of the most important lessons will likely emerge from some of the things that don’t work well.

In the future, I hope there’ll be an explosion in the kinds of sciences and the number of scientists studying purposive phenomena linked to agency, directionality, and function using the concepts, algorithms, models, experimental platforms, and empirical data from our project as points of departure — including demonstrations of where our preliminary efforts were misguided or wrongheaded.

We talk about a science of purpose, but I don’t think universities will ever have a “department of purpose” like they have a department of biology or chemistry. I see it as a scientific initiative that’s concentrated around an agenda of central problems posed, most notably, by living systems.

What it means to say that a part of an organism has a purpose is a question that Aristotle worried about, and it’s a question we still grapple with. To break things open after two thousand years of thinking about these questions is a herculean task. There’s a lot to learn as we organize and undertake new research on purpose.

Learn more about Alan Love at his website Between Philosophy & Biology.

Learn more about our Science of Purpose strategic funding priority.