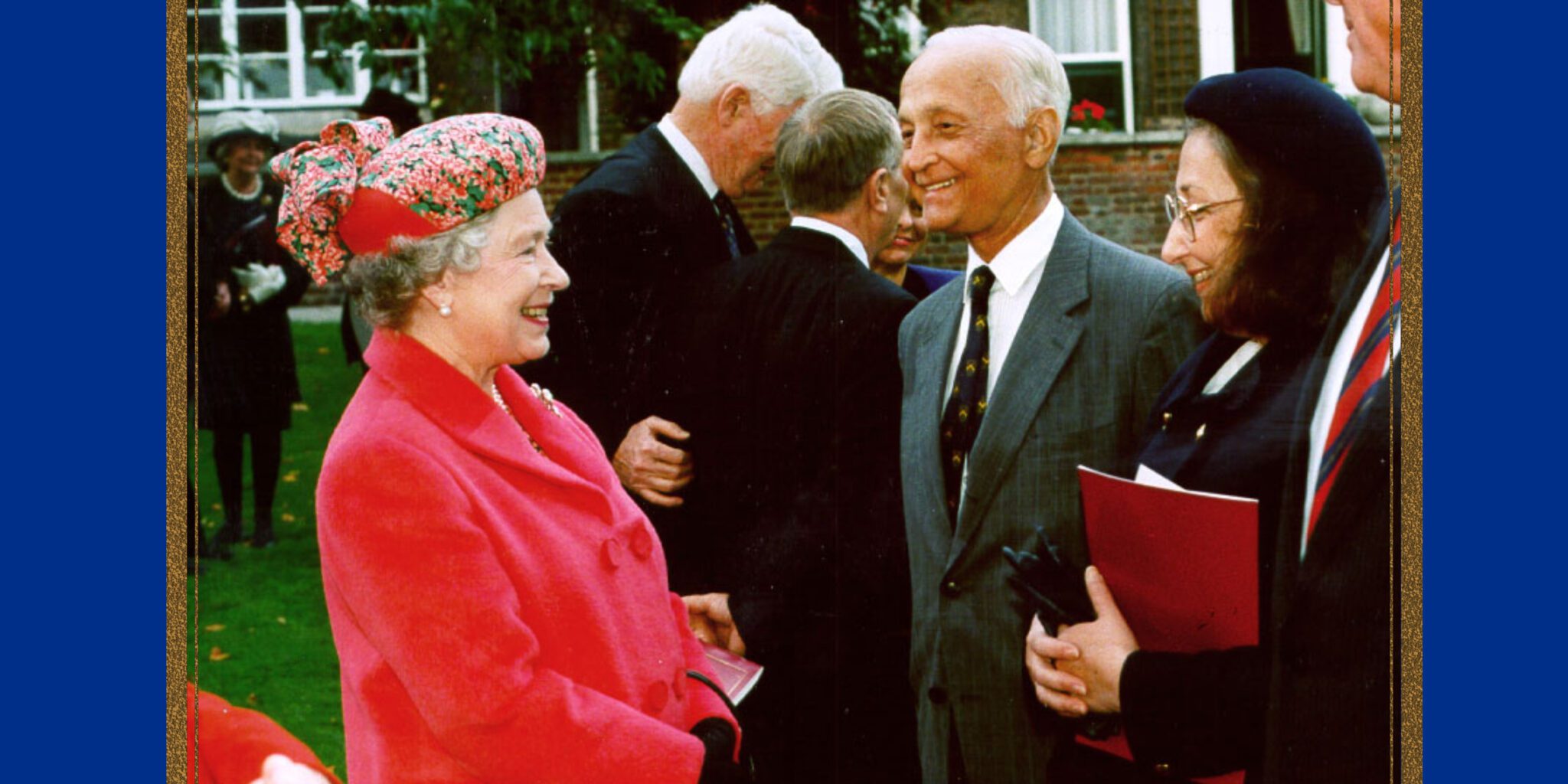 The John Templeton Foundation and the Templeton Philanthropies mourn the passing of HRH Queen Elizabeth II. Her death on September 8, 2022 at the age of 96 is an incalculable loss.

Queen Elizabeth and the Royal Family served as great friends of the Templeton Prize for nearly 40 years. The Queen’s late husband, HRH Prince Philip, presented the first award to Mother Teresa in a ceremony held at London’s historic Guildhall in 1973. He continued to participate in a private ceremony for the prizewinner held at Windsor Castle or Buckingham Palace until 2011 when he presented the prize to Britain’s Astronomer Royal, Lord Martin Rees.

Queen Elizabeth II ascended to the throne in 1952 at age twenty-five, and she has reigned for longer than any other British monarch in history. During her seventy years on the throne, Elizabeth shepherded the monarchy into the modern age by appearing regularly on television and embracing new technology. She has also been widely lauded for her many efforts as a philanthropist. The Queen is survived by four children, eight grandchildren, and twelve great-children.