How Science Can Create a Better Future: The Templeton Prize Lecture by Dr. Frank Wilczek 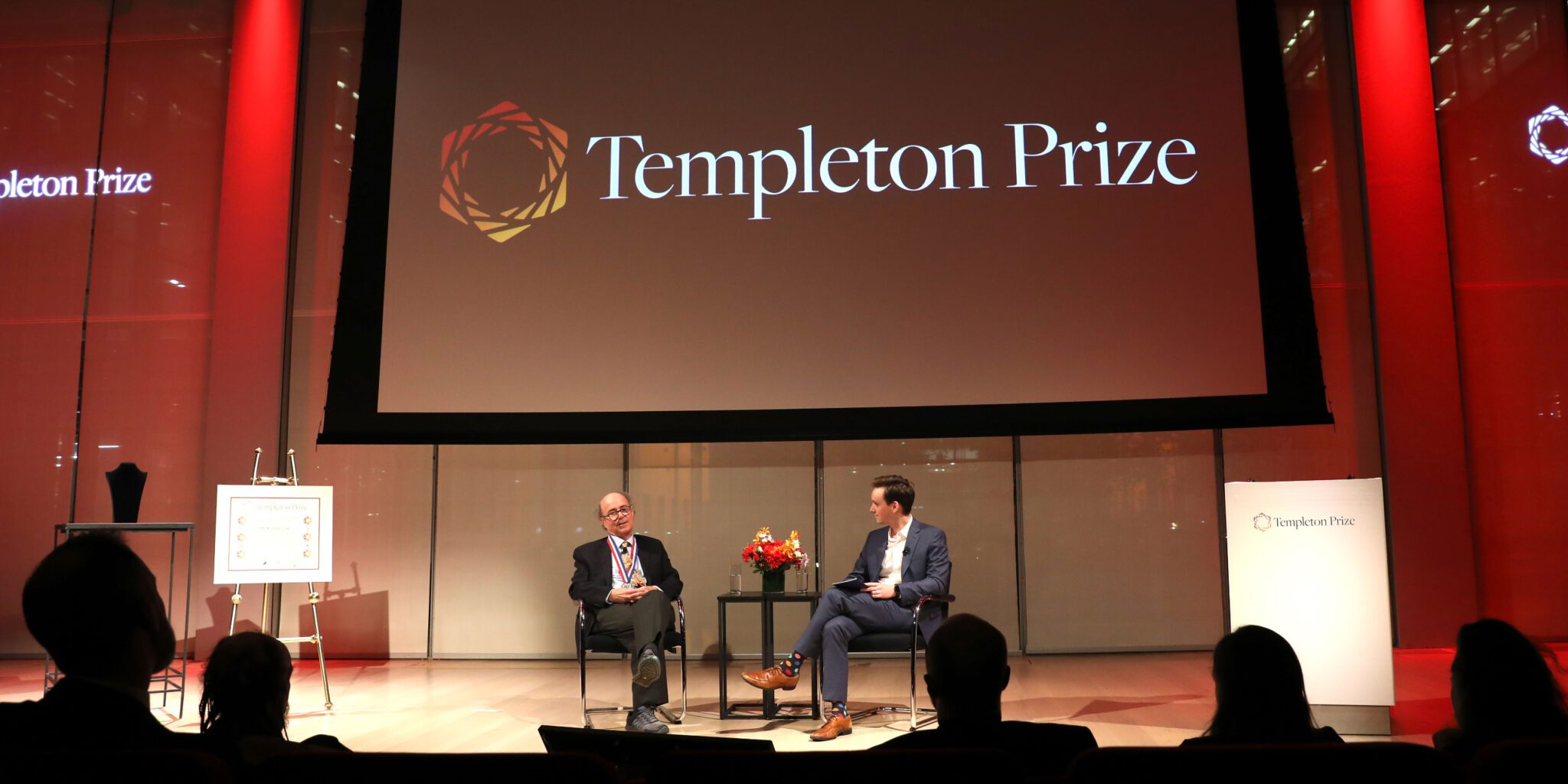 “Most observers would agree that the universe is fair game for science. But not everyone would think that science can address questions of meaning and purpose. To me, however, that is a big part of what science is for. It’s a big part of what sucked me in to begin with, and in recent years I’ve thought about it a lot, and I’d like to think I’m getting somewhere.”

With these humble and yet bold words, Dr. Frank Wilczek, the Nobel-winning physicist and 2022 Templeton Prize winner, began his Templeton Prize lecture. His speech was given for the first time before an audience of journalists, philanthropists, and science fans at The Times Center in New York City on November 2. He was joined in a conversation with journalist and author Derek Thompson of The Atlantic.

Wilczek opened with an acknowledgment of philosopher David Hume’s powerful argument that it is impossible to employ purely logical reasoning to move from factual statements about what “is” to statements about what “ought” to be. For many thinkers that followed Hume, it severed the naturalistic descriptions of science from moral decision making.

But Wilczek argued that “David Hume’s guillotine” does not have the final word. Instead, Wilczek proposed, there is a three-fold way to move from “is” to “ought,” in which science has an important role to play.

By investigating the natural laws governing our universe, not only does science inform us about what “is,” it can tell us the boundaries of what “could be.” A greater understanding of what could be can deeply enrich the discussion of what “should be.” This is one key way in which science can contribute moral decision making.

Wilczek conceded that Hume was right that one could not get from “could be” to “should be” purely by logic. But an achievable goal for science, and a very important one, is to elevate the level of discussion and make the choices clear.

Moreover, once you have a vision in mind for what should be, science can play another critical role in terms of bringing into reality what our moral judgment compels us to pursue.

Reflecting broadly on our species, Wilczek maintained that the three-fold way is fundamental to being human. The biggest part of the human brain is devoted to making plans, considering alternatives, thinking about what could be, and choosing from among those.

What are we going to do with our power as humans? What should we do? This is where imagination, and hopefully wisdom, come into play, said Wilczek. He quoted Professor Jennifer Doudna, a Nobel Prize winning biochemist who pioneered CRISPR gene editing, who challenged, “Let your imagination run free; what problems do you want to solve first?”

For Wilczek, the scientific question he’d most like to understand is, “How does mind emerge from matter?” To solve this quandary would unlock tremendous potential for the future of humanity.

Drawing inspiration from science fiction author Olaf Stapleton, Wilczek thinks that humans are “archaeopteryx of the spirit.” Though this could be interpreted as an insult, for Wilczek the archaeopteryx is a noble creature. As a transitional species between dinosaur and bird, it aspired to fly. It didn’t do it very well, but it was among the vanguard of creatures who later took flight.

Human progress is very inefficient, and people make a lot of unnecessary trouble for themselves. But looking at the long course of history, Wilczek concluded, “The best is yet to come.”

For more on Dr. Frank Wilczek, watch the video “How Beauty Leads to Truth in Physics.”