Two researchers who have received support from the John Templeton Foundation were announced this week as winners of the Nobel Prize and the MacArthur Fellowship. 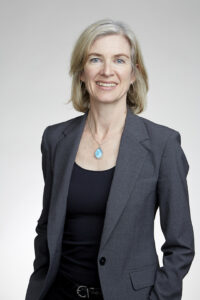 Jennifer A. Doudna of the University of California, Berkeley won the Nobel Prize in Chemistry for her work on developing a method for editing the genome. She received the award jointly with Dr. Emmanuelle Charpentier of France.

Doudna was the co-leader of a John Templeton Foundation-supported project to convene discussions among scientists, ethicists, and civil and religious leaders on the challenges and opportunities of gene editing and to develop “a set of common principles to guide our public deliberations, policy approaches, and scientific self-governance.” 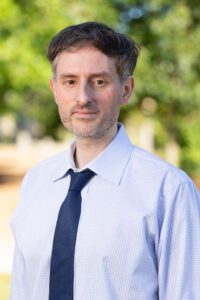 Seyedsayamdost was a researcher on the John Templeton Foundation-funded project, “Universal Operating Principle for Optimal Control in the Sciences (OptiSci) Over Vast Length and Time Scales.”

“Congratulations to these remarkable researchers who are benefiting humanity by pushing the boundaries of discovery and knowledge,” says Heather Templeton Dill, President of the John Templeton Foundation. “We are honored to have been supporters of their work and extend our congratulations to Dr. Doudna and Dr. Seyedsayamdost for the wonderful honors they have received.”

In addition to these researchers, Roger Penrose of the University of Oxford won the Nobel Prize in Physics this week for “the discovery that black hole formation is a robust prediction of the general theory of relativity.”

Penrose participated in a 2007 symposium of scholars convened by the Foundation on “Mathematics and Its Significance” and contributed to the subsequent book, Meaning in Mathematics, published by Oxford University Press.

Founded in 1987, the John Templeton Foundation supports research and dialogue on the deepest and most perplexing questions facing humankind. The Foundation funds work on subjects ranging from black holes and evolution to creativity, forgiveness, and free will. It also encourages civil, informed dialogue among scientists, philosophers, theologians, and the public at large.

With over $3 billion in assets and annual giving of more than $100 million, the Foundation ranks among the 25 largest grantmaking foundations in the United States. Headquartered outside Philadelphia, its philanthropic activities have extended to more than 190 countries around the world.