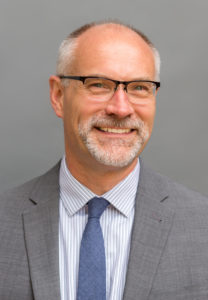 West Conshohocken, PA – Dr. Matthew Walhout, former Dean for Research and Scholarship and professor of physics and astronomy at Calvin College, has joined the John Templeton Foundation as Vice President, Natural Sciences. In this role, Dr. Walhout serves on the Program Leadership Team, working closely with the President to develop strategic alignment across the Foundation’s funding priorities in Science and the Big Questions.

“I’m delighted to join the John Templeton Foundation to help continue its record of supporting ambitious, cutting-edge research in the natural sciences,” says Dr. Walhout. “Basic research of this kind tests the limits and extends the reach of our most fundamental conceptions of material reality. It will be exciting to promote such efforts, as well as to partner with scholars who can contextualize this work and gauge its importance within academic, cultural, and religious traditions.”

As Vice President, Dr. Walhout is also developing strategies to identify and support interdisciplinary scientific research, and is working with other co-funders with similar funding goals to explore shared grantmaking opportunities.

During Dr. Walhout’s tenure at Calvin College, he pursued an active research program in experimental and computational physics. He also taught courses in physics and astronomy, the philosophy of science, history of science, and in science and religion. He served for extended periods as both Chair of the Physics Department and Dean for Research and Scholarship at Calvin College.

Previously, Dr. Walhout worked with Dr. William D. Phillips, who later went on to receive a Nobel Prize in Physics, at the National Institute of Standards and Technology. In 1996, Dr. Walhout decided to leave the government laboratory and to pursue work in academic research and teaching. At Calvin College he was a recipient of multiple grants funded by the National Science Foundation.

As an interdisciplinary scholar, Dr. Walhout attributes much of his intellectual formation to works by leading figures such as John Polkinghorne and Peter Harrison, two of the most notable figures in science and religion.