Practiced by billions of people but largely neglected by philosophers and social scientists, worship is ripe for a new wave of interdisciplinary study 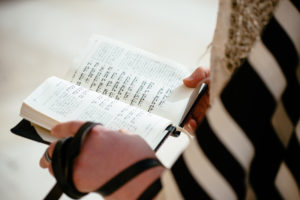 When philosophers Aaron Segal and Sam Lebens set out to compile a comprehensive list of philosophical treatments of religious worship, they were surprised at just how little they found. “If you compile a bibliography on nearly any other concept in the philosophy of religion, it’ll have hundreds or thousands of entries,” Segal says. Their bibliography on the philosophy of worship turned up a mere 13 entries. “You just have a dearth of material, but it’s not for want of interesting questions. It’s just something that seems to be crying out for philosophical investigation.”

Over the course of two years, Segal and Lebens hope to do their part to advance that discussion significantly by convening a pair of summer workshops in Israel, gathering senior and junior scholars from a variety of disciplines and religious backgrounds to investigate the nature and function of worship from philosophical, scientific, and theological viewpoints.

THE DIVINE AND THE HUMAN

The first workshop, held in the summer of 2019, will take up the theme “Worship and the Divine” and will examine questions such as what makes someone or something worthy of worship, how worship differs from related concepts like deference or honor, and whether anyone has the authority to mandate worship.

The 2020 seminar, “Worship and the Human,” will tackle the subject from the opposite angle, looking at topics like whether worship is ever an ethical imperative, whether it is ever unethical, and how worship contribute to (or detracts from) human flourishing.

In both seminars, a group of invited senior advisors will serve as the “faculty” while the younger participants will be chosen on the basis of abstracts for proposed work on worship-related topics.

In many ways the workshops’ initial task will be definitional. “I don’t even think we can yet say that all the participants will necessarily be speaking about the same phenomenon at the outset,” Segal says. “We may,” Lebens adds, “come up with a number of competing conceptions of worship which will itself enhance the range and types of work on the topic.”

Part of that enrichment comes from the project’s use of Jewish thought and sources as a starting point for the discussion. “From the outset we probably already have a sense that the Jewish view of worship is distinctive and interesting,” Segal says. “What falls under worship in the Jewish tradition includes — perhaps even primarily — study of the text of the Torah, and of Jewish tradition and law more generally.”

Lebens agrees: “Sometimes the focus on a particular religion throws into greater contrast some of the differences between religions, which is useful for practitioners of both religions and people who just want to understand the world around us.” For example, although there are instances of Jewish people praying at the graves of loved ones or praying to angels, those forms of worship have typically been frowned upon. Philosophers with familiarity of Christian traditions of the intercession of the saints or using religious icons in rituals may be able to highlight nuances that might be missed by scholars steeped only in Judaism.

Thus Segal and Lebens have designed the workshops around a group of invited senior scholars that includes Jewish philosophers like Yeshiva University’s David Shatz, Catholic philosopher Eleonore Stump, Protestant philosopher and former Yale philosophy department chair, Robert M. Adams, and Saul Smilansky, an atheist philosopher of religion at the University of Haifa. Andrew Newberg, a pioneer in the field of neurotheology, will be part of the workshops, and the organizers hope that younger scholars will include those with backgrounds in psychology, anthropology, and neuroscience to help inform and respond to the work of the senior scholars.

“Scientists can only research the kind of empirical phenomena here if they have clear definitions of what we mean by worship,” Lebens says. “That is something the philosophers are able to assist with.”

Read about the work and backgrounds of Aaron Segal and Sam Lebens.