Far from being solo achievers acknowledged for pure achievement, geniuses may be largely the products of their networks. 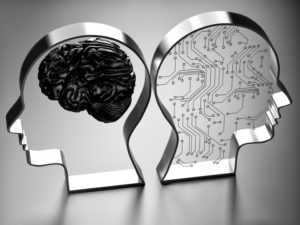 The first attempt to make a rigorous study of human genius was published in 1869 by the English polymath Francis Galton. In Hereditary Genius: An Inquiry into its Laws and Consequences, Galton undertook extensive biographical research to identify, classify, and grade geniuses throughout history, with chapter-by-chapter examinations of notable judges, statesmen, “men of science,” commanders, painters, poets, and even oarsmen. Inspired by his cousin Charles Darwin’s just-released theory of natural selection, Galton laid out the first of a set of theories on the ways that human greatness (and non-greatness) might be inherited and nurtured. In later writings, Galton would coin the phrases “nature versus nurture” and — infamously — the word “eugenics.”

Hereditary Genius reflected the prejudices of its time and of its author, who concluded that non-white races were several grades below Anglo-Saxons when it came to producing geniuses. But beyond mere prejudice, it also established a pattern that has bedevilled the scientific study of geniuses up to the present day: the study of genius has tended to focus too much the people who are geniuses and not enough on the far greater number of people who aren’t.

“The way we study geniuses traditionally is to look at the biographies of many geniuses and try to find common patterns,” says Albert-Laszlo Barabasi, the director of the Center for Complex Network Research at Northeastern University. “But it’s not clear at all that those common factors don’t apply to non-geniuses as well. The geniuses are well-documented but the ordinary people are not.”

Something of a polymath himself, Barabasi is an expert in the study of how networks emerge, evolve, and influence complex systems. When it comes to the origins of genius — which depends both on innate ability and on the right combination of opportunities and societal support for that ability to be actualized and noticed — Barabasi wondered whether network theory, coupled with recent advances in the big-data analysis of sometimes messy data sets, could offer insights and perhaps also help us to identify and nurture potential geniuses across many fields.

The goal would be not so much to compare an Einstein or a Rembrandt to the person on the street than to evaluate what makes an Einstein different from other high-achieving physicists who are not recognized as geniuses.

“We tend to think that performance equals success and the better you are at something, the more successful you’ll be, but when we look at the data we realized it’s not that simple,” he says. “It’s really not about you and your performance but about us and how we perceive your performance.” Genius, in other words, also requires recognition.

A large portion of the data Barabasi and his team will analyze comes from newly searchable records containing the career paths, associations, and publication records of nearly every scientist working from the early 1900s until today. In the realm of fine art, a quite different but comparable dataset has been assembled to track things like gallery shows, institutional affiliations, and auction prices. Barabasi notes that in some ways the data on artistic genius may actually offer more clarity on the necessary societal conditions for genius to be recognized. “In art there is no objectively measurable degree of performance,” he notes. “You cannot just inspect the artwork itself and say this is a million-dollar work, divorced from the context.”

Contextual information will also be important in making sure that the set of datasets are mutually comparable. Within the sciences, a paper with 100 citations might be a marker of exceptional achievement in mathematics, but would be far less significant in biology. To mitigate this, Barabasi and his co-leader Roberta Sinatra will rely on emerging cross-disciplinary work by researchers like Indiana University’s Santo Fortunato, who has developed multiplication formulas to make apples-to-apples comparisons of publication significance across different scientific fields.

Part of Barabasi and Sinatra’s work, though, will harken back to the task begun by Francis Galton — scouring books, articles, and archives to come up with a detailed sampling of people whom societies have deemed geniuses across many fields and eras. They will be aided in this formulation by a team of advisors including U.C. Davis emeritus psychology professor Dean Simonton, who is a world-renowned scholar on genius and creativity; Maximilian Schich, of the University of Texas–Dallas, who has pioneered big data methods in the humanities; and Harvard historian of science Alex Csiszar, who has studied the emergence of scientific journals and their effect on scientific progress.

Once complete, the set of geniuses can be analyzed along with the control data both to see what geniuses have in common and how they differ from contemporaries in their fields, with the goal of understanding both what it takes for a high-achiever to “become” a genius — and what a society can do to encourage the development of the potential geniuses in its midst.

Pre-order Barabasi’s book The Formula: The Universal Laws of Success.