Toward a Scientific Understanding of the Human Capacity for Cognitive Control

“When you rule your mind, you rule your world.” A Princeton research group explores how easy — or hard — it is to follow Sir John Templeton’s maxim. 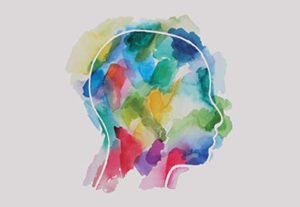 “Don’t scratch the itch.” If you’ve got one, obeying that advice may seem like a trivial feat, but it’s something that’s uniquely human. Not only are we able to comply without any training, but in a split second we find ourselves overriding thousands if not millions of years of evolution, resisting our genetically-programmed urge to scratch.

“That, to me, lies at the core of what it means to exercise will,” says Jonathan Cohen, a psychologist and neuroscientist at Princeton University. With the support of the John Templeton Foundation, he is studying the mechanisms in the brain that give rise to cognitive control. How do we take in an instruction, represent it in our head, and use it to influence our behavior? Everything that makes us human — our language, our ability to reason, our capacity for problem-solving — depends on it. Now, Cohen and his team want to unravel what exactly happens in the brain to give us such flexible control over our own actions despite evolutionary promptings.

Free will has been a subject of great philosophical interest and debate for millennia — and a principal curiosity of the Templeton Foundation. As Sir John wrote, “gaining control of one’s mind” holds the key to a good and meaningful life.

The challenge of “mental girding”

Cohen aims to show what it takes to exercise our will in a laboratory setting. For example, “don’t scratch” finds an experimental analogue in the Stroop test, in which subjects are shown color-words written in a different-colored font (say, the word “red” appearing in green). Naming the color, and not the word, can be surprisingly difficult, requiring the same kind of “mental girding,” as Cohen calls it, that resisting an itch does. Both efforts rely on working memory, association-building, and other active mental processes. Analyzing studies based on the Stroop test has led Cohen’s research team to explore broader applications of willpower as well: How do you plan your day? How do you decide your priorities? How do you make certain decisions or solve specific problems, which require a choice between viable options?

“Our analysis of the mechanisms at play here can paint a picture of the constraints you can expect a person to have [when it comes to] establishing things like willful action or planning,” Cohen says. “Which in principle can start to be a way of building a normative theory of action, a moral set of guidelines.” 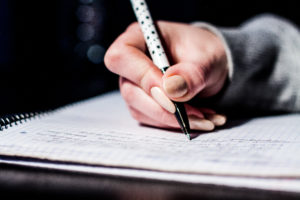 Cohen’s research has widespread implications. Take computer science: although some people boast of being able to “multitask,” in fact human beings are very poor at engaging simultaneously in more than one task that demands cognitive control. In a 2014 paper, Cohen and his colleagues showed that this limit on multitasking is not a reflection of our brain’s limited capacity, as previously hypothesized, but rather of the way the brain is optimized to efficiently handle tasks in consistent ways. Insights about how this optimization occurs can be applied to the design of computer systems, to make them more human-friendly.

There are also applications in cognitive neuroscience: This project has examined people’s performances on control tasks by measuring brain activity in real time — which in turn allows the researchers to adjust their psychological tests to train subjects, unwittingly, to do better.

Cohen’s team is now working with clinicians to apply their findings to people suffering from depression, in the hopes of using this technology and these techniques to help them focus on more positive, and less debilitating, thoughts. They hope to conduct similar tests with people who suffer from PTSD.

“If it works,” Cohen says, “it could open up a whole new world of clinical practice.”