Theologically-Engaged Anthropology: What Can Theology Contribute to Cultural Anthropology and ethnography?

Anthropologists are sometimes ill-equipped to interpret the religious motivations of their subjects. A new initiative is trying to change that. 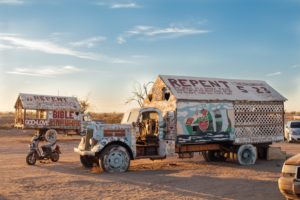 Beginning in the late 1970s, the Urapmin people, a traditional hunter-gatherer society who live in an isolated valley in the western mountains of Papua New Guinea, converted en masse to Christianity. As they proceeded to internalize and practice their newly acquired faith, they began to systematically abandon cultural practices now seen as incompatible with their new convictions. When anthropologist Joel Robbins arrived in the 1990s to do fieldwork among the Urapmin, he found them in a cultural situation his own training had not prepared him to interpret.

“Anthropology is really built on reaching out to the cultural other, groups that were non-European, non-Western,” says J. Derrick Lemons, an anthropology professor at the University of Georgia and director of the Center for Theologically Engaged Anthropology. “That was the bread and butter of anthropology through the ages. The idea was: we want to know what the ‘real’ religion of these people consists in.” But with the Urapmin, Robbins found a group of people whose conversion had not been directly influenced by Western missionaries. Their strand of adopted Christianity seemed unique, and Robbins initially struggled to sort out the theological underpinnings of their approach to their faith.

According to Lemons, who has worked with Robbins and other scholars over the past several years to strengthen ties between the disciplines of anthropology and theology, “when you’re interviewing someone about their faith, they may not say they’re quoting Augustine or that their beliefs are structured or inspired by Calvin. They may not have that type of language and it would take someone with some background in theology to know these ideas didn’t just drop from nowhere.”

In the fall of 2018, Oxford University Press will publish Theologically Engaged Anthropology, a volume edited by Lemons and featuring essays from key contributors to the working groups that he chaired under a grant from the John Templeton Foundation, including Robbins, theologian and religion-science expert Alister McGrath, and Jesuit priest and scholar of Hinduism Francis X. Clooney. With the book, Lemons and his collaborators will present a pair of frameworks for communication and collaboration between anthropologists and theologians. The first of these is what Lemons calls a stratified framework, modeled after similar systems used to facilitate science-religion dialogue. On that approach, each discipline’s territory — its strata — are clearly delineated to clarify the roles the two disciplines might play. “What’s really important to the stratified framework is that boundaries are maintained,” Lemons says. “As an anthropologist I’m not trying to speak for or as a theologian and vise versa.”

The second framework developed through the project is a so-called transformational framework, which downplays the need for separation. “People are saying, ‘We’ve spent so much time trying to maintain these neat closed boundaries, we’re going to investigate this research question and wherever that takes us, we’re not going to worry. If it seems like we’re speaking more as a theologian, that’s okay. If we’re writing more from an anthropological standpoint, that’s okay,’” Lemons says. “In the past we’ve been so consumed in maintaining a boundary that we may have completely missed some implicit theology.”

Lemons hopes the frameworks sketched out in Theologically Engaged Anthropology will provide anthropologists with a better toolkit for understanding the religious beliefs and motivations of the people they study. “What they heard in the field in a sentence or two may come with a whole history that places it within Christianity in a more holistic way across time and space,” he says.

Lemon’s own collaborators, meanwhile, are turning their attention to the ways theology and anthropology can interact to help make sense of rapid religious change, whether at the local level, as Robbins documented among the Urapmin, or in broader globally interconnected contexts. “We’re forming working groups in the U.S., Australia, Canada, U.K., and South Africa to gather scholars in those regions from different religious traditions and ask them where they are seeing this type of rapid religious change,” Lemons says. “Our hope is that we’ll begin to see some patterns coming out of this — maybe not a grand theory, but at least see some important connections across religious traditions and cultural situations.”

Learn more about Lemons and his colleagues’ work at The Center for Theologically Engaged Anthropology.