The Virtue of Curiosity: How Eagerness to Learn Fosters Learning, Creativity and Engagement

A quartet of researchers are using computer games and brain scans to measure — and manipulate — our desire to know. 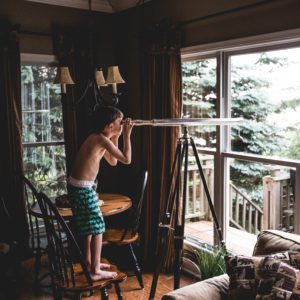 Daphna Shohamy, a professor of neuroscience at Columbia University, came to the study of curiosity through an appropriately roundabout way. A few years ago she was working with Caroline Marvin, a researcher at her lab, investigating the neural basis of impulsivity. “We were thinking about all the ways in which people act impulsively,” Shohamy says, “trying to understand the intersection between impulsivity and learning — is impulsivity a problem with learning, or is it crucial to learning?” If it was the latter, they realized, they were really talking about curiosity, the subjective impulse to know.

“We tried to find research on the topic and discovered that not a lot has been done on curiosity,” Shohamy says. “Much of the work out there on how curiosity works looked to us more like research on motivated behavior and the role of rewards in driving behaviors.” But to Shohamy and her colleagues, curiosity seems less like a behavior and more like a trait related to creativity, personality, and consciousness. They also discovered a helpful distinction between two different types of curiosity — the utilitarian desire to learn useful information, and the drive to learn new things simply because they’re interesting.

Shohamy’s current multi-year curiosity project grew out of a conversation she had with Thalia Wheatley, a cognitive science professor at Dartmouth who specializes in brain imaging studies. “When we started thinking about this topic, she mentioned that the work of Jonathan Schooler on creativity also seemed to be closely related. That in turn led us to see the relevance of Ran Hassin’s work on conscious awareness. In the span of a single conversation we thought — wow — the four of us together could really cover the central aspects of curiosity.”

After successfully recruiting both Schooler (from the University of California, Santa Barbara) and Hassin (from the Hebrew University of Jerusalem) to the project, the four investigators mapped out an ambitious fourfold approach for investigating curiosity — examining how it impacts learning, how it relates to creativity and problem-solving, how it is connected to conscious perception of our surroundings, and how and why people seem to display different levels of curiosity.

The experimental portion of the studies will be carried out largely with simple computer games. One such game will involve a series of trivia questions (such as “What’s the most popular book in the U.S.?” or “What’s the largest organ in the human body?”) where participants can elect to wait for a set time between 5 and 45 seconds to see the answer — or skip to the next question immediately. The participants are tested a week later on the trivia they were willing to wait to learn. By combining those results with those from a separate set of respondents who were asked to rank the questions on how interesting they were, Shohamy’s team hopes to be able to accurately compare different people’s levels of general curiosity. A subset of respondents will take the test while their brains are being scanned using an fMRI machine, to see what parts of the brain are activated when curiosity is at work.

Shohamy says the researchers expect to focus on three regions of the brain: the ventral striatum, which is well-established as a center for reward anticipation, the hippocampus, which is important for building long-term memories, and the ventromedial prefrontal cortex, which seems related to both reward processing and to building semantic networks. The last area may be especially important for interest-based forms of curiosity.

“There’s something really special about wanting to know something that is exciting to us precisely because it’s not clear what the reward actually is,” Shohamy says. “We think a lot of the patterns that might make this interest-based curiosity unique have to do more with semantic processing — with parts of the brain that are involved in high-level understanding of a concept.”

CURIOSITY AND THE CLASSROOM

Beyond simply measuring curiosity, Shohamy and her colleagues hope to explore what kinds interventions might enhance it. “One of the things we’re looking at it has to do with obstacles and effort,” Shohamy says. “There’s quite a bit of work to suggest that if you create an obstacle people are more motivated to solve a puzzle. In our experiments we’re looking to see whether that also has an effect on curiosity.”

Another target for intervention concerns whether knowing too little — or too much —  about a subject might dampen individual curiosity. “If you know nothing about a topic, you might not be curious about a trivia question,” Shohamy says. “But if you know almost everything about a topic you also may not be curious. So there’s sort of a sweet spot in the middle where you know enough to have an interest. It’s that gap — knowing something but not knowing enough — that really spurs curiosity as a driver of behavior. If that’s true, it might give us an idea for how to take some of these findings into the classroom, to work with individual children and find out where their sweet spot is.”