The Spiritual, Character, and Virtue Formation of Seminarians

Seminary training makes for better theologians and ministers. But does it make them more loving, humble, or resilient? 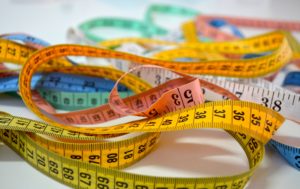 If you read the mission statements of a dozen North American seminaries, certain commonalities emerge. A composite statement would indicate that seminaries exist “to prepare and equip women and men for Christian ministry.” Much of that preparation can be quantified academically or vocationally — courses completed, papers produced, internships secured. What has traditionally been less easy to measure (and thus less-often measured) has been the development of individual character over the course of their studies.

David Wang, a professor of psychology at Biola University, has a longstanding interest in the links between spiritual learning and character development. “I think anyone who has received any kind of religious theological education,” he says, “has met individuals that can get straight A’s in philosophy and theology and they know their Bible through and through, and yet they’re still suffering from really significant character flaws.”

Wang, along with his Biola colleagues Peter Hill and Steve Porter, is currently leading a early-stage project to adapt tools from psychology and philosophy and insights from the field of spiritual direction in order to help seminaries gather longitudinal measures of their students’ character development.

Wang’s team is working closely with the Association of Theological Schools (ATS), the largest North American accrediting organization, with around 270 member institutions including Catholic, Protestant, Orthodox and non-denominational seminaries, on the project.

Part of the challenge of developing an effective tool that will be useful to a wide range of institutions is finding a common language that integrates approaches to spiritual and character formation from psychology, sociology and philosophy together with a spectrum of theological approaches to the subject. “At least within Western academic settings, the different fields of study generally don’t talk to each other,” Wang says. “The theologians don’t talk to the psychologists, who in turn don’t talk to the philosophers. And even though we have all these wonderful instruments to measure different virtues and character strengths, the theologians and the spiritual directors don’t know they exist.”

Although the team has a general outline of the form that their tools will take, Wang emphasizes the importance of beginning with very basic questions: “How should we define spiritual maturity? How can we tell the difference between people who exhibit certain positive spiritual behavior, and yet don’t really hit the mark?”

Wang notes that well-established psychological scales for measuring characteristics like humility, generosity, gratitude, and forgiveness will provide some of the baseline for a general survey. But each tradition will likely have its own approach and historical insight when it comes to defining and measuring character development.

Wang is confident that a slow roll-out of the program, combined with regular and abundant input from the piloting institutions, will help make the final product more robust and useful. “Any prototype we develop will have flaws and limitations at first,” Wang says, “but it’s still going to significantly advance the field because nothing like that like this exists right now.”

Although the primary purpose of the project is to develop ways for seminaries to better assess the state and progress of their students’ character development, Wang predicts that the act of measuring and tracking these traits will have direct effects on the students. “We’re hoping that the assessment itself will be an intervention,” he says. “Some seminaries will look at our instrument and say, ‘Well they’re interested in looking at this, and we didn’t think about that; but, yes, it does make sense that these characteristics are related to spiritual development.’”

Wang also hopes that the project and the data it produces will provide a means for dialogue between seminaries, allowing them to share their challenges and best practices. “Hopefully this will be a context to bring people together to share insights on what worked and what hasn’t worked,” he says, “so that people aren’t doing this work all by themselves.”