The Geography of Philosophy: An Interdisciplinary Cross-Cultural Exploration of Universality and Diversity in Fundamental Philosophical Concepts 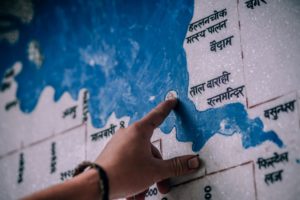 The concepts of knowledge, wisdom and understanding feature prominently in the major philosophical and religious traditions across the globe. Indeed these notions play a critical role in how human well-being is conceived within these traditions. But when these critical components of human flourishing are affirmed in these diverse systems of thought, to what extent do they refer to the same thing? When, for example, Christians in Texas and Buddhists in Thailand commend the cultivation of wisdom, are they recommending the pursuit of the same goal? This is the question that has vexed Edouard Machery, a French-born philosophy professor at the University of Pittsburgh. “For a very long time there’s been a more or less explicit assumption that these concepts had to be shared by all human beings,” he says. Machery believes that by asking the right questions of enough people across divergent cultures, philosophers and anthropologists can arrive a richer, more nuanced, and more accurate grasp of how these concepts are understood.

Partnering with two long-time collaborators — Rutgers philosopher Stephen Stich and UCLA anthropologist Clark Barrett — Machery is leading a team of dozens of researchers in ten countries to undertake what might be described as an act of “ambitious humility.”  Philosophers have tended to assume that concepts like knowledge, wisdom, and understanding have the same meaning in different cultural contexts. The work of Machery and his colleagues will test this assumption through an empirical philosophical project that is unprecedented in size and scope, which will yield a wealth of new data about these three concepts.

Over the next few years, the project team will survey thousands of participants across Slovakia, Ecuador, India, Japan, South Korea, China, Peru, South Africa, Morocco, and the United States in an effort to learn more about how these concepts are understood in varying cultural contexts. If we want to know how culture affects our thinking about philosophically significant topics, these three related concepts are an important place to start. Knowledge, Machery explains, lies at the center of many systems of thought within philosophy. “Every language seems to have a translation of the phrase ‘to know that …’ The reason we’re focusing on it is because of its possible universal nature. There will be some variation, but we know we’re going to find an analogue of this concept in all languages.”

Understanding is a less well defined concept. “You can know a mathematical theorem or proof in logic without really understanding it,” Machery notes. “The question is, what’s required for understanding in addition to knowledge? Where do cultures draw such a distinction?”

Wisdom is also a culturally recurrent notion, but one with various meanings. Is it simply a rarefied form of knowledge or understanding? Does it contain moral overtones about what it means to live a good life? “It may be that having knowledge is not enough to be wise, it may take a special grade of knowledge or epistemic status such as understanding to be a wise person,” Machery says.

Since all researchers are products of their own culture, one challenge for the project will be to avoid bias in the surveys of people from other cultures and in the interpretation of the survey results.  Machery is keen to minimize the extent to which his own background might influence the way the surveys are carried out. “We are letting our collaborators help us inform the very questions that we’re asking so that we don’t bring our Western way of thinking about knowledge, wisdom and understanding and bias the research we’re going to be doing,” Machery says.

In addition to surveying individuals across many cultures, the project aims to deploy scholars and utilize research methods across numerous disciplines. Machery’s collaborators and advisors, many of whom are residents of the countries where their research will be conducted, span disciplines from psychology and sociology to neuroscience, economics, linguistics, religious studies and even poetry. “It’s been more challenging but also exciting when we work with new people, largely because we have to define a research program that is meaningful for each team, but also do-able by each team,” Machery notes. One hope for the project is that it will spur the formation of a new academic society where experts from many disciplines can plan and share further research.

GETTING THE RIGHT RESULTS

The project team is keen to ensure that their findings are sound, and so will be using a robust set of methods and very large sample sizes. “In the past where psychologists were happy with small sample sizes of 20-30 people; we’re aiming for 200-300 people within each culture,” Machery says. “We do hope to have a dataset with perhaps 2,000 subjects, which is unusual psychological research.” Some of the populations will offer interesting opportunities for comparisons across certain variables. In Morocco, researchers will work with Arabic speakers from Muslim, Christian and Jewish communities, allowing the team to observe how religion influences notions of wisdom among otherwise similar cultural groups. Similar comparisons can be made across other cultural variables. For example, Machery notes, “It may be that urban people in Seoul roughly have the same expectations about wisdom as people in New York, but people who live in the countryside in Korea may have very different expectations.”

Ultimately, Machery and his partners hope that the project will spur new research into the ways that culture influences other philosophically central concepts, such as free will and moral responsibility. More generally, he hopes that a new movement in comparative psychology will help Western-trained philosophers gain a greater sense of the variety of ways that core philosophical concepts are understood. “People who’ve been working on Chinese philosophy or on Indian philosophy have always made a similar argument,” he says. “If you just limit yourself to traditional Western philosophy, you may be missing important questions . . . and answers.”

Find out more about the project at the Geography of Philosophy website.

Explore some of the thought behind this project with Edouard Machery’s 2017 book Philosophy within Its Proper Bounds.