The Center for Parent and Teen Communication

The CHOP Center to Promote Adolescent Health, Character, and Well Being: A Research, Translation, and Dissemination Initiative

Aided by loving, balanced parenting, adolescence is much more than something to be gotten through 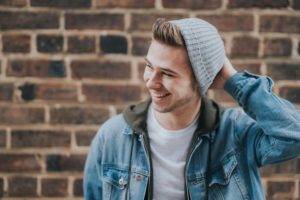 There are many problems that today’s teenagers can face — school troubles, bullying, peer pressure, depression, body issues, and navigating sex, just to name a few — but being a teenager is not itself a problem. As a physician and expert in adolescent social development, Ken Ginsburg of the Children’s Hospital of Philadelphia is well-versed in the myriad challenges adolescents and their parents face. But he doesn’t like the notion — prevalent in modern media — that adolescence itself is part of the problem. “It’s an idea rooted in all sorts of myths and understandings about adolescence,” he says, “Today the dominant conversation about adolescence is that it’s a time to be gotten past.” In Ginsburg’s experience, these negative views of adolescence can have real, negative consequences. “If you believe that adolescents think they’re invincible, then all you’re going to do is protect them from themselves — you’re not going to develop them. If you believe that adolescents don’t care what adults think, you’re not going to jump in and give them your guidance,” he says.

Over the past three years, Ginsburg and his colleagues have developed and launched the Center for Parent and Teen Communication (CPTC), a resource for parents and teens designed to advocate for a more positive approach to the teenage years — one rooted in love, acceptance, and the idea that adolescence is more than just avoiding the negatives. The center’s award-winning website, parentandteen.com, offers a large and growing set of videos, articles, and explainers designed to help spur effective parent-teen communication — not just when problems arise, but as a baseline for a more positive way of experiencing adolescence.

“I define love this way: seeing someone as they deserve to be seen, as they really are, not based on the behavior they might be displaying in the moment,” Ginsburg says. “We’re working on helping parents understand how to have open and respectful communication with their children — how to apply the best standards of what’s called balanced parenting, where they are loving, while giving clear and appropriate boundaries.”

Balanced parenting involves neither giving in to whatever a teen wants nor trying to completely isolate them from any challenges. “The most protective thing in a young person’s life is to be really seen and valued,” Ginsburg says. “That way, when things are not going as smoothly, there’s a very clear sense that the parent has that says, I know what you’re capable of, I know who you really are, and that’s the young person I expect to see.”

The goal of balanced parenting, marked by unconditional love, is a lofty aspiration but one that can be moved towards through basic steps. “Parents also have to have the skill sets to know what to do,” Ginsburg says. “They even sometimes have to up the scripts to know what to say  to promote not just positive behavior, but core character strengths like integrity and honesty, and gratitude.”

Ginsburg says that the parents who take a balanced approach are the ones that kids listen to. “They also produce the very best outcomes for young people — better school performance, lower drug use, less likely to be bullied, safer drivers,” Ginsburg says.

Ginsburg’s team at the CPTC has developed a wide range of data-backed, parent-tailored resources, ranging from explainers on adolescent physical and mental development to a series of brief “Parenting in 100 Words” features, each offering easy-to-apply tips on topics ranging from being a digital role model to guiding teens in making smart decisions.

In parallel with the website, Ginsburg and his colleagues have also made a significant outreach effort to getting their ideas and resources into the hands of journalists, bloggers, book authors and parenting social media influencers — recent citations of their work have appeared in the New York Times, Psychology Today, CNN Health, and Your Teen Magazine. “We’re working with folks who are already writing a lot about how to parent adolescents, giving them information that is credible, evidence-rooted, strength-based and positively portrays the power of family relationships in adolescence,” Ginsburg says. “When parents Google, How do I reach my kid? we want there to be positive messages out there, not just the survival guides.”

In the next phases of the project, Ginsburg and his team expect to continue their outreach efforts while also partnering with experts to learn how to tailor the insights of a balanced parenting approach to specific sets of community needs. “I will rest when I see that the discussion about adolescents is one that recognizes and builds on their strengths,” Ginsburg says. “We’re not there yet, but I think we’re adding a lot to the conversation.”