String Theory and the Anthropic Universe

Has flawed intuition created false support for the multiverse? 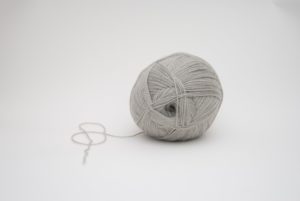 In recent years physicists and astronomers have demonstrated that the laws and constants that govern the cosmos must be structured in highly precise ways in order for intelligent life to emerge. As a result, if the universe that we observe is the only one there is, its existence in a form that can support intelligent life seems incredibly improbable. But if there are a great many universes — a concept known as a multiverse — it is more likely that one would exist that has just the improbable features needed to sustain intelligent life. It’s an idea whose implications ripple out from physics into philosophy and theology.

String theory, a mathematical and conceptual framework that attempts to unify many disparate elements in fundamental physics, is thought to allow for if not require the existence of more than 10500 universes — a number sufficiently staggering to comprise a multiverse — but only if its constituent universes compose a so-called landscape of viable universes that resemble our own. One feature of this landscape would be a cosmological constant (the energy density of the vacuum of space) that is not negative. The observed universe has a cosmological constant that is small but positive.

Over the past two decades, a vocal group of physicists in the field have argued that string theory supports the existence of a multiverse which consists of universes that resemble ours. But in recent years a small group of string theorists led by, among others, Iosif Bena of the French Commissariat à l’Énergie Atomique et aux Énergies Alternatives, have been methodically challenging the claim — suggesting that the mathematical adjustments needed to describe this string-theory-enabled multiverse are flawed. You have to adjust upwards the cosmological constants of all the universes constructed in string theory to obtain a landscape of universes with a positive cosmological constant, in a mathematical sleight-of-hand that Bena does not think is tenable.

Bena and several colleagues — his latest close collaborators have been two postdoctoral fellows supported by the John Templeton Foundation, David Turton, and Johan Blåbäck — have spent much of the past few years working to expose these flaws. It is a task Bena likens to the Hydra of Lerne in Greek mythology, the monster that grew two new heads for each one that is cut off. “We destroy one proposal and then, people come up with two more proposals, and you keep on going,” he says. Part of the difficulty is that many arguments that make intuitive sense when articulated at a high level of abstraction require significant work to fully analyze and, where appropriate, to refute at the level of the details.

“It’s quite easy to make an intuitive argument, write it and put it on your Facebook page,” Bena says. “It’s much harder to try to do final diagrams and complicated supergravity calculations and find out that the end result is actually ends up being zero.”

Bena says that while it would be ideal if his colleagues had a theory to directly replace the landscape constructions he believes are flawed, string theory is now complex enough that it will take many scientists working collaboratively to piece together a more plausible and defensible framework. But he believes that his project will be good for the discipline as a whole, offering the chance to attract more research talent to the area. When a matter appears settled, researchers begin to look elsewhere for interesting problems. “I hope once we show that  this whole direction of the multiverse has been built on incorrect ingredients, more are going to take up the task,” Bena says.

In the years since Bena began presenting his critiques in papers and conferences, he says he has received encouragement from less-outspoken members of the string theory community, both those who strongly share his doubts and those who simply welcome a more robust critique of the pro-multiverse stance.